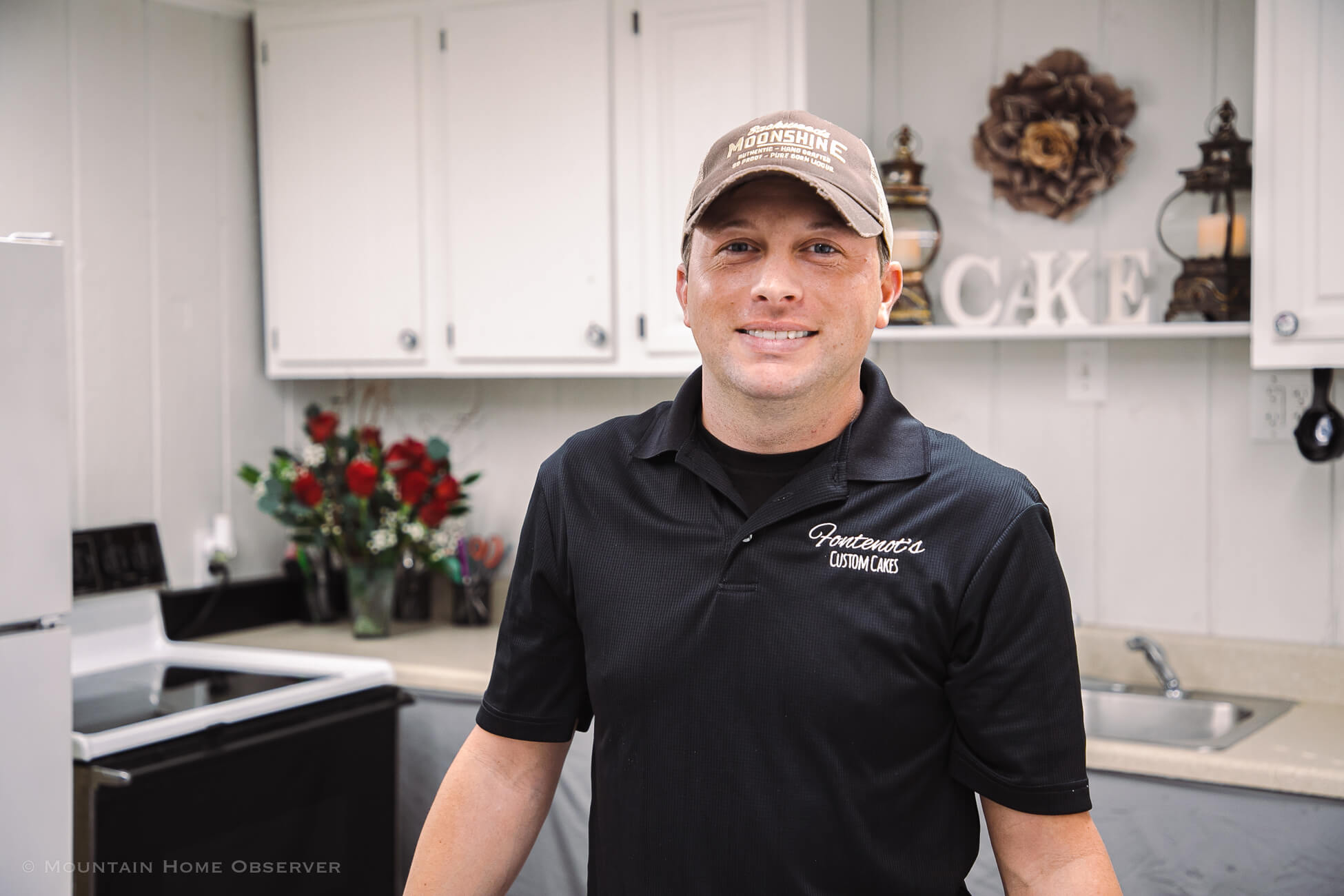 A party without a Fontenot cake is just a meeting

Out of all the different types of deserts in the world, nothing beats the good old classic cake.

From some of our earliest years and on, cakes mark the special days in our lives. They mark days like our birthdays, graduation, getting married, landing that first big job, and retiring from the workforce.

Famous cook and television personality Julia Child once remarked that “a party without a cake is just a meeting.”

And that’s why Bruce Fontenot of Fontenot’s Custom Cakes spends each day pouring his heart and soul into every cake he makes.

“I take such pride in my cooking,” said Bruce Fontenot. “What I love is for people to get an awesome cake, but I also like decorating because when you decorate, something is your own creation. Your own art that you’re working with.”

Nestled in the trees and rolling hills of Promise Land outside Mountain Home, Fontenot has set up his small cake shop in one of the old cabins of Acorn Acres.

In his quaint kitchen, Fontenot works to create anywhere between 12-15 cakes a week for customers before loading up his vehicle and delivering his fanciful creations directly to their door. The kitchen is small but tidy, offering Fontenot a great view of Bull Shoals Lake to gather inspiration from while cooking before he walks over to the next cabin that he calls home.

“So, this was an old resort a long time ago,” Fontenot said. “It was Acorn Acres about 30 years ago. It was a resort, but the people that own it now, they rent the properties. Matter of fact, I have all of these cabins.”

Born and raised in Southern Louisiana, Fontenot got his love of cooking from his grandmother, who focused on teaching the ins and out of Louisianan cooking and baking.

That love of cooking would eventually grow into a full-time career after Fontenot entered the foodservice industry as a server and then a restaurant manager for six years before leaving his native state for the Ozarks, where he would begin to focus on baking full-time.

“My grandma was the one who started me in cooking and everything,” Fontenot said. “Just being in South Lousiana, I just learned how to cook the whole Lousiana foods, and then I’ve just always baked. Never did it professionally until a couple of years ago, though.”

After arriving in the Ozarks, Fontenot began working at Sugar Lily Baking and Floral in West Plains, Missouri.

Fontenot began to learn the ins and outs of the industry while working at Sugar Lily’s and focusing on perfecting his craft and finding the best ingredients to use while baking cakes. Finally, in August of 2021, Fontenot started his own bakery.

“I worked with them for a good while,” Fontenot said. “Then I ended up opening my own because it was such a drive for me over there. Me and them actually work together. We help each other out a lot. We share equipment and supplies, and this and that. So, we’re still really good friends.”

Fontenot’s Custom Cakes creates custom wedding, anniversary, and birthday cakes alongside pies and cookies. All baked goods from Fontenot’s are made with smooth buttercream and little to no fondant.

Cake sizes can run from super small smash cakes to five-tier cakes for larger events. The base price of a cake runs $60, with prices rising for additional services. Fontenot’s popular cupcakes run for $36 a dozen.

Wedding tastings are available at Fontenot’s kitchen in Promise Land.

“My favorite thing is creating the perfect tasting cake,” Fontenot said. “So, that way, you’re going to have a really nice fluffy cake that’s super moist. I can’t tell you how many samples I went through to find the perfect fillings that matched these cakes. My cakes, I pull them out of the oven to the minute. I’m watching them like a hawk because I want them to be super moist when people eat them. People don’t want to pay a big price for a dry cake.”

Fontenot said his business has taken off since he first started in August of last year, with his busiest time being the holidays after his soft launch in November, where he said he sold over 130 pies for Christmas alone.

He made around 100 King cakes for Ephinany earlier this year.

“I’m hoping, in probably a few years, to end up moving into town,” Fontenot said. “I’m trying to get established good and get everything situated.”