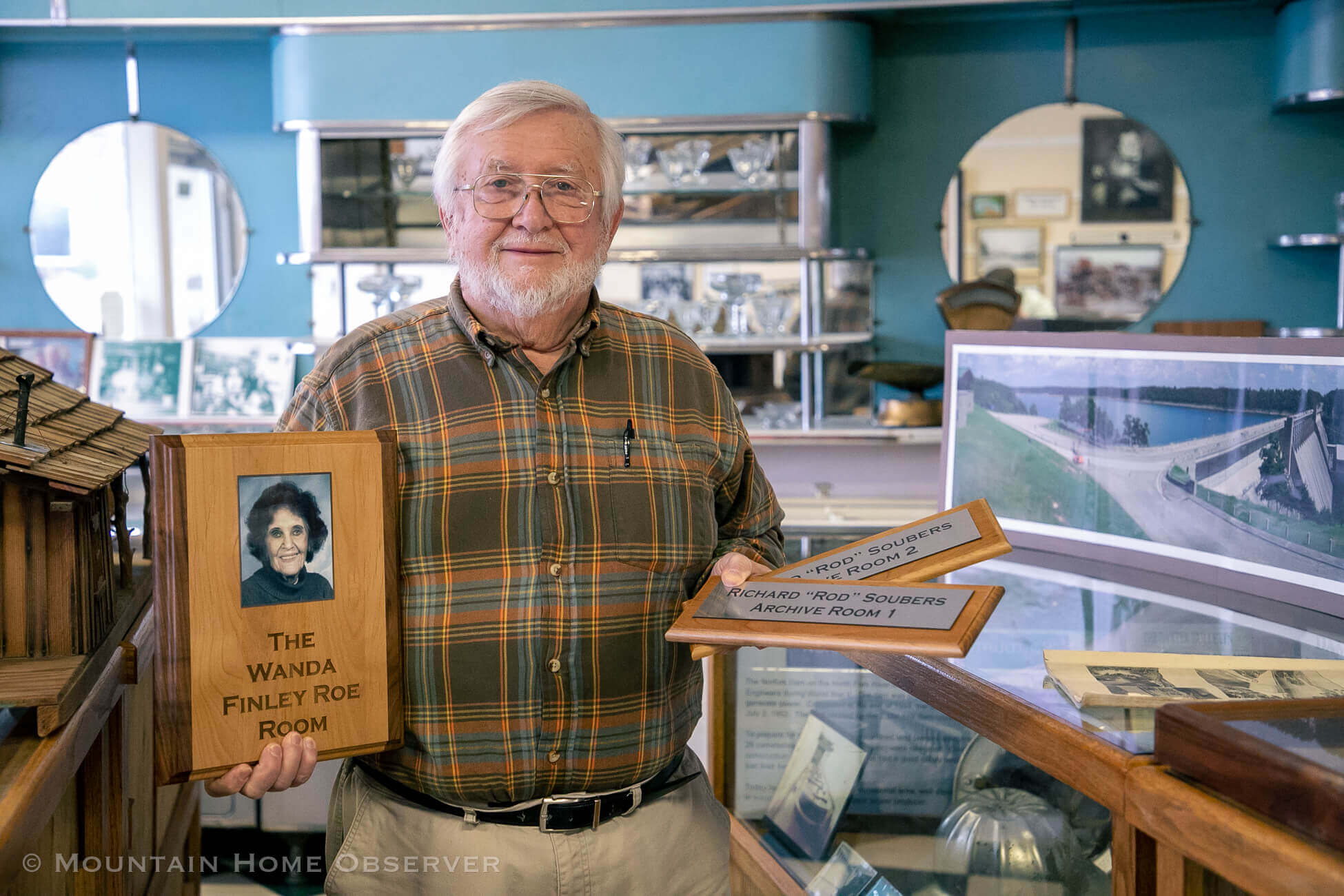 A past worth preserving: A look at Baxter County’s Historical and Genealogical Society

Get the latest MH happenings via email

There’s always that sense of mystery and wonder to them. How did this park come to be? Why did people want to live here in the first place? What struggles did they face along the way to creating their new home? Who did they name their city after?

That feeling and curiosity has driven people all over the world to search through documents and repair old structures in the hopes of maintaining a connection to the past. That need to preserve what came before also starts here, in our very own home.

Baxter County has a deep history filled with tales of adventure and tragedy that spans over 149 years.

And while Baxter County might be relatively new in terms of world history, that didn’t stop a group of dedicated history lovers began forming the county’s very first historical society back in 1973.

“The society began as a response to the increased interest in the history of the area that occurred at the time,” said David Benedict, president of the Baxter County Historical and Genealogical Society. “The centennial of the county was celebrated in 1973. There were a lot of activities at the time, including wearing period costumes and special dinners. I believe that Governor Dale Bumpers attended that event.”

After several meetings and planning sessions, the Baxter County Historical Society was officially charted in 1974 and began its work in cataloging and archiving the county’s historic and government documents.

By 1975, the society was publishing its quarterly history journal, a tradition that still continues today.

It also took up its first renovation project with the Casey House that same year.

“The first big project of the society was to acquire the Casey House,” Benedict said. “It was the oldest house in Mountain Home. It sits at the corner of the fairgrounds. It was built by Col. Randolph Casey.”

Built by Col. Randolph Casey in 1858, the Casey House is a two-room “dog-trot” cabin that survived the Civil War in the 1860s and a near-devastating tornado in 1985. Most of the building, including the foundation stones, is original, although some new wood was added during repairs after the tornado.

Casey was born in 1810 in Tennessee and would move to Arkansas in 1857 after his first wife died. Initially settling along the Norfork River with his younger brother, Casey decided to continue to push further west to a small but growing settlement called Rapp’s Barren, which would eventually become Mountain Home.

After serving as a Confederate in the Civil War, Casey returned home to his house and helped establish Baxter County’s newly formed government in 1873. He died in 1896.

In 1971, Casey’s house was purchased by the county from Lloyd Fisk and Neil Nelson and would be turned over to the Historical Society a few years later. To date, the society has helped maintain the property, including replacing aging wood and the home’s roof.

“It was almost demolished in a tornado in 1985, and the society had to rebuild it again, making it as much like the original as possible. The tornado got very close to town,” Benedict said.

While the Casey House was the first big project for the Historical Society, it was not its last.

Around 2006, the Historical Society found itself taking over Rollins Hospital, where it would become a museum.

Founded in 1923 by Dr. William James Rollins, the Gassville hospital was the first hospital in the area. At the time, most doctors in the area had an office and maybe one or two rooms set aside for patients, but most patients were treated at home. Before its opening, the nearest hospital was located in Harrison, Boone County, Arkansas, 50 miles away.

Dr. Rollins proved himself to be a colorful character in the area, and much of his personality impacted the community through his work at the hospital. In the 1930s, Rollins asked Chicago-based Dr. Guenthner to join him at his hospital.

The partnership was successful, with Guenthner taking over the hospital in 1946 after Rollins retired. The hospital would change hands a few more times, and a new name, before finally ending up with the Historical Society.

Under the Historical Society, the hospital was transformed into the society’s first museum, where it would host a variety of historical documents, photos, paintings, clothing, tools, and more before the society moved the museum to its new location on Baker Street in Mountain Home.

“In that building, the society moved their archival materials in there and set up a museum with exhibits of historical artifacts and costumes,” Benedict said. “ And, of course, a lot of the medical equipment that was in the hospital. In 2008, another tornado came through in Gassville, and the roof of the building was damaged, and some of the artifacts and things got wet but weren’t destroyed.”

With the building damaged, the society moved its material to First Baptist Church and began to host regular meetings at the Baxter County Library. In 2012, the society would sell the building to pay for a down payment on its new headquarters at 808 Baker Street in downtown Mountain Home.

The new headquarters features a fully climate-controlled archive and research library filled with thousands of documents from Baxter County’s various governments and a lobby that has been transformed into a full-time museum.

The museum features a large gallery of significant historical photographs of our area, the original soda fountain from The Sweet Shop, medical equipment from Rollins Hospital, clothing from the Casey Family, a model of Norfork’s Wolf House, a variety of musical instruments and more.

“This was all remodeled, and the spaces that you see were created, and one more archive room was put in upstairs,” Benedict said. “Because at the time, Rob Sobers, who was our archivist, and had a lot of experience from working with the national archives and records administration. He helped us design the archives here and set up the way to operate the archives in terms of acquiring the documents and so on. He also arranged with the county an agreement whereby the society became an official repository of the county’s older public records.”

For more information on the Baxter County Historical and Genealogical Society, contact 870-425-2551, or visit their website here. Membership is open to anyone, with prices ranging from $30 to $100 per year, depending on individual, family, or sponsor memberships.

The Historical Society’s Heritage Center is located at 808 South Baker Street in the downtown historic district of Mountain Home. The Center is open to the public from noon until 4:00 p.m. each Tuesday and Thursday, and other times by appointment.