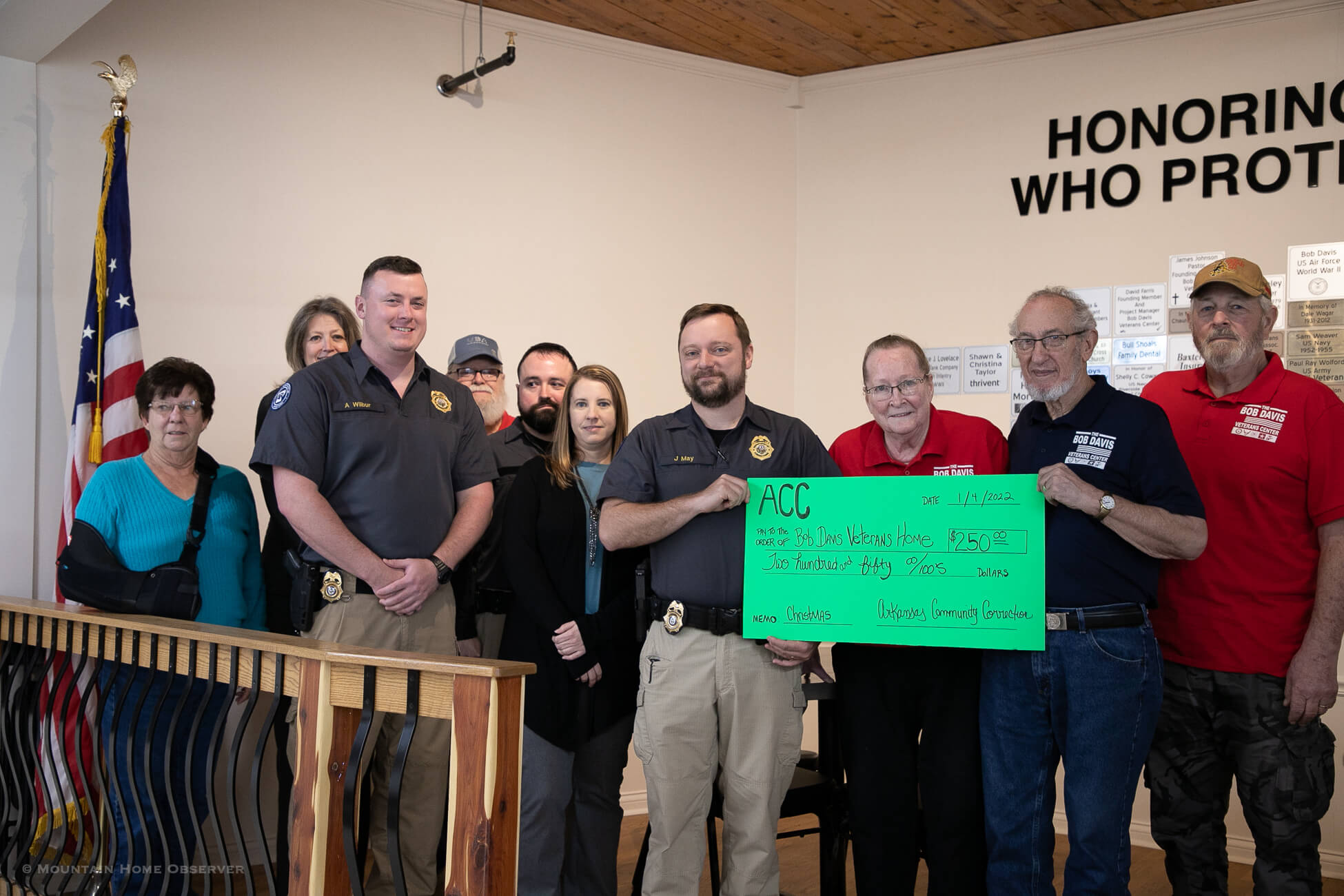 Arkansas Community Correction (ACC) donated $250 to The Bob Davis Veteran Center and will receive a spot on the center’s Wall of Honor.

“We’re not a fit for everybody,” said Joanna Farris, secretary/treasurer for The Bob Davis Veteran Center. “We’re a working center, and we’re not a free ride. Our whole goal is to you back into a productive member of society. It’s a hand-up, not a handout.”

The Bob Davis Veteran Center is currently going through a soft launch before its grand opening in March and has begun housing struggling veterans in search of work and a better life.

The center, named after Mountain Home veteran Bob Davis, was created by Farris and the Twin Lakes Thunder Rally after an anonymous donor approached them before backing out after they agreed to take on the task of building the center.

Farris and the Twin Lakes Thunder Rally purchased Mountain Home’s former Assembly of God church in 2019 and spent the next two years renovating the building in preparation for the center’s launch.

Renovations slowed down in 2021 after the COVID-19 pandemic put a strain on the city’s workforce and slowed down the center’s ability to get the supplies it needed to finish the job.

Farris and the Twin Lakes Thunder Rally donated over $300,000 to renovate and open the center. The shelter is currently providing aid to three veterans.

“We’ll do the grand opening sometime in mid-March,” Farris said. “We are open, and if it stays cold, we’ll have more people over. The coffee hut will be open Tuesdays and Thursdays from 8 a.m. to 2 p.m.”

Bob Davis was a World War II veteran who moved to Mountain Home in 1977. Known for his ability to fix anything, Davis opened the Mountain Home Machine Shop and was considered a walking encyclopedia of knowledge surrounding machinery.

He was known for his passion for riding motorcycles and regularly rode his 1956 Motoguzzi around Mountain Home. Davis passed away in August of 2019.

Church services for veterans are held in the center’s dining room.

The Bob Davis Veteran’s Center is a 501c(3) non-profit organization seeking to give back and help homeless veterans integrate into society.