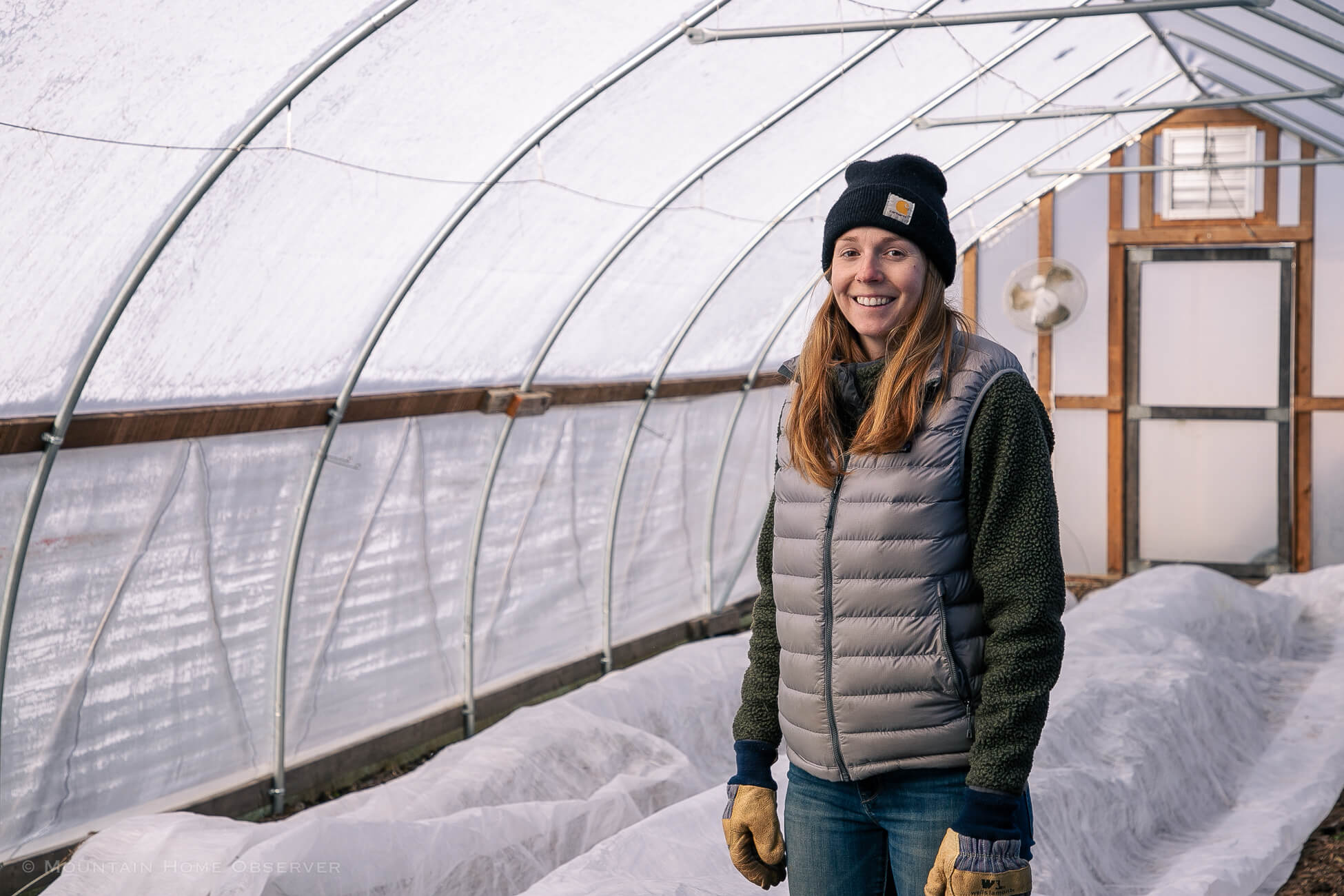 She loves it so much that she and her husband, Matt Millner, left their careers in Steamboat Springs, Colorado, and moved to Baxter County to set up a farm of their very own.

Today, the couple are living out their dreams with their farm, Age Old Agriculture, one of Baxter County’s rising organic crop producers.

“I knew I always wanted to have a farm,” said Ellie Lassiter, co-owner of Age Old Agriculture. “Matt was a fly fishing guide out in Colorado, and he could only work about four or five months out of the year consistently. So, he had year-round work here, and Steamboat’s growing season was about 58 days long. Here, you can grow nearly year-round, especially if you have a heated space.”

Lassiter’s love for farming came from an unsustainability and consumerism course she took while attending Parson’s School of Design in New York City.

Originally an Arkansas native, Lassiter found that the class had changed her outlook on life, and she quickly moved to change her degree from design management to environmental studies.

Switching degrees was not the only change Lassiter made while in New York City. She took up an internship at a youth farm in the city, where she began to learn about growing her own food.

“I apprenticed on a youth farm in Brooklyn,” Lassiter said. “It was on the front lawn of a public high school, and I really kind of fell in love with growing food there.”

After wrapping up her first internship at her Brooklyn youth farm, she took up another internship at Brooklyn Grange, the world’s largest commercial rooftop farm.

Lassiter would work at one of their Queens locations before finally leaving New York City.

“It was great,” Lassiter said. “I’ll always remember I looked up one day, and I was harvesting Okra, and just saw the Manhattan skyline, and it is just such a trip. You leave there smelling like fish emulsion or something on the subway, and people are kind of looking at you, like, where have you been?”

After finishing her time in New York City, Lassiter headed west to Colorado, where she took up a job at Zola, an American-based company focusing on creating European-style windows.

While in Colorado, she would meet Millner, who was working as a fishing guide, through a mutual family friend. The couple would stay in Steamboat for about two years before moving back to Arkansas to pursue their dream of owning a farm.

Millner continues to be a fishing guide through his business, Rising River Guides.

“Matt used to guide down in Heber Springs on the Little Red River, so he was familiar with the area,” Lassiter said. “We didn’t want to move back to where he used to live, so this was kind of like a new space, and we love the White River. We came to look at houses in Cotter and just kind of fell in love with it.”

After finding a home in 2017, the couple worked to open their new farm in the spring of the following year.

Located on Denton Ferry Road, Lassiter and Millner’s farm sits on a two-acre plot with roughly three-quarters of an acre currently being farmed.

Age Old Agriculture uses a community-supported agriculture (CSA) program to raise crops. The program, introduced to Lassiter during her time at Brooklyn Grange, functions like a subscription service that allows customers to be a part of the farm.

Under the program, customers agree to share in the risk and rewards of the season. Lassiter said if they harvest a bumper crop of tomatoes throughout the season, customers can expect large crop deliveries.

If the crops freeze or are otherwise wiped out by flooding or insects, customers will have to wait until the farm can regrow the lost crops towards the end of the season.

Age Old Agriculture grows everything from fresh greens to herbs and flowers throughout the year. The farm’s crops can be found in businesses like the Cotter Bridge Market and The Fork in Mountain Home.

“This year, we’re doing that program for 12 weeks, starting through the end of May through early August,” Lassiter said. “You basically just get a box of food each week. I think the biggest appeal for people, other than supporting local businesses and getting fresh, locally grown food, is that it forces you to try new veggies that you wouldn’t normally buy in the store.”

With the farm fully operational, Lassiter, who works around 80 hours a week, said the couple’s hard work and dedication have paid off in creating their dream farm over the last several years.

“We both love being outside,” Lassiter said. “Matt loves starting all the seeds in the greenhouse. I think we both find certain aspects of it to be super meditative. It can be stressful at times, but it can also be a huge stress reliever. Through the farm, we have met so many wonderful people in the community. It feels like a meeting place sometimes. It’s really cool to build something like that for everyone.”