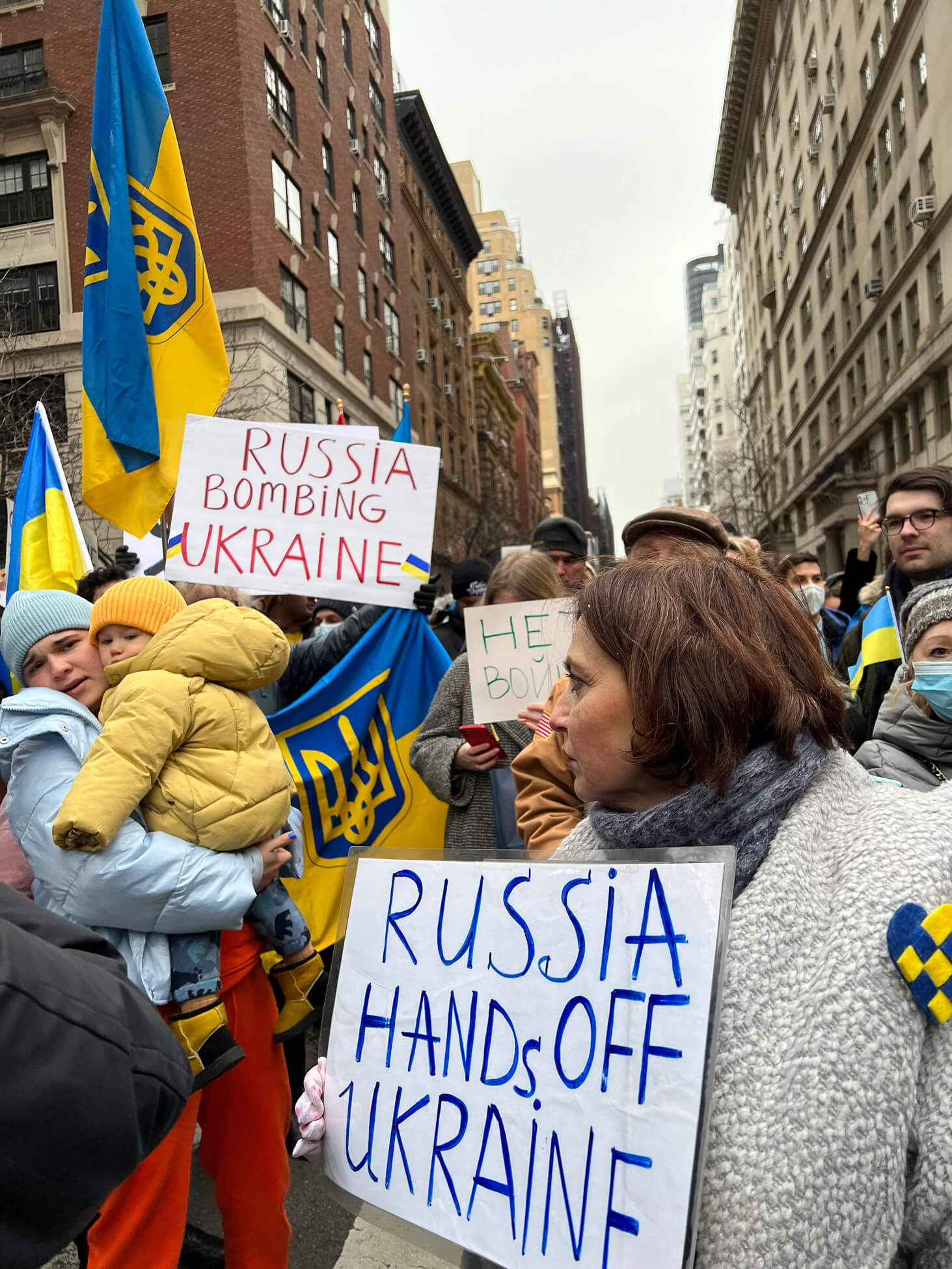 In the week since Russia invaded Ukraine, Arkansas has joined most of the world in condemning the unprovoked assault. Today I’d like to share the story of a woman from Ukraine who is watching the war from Arkansas and praying for her relatives and friends who are sheltering in basements in her homeland. Kateryna Pitchford’s story highlights the reality of the war for the rest of us.

Kateryna came to the United States in 2004 and is an associate professor of business at Central Baptist College in Conway. She was born in eastern Ukraine in 1982. The Russian invasion is one more chapter of horror for Kateryna’s family. A century ago, her great-grandparents and grandmother suffered under Soviet Russia. Kateryna grew up under the USSR, and she was nine when the Soviet Union broke up in 1991.

Thirty years later, Kateryna and her family live in uncertainty and nightmare. She communicates daily with her friends and family in Dnipro and Kyiv as they send images and videos by phone. A cousin showed Kateryna the inside of her refrigerator to assure Kateryna they had enough food. A friend who has supplies for two weeks says the nearby grocery store has sold out. Some remain in their homes, comforting their children as the sirens continually pierce the air; others continue to work. Ukrainians are brave, but they are very afraid by this unprovoked aggression and air attacks on civilians.

Kateryna participated in the Arkansas Leadership Prayer Breakfast at the mansion on Thursday. She recited the Lord’s Prayer in the Ukrainian language, followed by prayer for Ukraine in English.

The international support encourages her. She is proud to inform friends in Ukraine that the Hellfire and Stinger missiles going to their country are made in her home state. She tells them Arkansas is helping.

General Dynamics makes those missile in Camden, and every Javelin anti-tank weapon carries a Camden warhead. Aerojet makes the propulsion system in Camden. The missiles are known for their power to destroy tanks, buildings, and helicopters.

The killing of innocent citizens is a terrible evil, and this invasion of Ukraine ranks as the worst attack in Europe since the end of World War II. The Russians are violating the sovereignty and freedom of Ukraine. The free world must support Ukraine with all the defensive arms it can muster. We should not pull our punches, and Mr. Putin must pay a high price for this invasion.

Mr. Putin underestimated the resolve of the Ukrainians and the reaction of the free world. He thought Ukraine would simply fold, but he has found that his attack has hardened the loyalty and courage of Ukrainians into a resistance that may save the country. Ukrainians love their country and don’t want to leave or turn it over to Russian governance.

The sanctions are essential, but we all want to do more. In Arkansas, I directed a review of our investments, and our alcohol distributers agreed to no longer buy Russian vodka. We need to do more, and I am hopeful that much more is being done covertly to help Ukraine.

Dave Says: I’ll Be Nice, But I’ll Tell the Truth