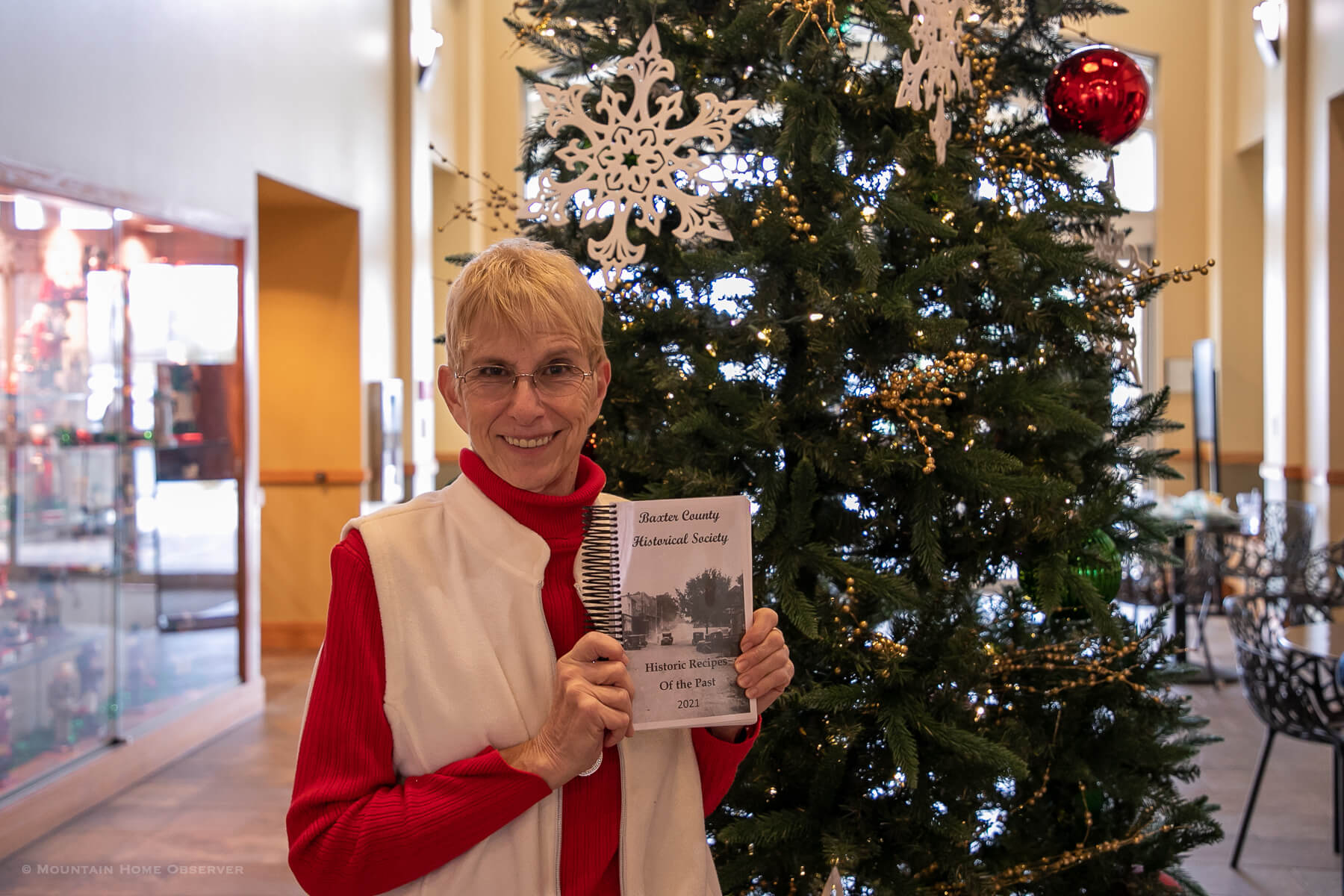 Editors note: Chris and Alison Fulton are Baxter County Historical & Genealogical Society members and have purchased a copy of the cookbook.

The Baxter County Historical & Genealogical Society has the perfect Christmas present to put under a loved one’s tree this year for this holiday season with its newly printed “Historic Recipes of the Past.”

The cookbook contains over 300 recipes and 100 photos from Baxter’s County’s past and present.

“Jeannie started calling half the people in Baxter County,” said Jennifer Baker, a member of the cookbook’s committee. “She got some of the older cookbooks that other organizations had done previously and went through them and called those people or their relatives to get permission to use some of their recipes.”

Since November, the historical society has sold over 600 cookbooks and will receive another 100 copies this week to sell through the Christmas holiday. The cookbook was put together by Jeannie Alley, Debby Staunch, and Baker.

Initially starting as a 200-page book, Baker and the cookbook committee decided to expand the book to 400 pages after adding 100 photos from the historical society’s collection. The committee reached out to local businesses to offer ad space to raise the $3,000 needed to print the first batch of 300 books.

The cookbook was a hit in town, with all books being sold in three weeks. The society ordered another 300 books from ABC Printing Company for the holiday season.

Books can be purchased at the Mountain Home Chamber of Commerce, Rita’s Avon Beauty Center, the Baxter County Heritage Center, or online at the historical society’s website for $20. Money raised from the sale of the books will fund and maintain the historical society and its various buildings.

“The idea was Jeannie Alley’s,” Baker said. “We were on the board of directors together for the historical society, and we had tried to have our history promenade for the last two years, but it kept getting canceled. So, we were discussing our finances, and Jeannie says, ‘I think we should do a cookbook.’”

Those with a sweet tooth will be pleased to know that the cookbook features over 100 pages dedicated to desserts. The book also features some unusual recipes that can only be found in Baxter County.

“One of the more interesting recipes is the jail’s bean recipe,” Baker said. “Jeannie called Sheriff Montgomery and wanted his bean recipe, which he thought was hilarious. Captain Lewis, who’s also a member of the historical society, purchased an ad, and so I put his ad on the same page as the bean recipe.”

“I saved the ‘Then & Now’ pictures for the back of the cookbook,” Baker said. “I had done that series back in 2016 and posted it on our Facebook page, but all of those things have changed since 2016, so I had to retake all the photos.”

The Baxter County Historical Society meets at the Donald W. Reynolds Library on the fourth Tuesday of each month at 6 p.m. in the Knox Room. Membership to the society costs $30 a year for an individual and $40 for couples.

Celebrate ‘Troutsgiving’ with the AGFC