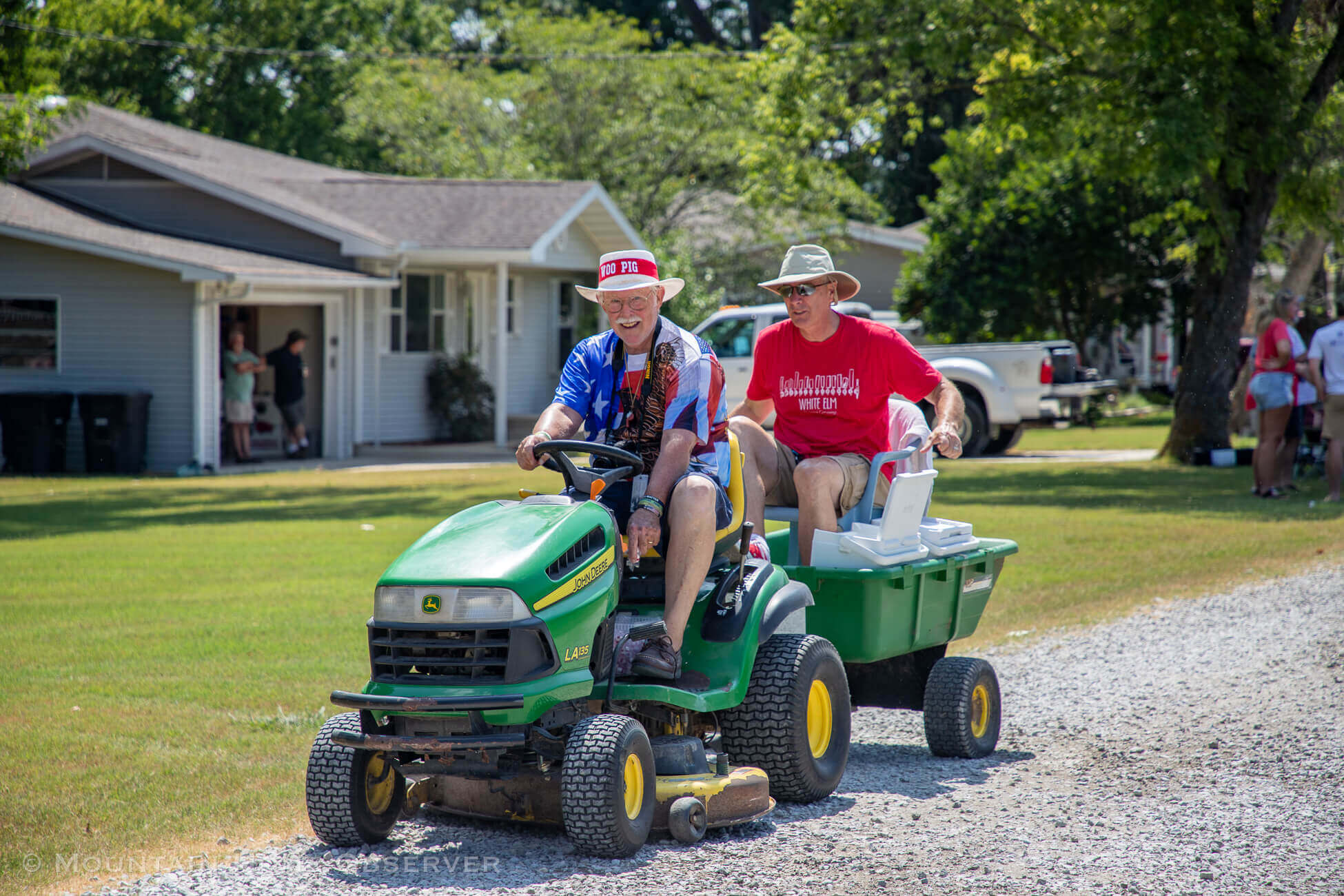 Get the latest MH happenings via email

When it comes to unique July 4th celebrations in Baxter County, Tommy Hagan is your man.

Since 2008, the boisterous and happy-go-lucky Hagan has taken to the streets with his highly decorated lawnmower in his tiny rural neighborhood and put on a Fourth of July parade that can only be described as “insanely genius.”

Friends, family, and guests from out of town gather along Hagan’s neighborhood roadside as he and others drive by with their lawnmowers, souped-up cars, and fire engines while handing out candy.

The parade is followed up with a big July 4th bash on Hagan’s front lawn.

“There were three couples that lived up the road; they lived side by side,” Hagan said. “About 12 years ago, we decided to have the parade. We all had John Deere mowers, and we decided to have my wife make some cookies, and I went and rapped on some doors. We had maybe three people watch.”

While the heat may have been turned up on Monday morning, that didn’t stop around 200 people from coming out to County Road 703 in Cotter off Denton Ferry Road to watch the parade.

“Floats” for this year’s parade ranged from dressed-up lawnmowers and Jeeps to fully refurbished classic cars. Two airplanes participated in several flyovers for this year’s parade, with one plane even unleashing a torrent of colored smoke into the hot morning sky in celebration of Independence Day.

After the parade, attendees joined Hagan at his home, where they sang patriotic songs and pledged their allegiance to the American flag before settling in to watch Hagan hand out made-up awards for his special parade.

While the parade initially started with a small handful of people, it has grown to include 200 people and 30-40 floats. Hagan said that this year’s parade saw the highest turnout of guests since it started in 2008.

To put on the parade, Hagan receives help from the local fire station. The station will bring one of their trucks and hose down the neighborhood’s gravel road to stop the dust from kicking up on the parade’s participants.

“We want to thank everybody for coming out because this is the biggest we’ve ever had. We had fun! We love y’all coming,” Hagan said. “I can’t think of a better place to live, and I can’t think of more people I’d rather be around.