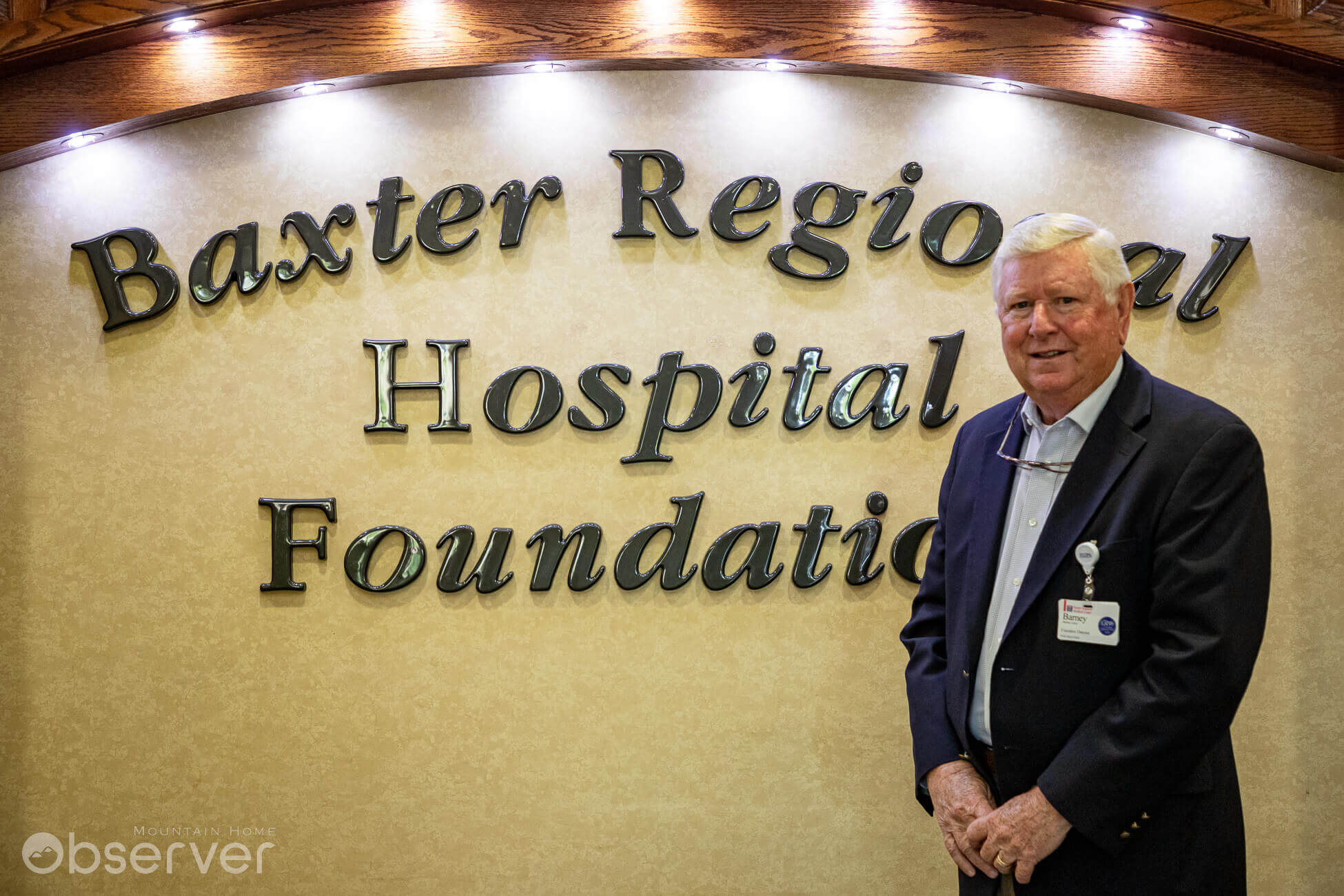 Over the years, the Baxter Regional Hospital Foundation has seen its fair share of challenges and changes.

It even helped to complete renovations of Baxter Health’s 5 South Unit during the COVID-19 pandemic, which stretched hospitals nationwide to their limit

“We have really been blessed to have been supported by our physicians, our ancillary staff, our foundation board, and our hospital board,” said Larry. “They’ve been very supportive—also, our senior leadership team. It starts from the top. They have engaged with us here in the foundation to help us deliver the type of patient care that allows us to be an institution that people want to give to.”

Established in 1988, the Baxter Regional Hospital Foundation, under John Shutnick, got its start by helping raise $1 million in funds for Baxter Health’s cancer unit.

At the time, the hospital complex was at its peak, bringing in steady profits. But as the years rolled on, the healthcare industry changed, making profit margins smaller for rural hospitals.

With margins slimming, Baxter Health began looking to its hospital foundation in 2000 to help raise money for the hospital’s major projects and programs. To help jump-start the foundation, Baxter Health reached out to Larry, who had just retired as executive vice president for Arkansas and Southern Missouri with the Bank of America.

“In 2000, the then CEO of the hospital came to me and asked if I would come and help jump-start the foundation,” Larry said. “They needed it because the hospital wasn’t making as much money. They needed financial help, and I agreed to come and spend a couple of years.”

The grandson of a Baptist preacher, Larry has had a long and unique career. He first began his career as a minister of music at First Baptist Church before transitioning to the banking industry.

He said his grandfather instilled a drive in him that allowed him to quickly rise the ranks in the industry before finally earning his position of executive vice president at Bank of America.

And while he had initially planned on retiring after his tenure as an executive, he couldn’t resist the call to put in a few more years of work at the Baxter Regional Hospital Foundation.

But those couple of years quickly turned into a 23-year legacy as Larry fell in love with his role at the foundation.

Altogether, the foundation has raised more than $35 million since 2000, with the hospital receiving $27 million of those donations. The foundation currently sits on a comfortable war chest of $20 million with an additional $21 million in deferred donations.

And it’s been put to good use.

And it doesn’t stop at scholarships.

The hospital foundation has helped complete several renovations and expansion projects at Baxter Health, including the most recent renovation of Baxter Health Auxiliary 5 South Surgical Services, which added six new patient rooms and an expanded waiting room features a dedicated sun-room and “living wall” to the unit.

The foundation has also helped renovate 3 East, 2 West, the hospital’s Cardiac Rehab Center, the Emergency Center, and the Women’s and Newborn Center.

“My favorite project was the Simulation Lab that we funded,” Larry said.

With 23 years under his belt, Larry has firmly cemented his legacy at Baxter Health and the Baxter Regional Hospital Foundation. Now in his 70s, Larry has decided to retire from the foundation at the end of December.

During his interview with the Observer, Larry said the foundation was in good hands and that he looked forward to continuing to watch Baxter Health grow.

His replacement at the foundation will be Sarah Edwards.

“I am so blessed and so honored to be able to come to work every day, to know that what I do is going to have a positive impact on people,” Larry said. “Our CEO has said this phrase that I use all the time. ‘We have the opportunity to change hurt into hope.’ And I am so proud, honored, and blessed to be a part of that.”