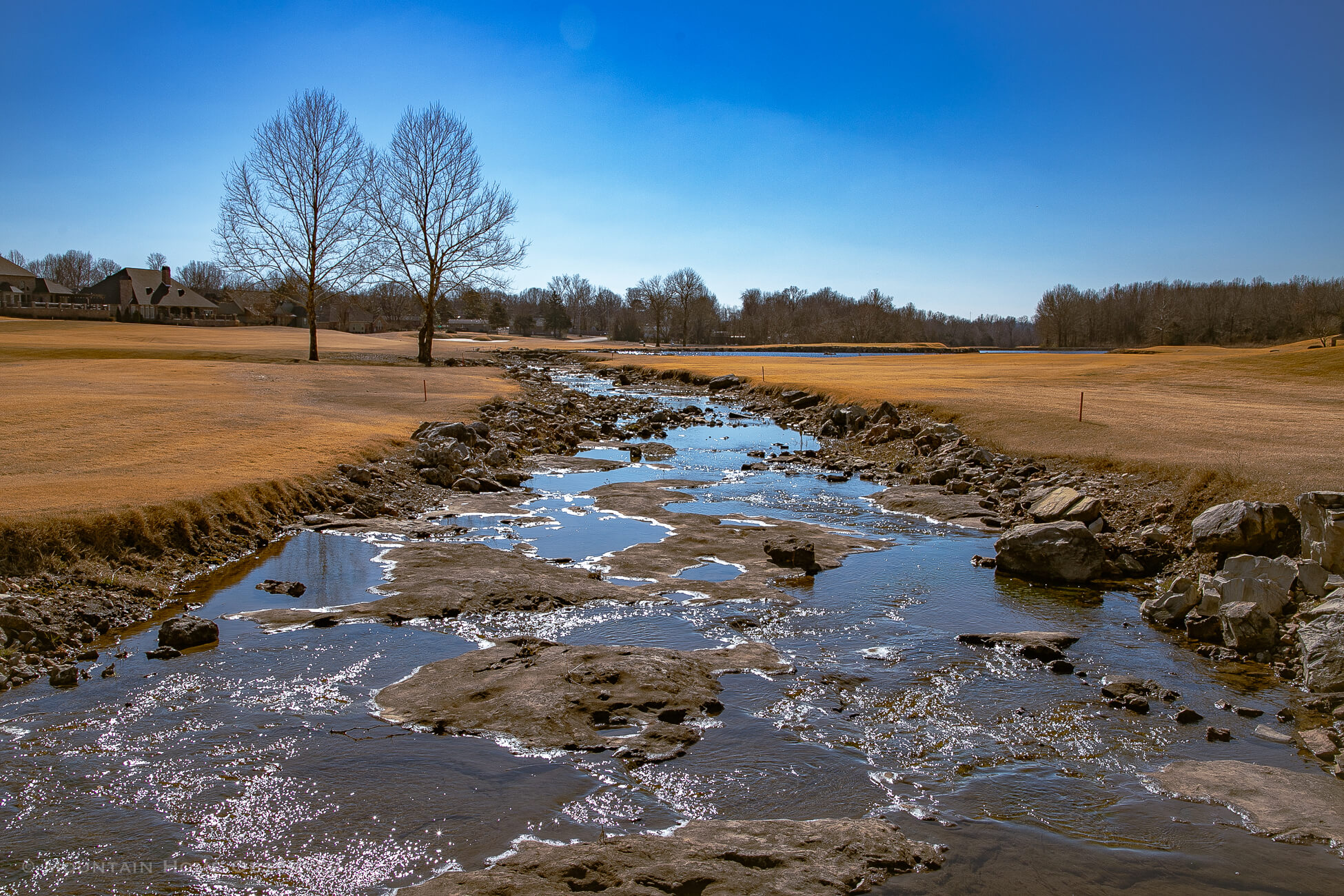 While there may be a light dusting of snow on the ground today, the evidence is becoming clear – Spring is finally upon us, and with it, warmer weather.

And with that warm weather comes a sense of change and renewal as people leave their homes searching for a chance to stretch their legs, have some fun and spend time with friends and family.

And that’s why Lang Zimmerman, managing partner for Big Creek Golf & Country Club, and his staff are working hard to complete a slew of major updates to Mountain Home’s award-winning golf and country club.

“We’ve always got projects going,” said Lang Zimmerman as he overlooked the golf course from the clubhouse. “You can see these two bunkers out there. Every bunker on this golf course has been renovated in the last three years. It’s a huge undertaking to dig all of that out, resculpt it, put in new drainage, new liners, and bringing in new bunker sand.”

With their investment money in hand, Zimmerman and his fellow investors created Mountain Land Group, an LLC that oversees the club, and began looking for help creating a golf course.

“We tried at one point to get the Cooper Communities people to come in here and develop a golf course,” Zimmerman said. “They’re the ones that own Hot Springs Village and Bella Vista, and they were looking more for chunks of land in the 25,000-acre area. What we’re sitting on right now is about 1200-1300 acres.”

While Cooper Communities passed on building a course in Mountain Home, they put Zimmerman in touch with Tom Clark, a golf architect out of Washington, DC, who would oversee the development of Big Creek’s course.

With Clark onboard, Big Creek officially broke ground in 1999. Zimmerman hit the first golf ball off the course in April of 2000. Big Creek’s clubhouse would open in the fall of the same year.

“We built the course pretty much all in the year of 1999,” Zimmerman said. “And it was a terrible drought year. It was just a dust bowl out there. We laid sod in from the front nine and the lake in the fall of 1999. I hit the first golf ball, No. 1, in April of 2000. We’re entering our 22nd year this spring.”

Today the club is known as the multi-year winner of Golf Digest’s Places To Play coveted five-star ranking and is ranked as one of the premiere golf clubs in Arkansas.

Big Creek also boasts a fine dining restaurant in its clubhouse, along with a completely remodeled pool for club members. The club currently offers several different tiers of membership, with the most basic allowing members to use the clubhouse facilities, like the restaurant, and the pool.

“If you’re a full golf member, then you have access to everything – golf, the dining, as well as the swimming pool,” Zimmerman said.

A quick tour of Big Creek shows that the staff is hard at work this year updating the clubhouse alongside some of the outdoor amenities.

The kitchen, which is now under the care of Big Creek’s new chef John Kellog, is being completely overhauled with new vent hoods, expanded burners, new flooring and a new walk in freezer. The kitchens menu is also in the process of being fully overhauled by Kellog.

Kellog is a European trained chef that attended La Varenne Academy in Paris, France, before doing a seven year apprenticeship with a Belgium chef.

“A lot of changes. A lot of new changes,” said Kellog as he worked the kitchen.

The club’s tennis courts are also being reworked and remodeled. Tennis has made a come back in Mountain Home thanks to Tennis Coach Chris Cash, who will be offering lessons at Big Creek after the courts are completed.

A tennis membership package will be added to the clubhouse once the courts are finished.

The clubhouse’s outdoor patio has also been expanded, allowing for tents to be set up for wedding venues and outside events. The clubhouse will also be receiving new outdoor furniture and fire pits.

“We’ve added another area to do outside weddings, which are extremely popular,” Zimmerman said as he pointed towards the new concrete slab outback of the clubhouse. “We have people that will come in and set up a tent out there, but then they’re on grass and it’s uneven and it can be muddy. Basically, a pad allows more tables and things being imposed under a tent.”