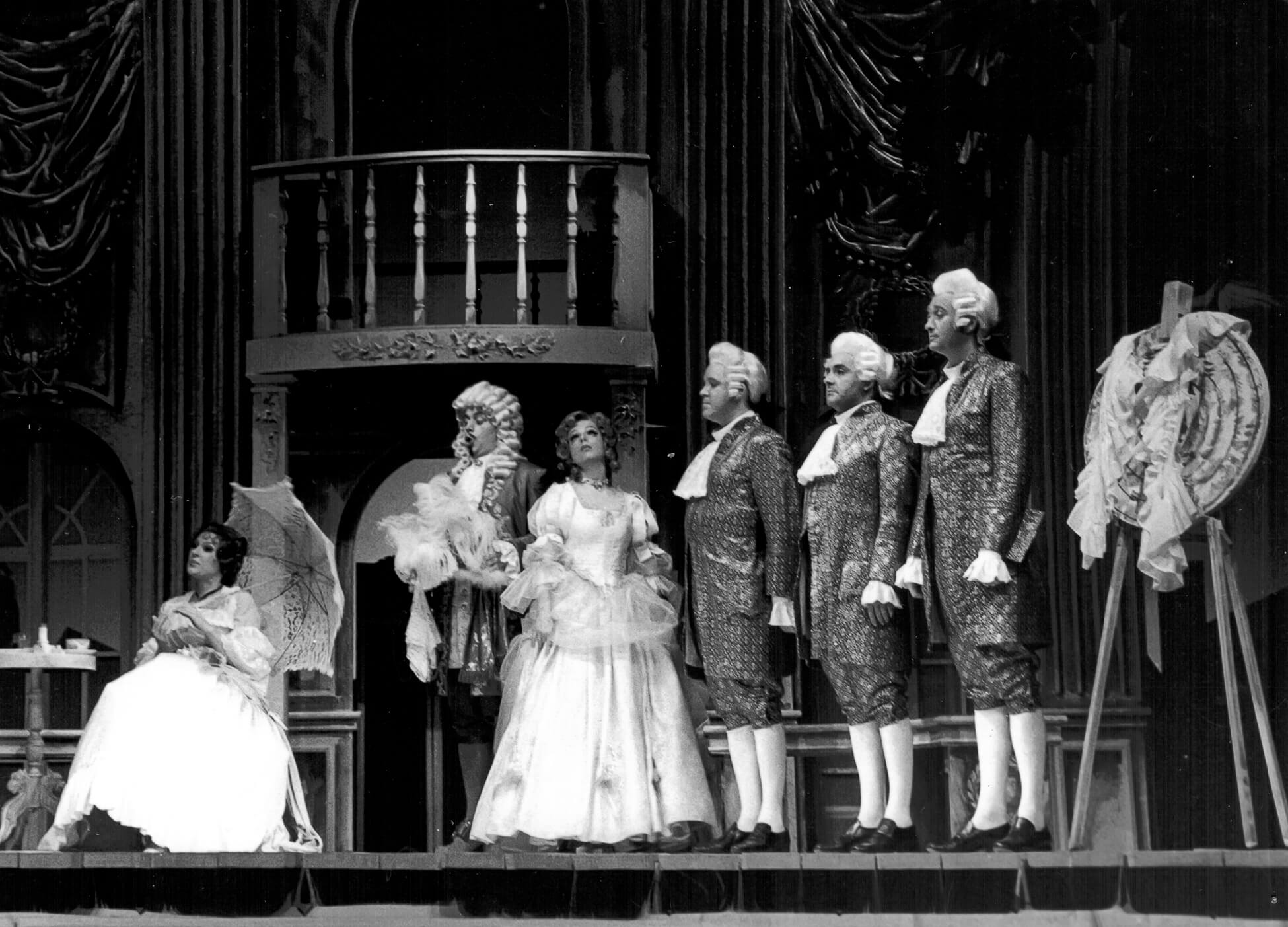 Calico Rock’s Fredericka Silvey Johns’s life can only be summed up in one word – magical.

As a young woman, she stood shoulder to shoulder with royalty, visited Europe’s grandest castles, and sang her heart out in front of thousands. She was a singer, dancer, and performer for some of Germany’s greatest opera houses.

She fulfilled every dream she ever set out to achieve.

And while she may have returned home to Arkansas for retirement, the owner of Fricki’s Attic is still as feisty, kind-hearted, and spirited as ever.

“It was very magical,” said Fredericka Silvey Johns. “I’m 75 years old now, and you start to think, was it all worth it? Definitely. Definitely. Things are so different in Europe, and there are so many things I really do miss.”

Johns’s journey to becoming a full-time opera singer began at an early age in Bodcaw, Arkansas.

Born to Thomas J. Silvey, a former member of the Arkansas State Senate during the 1950s, and Bobby Nell, Johns’s first introduction to music came through her mother.

A music teacher by trade, Nell began teaching Johns piano early before passing her off to another teacher.

“It’s kind of an unspoken rule that you shouldn’t teach your own children,” Johns said. “So, she taught me for a little while but then sent me to someone else.”

The lessons hooked Johns, who began to dive deeper into music, eventually leading to her singing in church. By her senior year in high school, Johns knew what she wanted to do in life.

Her mother, sensing that her daughter was set on a career in singing, began taking Johns to see a professional voice coach in preparation for her daughter leaving for college.

“That’s the story of a lot of professional singers,” said Johns as she reminisced on her younger years. “My mother found a voice teacher who had done some professional singing while I was in high school. I was a cheerleader too. Every time we had a ball game, I was a very sore loser, and I screamed my head off. And the next day I’d go to a voice lesson, and he would say, ‘been to a ball game, have you?’”

After graduating from high school in the 60s, Johns headed off to what would become an extensive college career. At the same time, her father and mother would move to Calico Rock, where Silvey would take up work as the school district’s superintendent.

During this time, she trained under instructors like Kermit Breene and Anton Guadagno, a famous Italian operatic conductor who made his American debut at Carnegie Hall in 1952.

She also struck up a relationship with her soon-to-be husband, Thomas Michael Johns.

“We met singing the opera ‘La Bohème,” said Johns. “Our opera house was just a few blocks away from what they called Rittenhouse Square in Philadelphia, and that’s where his parents met at Baptist theological seminary.”

The two fell for each other and vowed to travel to Europe and become opera stars. By 1976, both Johns and her husband worked full-time on the American circuit for productions like the ‘Sound of Music,’ ‘My Fair Lady,’ and ‘Oklahoma.’

Johns would eventually land two roles in ‘1776,’ a popular musical centered around the signing of the Declaration of Independence. Playing the roles of both Abigail Adams and Martha Jefferson, Johns toured the states in a 19 man crew while her husband set off on his own adventure.

The couple would reunite that same year and finally tie the knot before setting off across the Atlantic to a new life in Germany.

“We felt that we were going to Germany when we got married,” Johns said. “We were young and in love, so it made things a lot easier. We didn’t think about it like we did when we moved back. It was kind of a blur. Of course, we didn’t have to have visas as Americans. We both went and did auditions and got a job in the same theater.”

The couple landed at a small opera house in Trier, Germany, along the Mosel river.

Most towns in Germany had working theaters back in the 70s. Each theater is self-sufficient, with various departments covering things like costumes, wigs, shoes, and makeup.

Cast members were required to put in the hard work of learning the required language necessary to perform. Both Johns and her husband would become fluent in French, German, Russian, and Italian during their 35-year stay in Germany.

“In this first theater, it was all in German,” Johns said. “So, no matter if we had learned an opera in the original language, we had to relearn it in German. Once you got into it and started an opera, you couldn’t suddenly break into some other language. It’s harder to learn an opera again in another language than it is to learn it the first time.”

As a couple, both Johns and her husband potentially faced an uphill climb in getting roles, as most theaters did not like to hire couples at the time. Luckily, the couple found a home in their tiny theater and would perform there for the next nine years.

In 1985, Johns and her husband moved on to another theater in Nuremberg. At the time, the political landscape of Europe was changing, and tensions were on the rise in Germany.

Sensing that life in Nuremberg was not for them, Johns and her husband moved for a final time.

“My husband never even put his apartment key on the key-ring because we knew we weren’t going to stay there,” Johns said. “We then went to Munich from 86 to 2012. The Bavarian State Opera is one of the top opera houses in Europe, and there you really get to work with the cream of the crop.”

After landing contracts with the Bavarian State Opera, the couple settled into their new life in Munich. They sang for royalty, played in musicals, danced with ballet dancers, and more.

She also found work as an organist playing in chapels for the German military. She witnessed the 2000th year celebration of Oxford and Trier.

She saw the joy that spread through Germany after the collapse of the Berlin Wall in 1989.

“I visited Berlin before and after when the main part of the wall came down,” she said. “They had a big concert, and a very famous conductor orchestrated Beethoven’s 9th Symphony, which has a lot to do with freedom.”

The years slowly ticked away, until at the age of 65, the Johns were ready to return to America after 35 years overseas.

In 2012, the couple returned to Calico Rock to retire. They would travel back and forth to her husbands family cabin in Canada before his passing in 2014.

“My husband was very loved,” Johns said. “He was very gregarious. A very funny guy with a fantastic voice. He had a world-class voice. The Bavarian State Opera chorus sang at his funeral. He was buried in Canada by the cottage on the lake.”

Today, Johns runs her small antique store on the main strip in Calico Rock, greeting tourists as they pass by. She also started up the Peppersauce Players, a small theater group dedicated to the performance arts in the Ozark area.

In addition, she took up the position of choir director at her local church, where she continues to sing and teach today.

When it comes to teaching and getting younger singers into the industry, Johns says the key to success is education.

“I tell them to find a college or university that has a well-rounded music department,” Johns said. “You never know where your life’s going as a musician, you want to prepare yourself.”