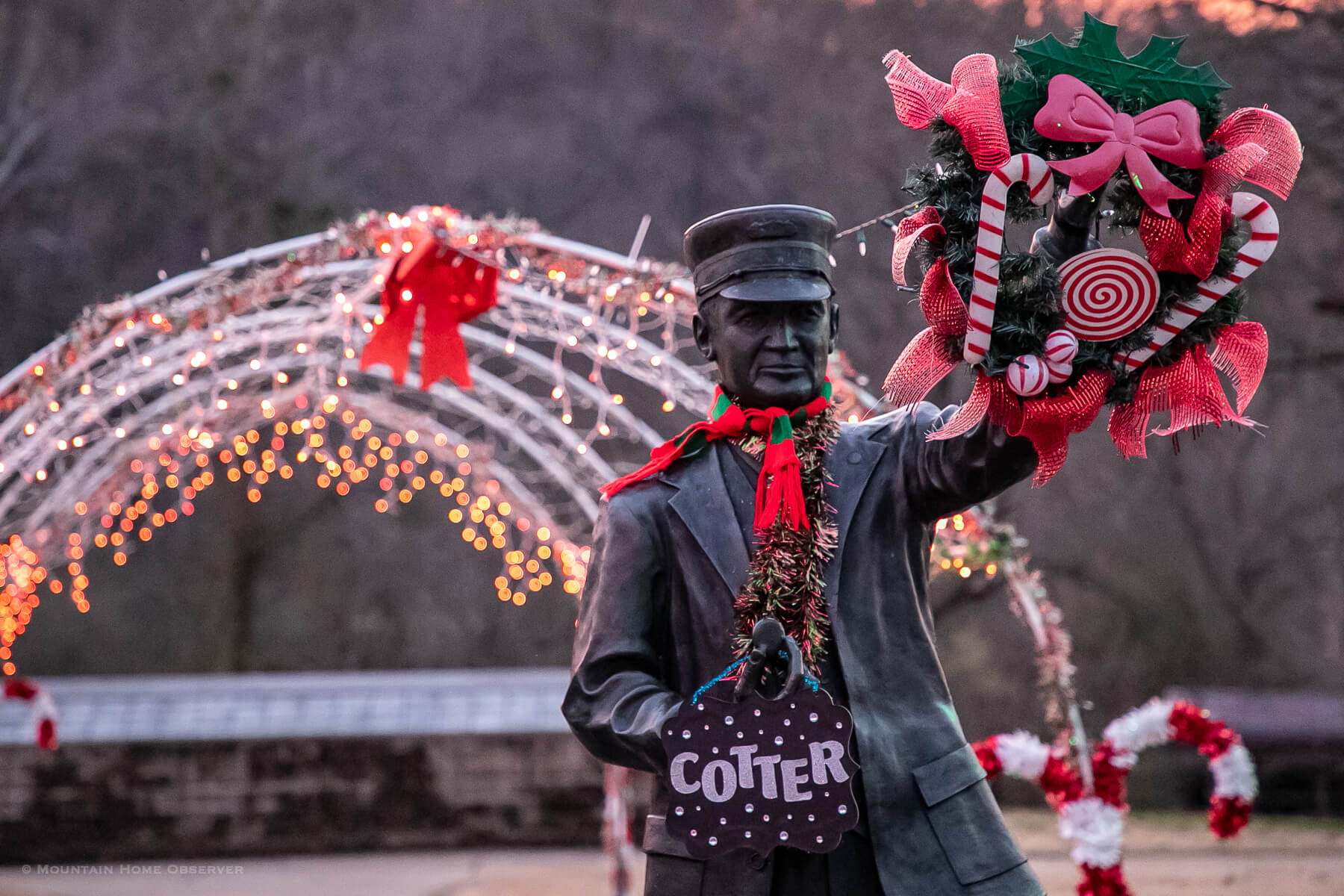 Cotter residents donned their jackets Saturday evening and headed down to Big Spring Park to visit Santa before the city announced the winners of its annual “Christmas in Cotter” event.

“We want to welcome everybody here to the third annual Christmas in Cotter,” said Cotter Mayor Mac Caradine. “It’s a great thing for the community and we love everybody coming and seeing Santa Claus, and enjoying the hot cocoa, and seeing the Christmas lights during the month.”

First place went to Christian Foster and Top Quality Home Services. Kay Manning from Have a Heart Animal Shelter followed up in second place. John Bell finished out the contest with a strong third-place victory.

“We were really pleased with the turnout,” said Jason Nazarenko, president of the Cotter-Gassville Chamber of Commerce. “This was something new that was added this year so families, companies, and folks could set up a tree and decorate it.”

Winners were chosen by Montgomery, Braim and Fortner.

“This is a beautiful time in history that we’ve got here,” Nazarenko said.

Another new addition to this year’s celebration was the relighting of Cotter’s famous R.M. Ruthven Bridge. Featuring newly installed LED lights from 2BDeezFX of Branson, Missouri, the bridge featured a bright display of lights in Christmas colors.

The relighting of the bridge was made possible due to a donation from Peter and Jan Peitz. The bridge’s Dec. 1 lighting ceremony was attended by 300-400 people.

“They’ll be lit through the end of the month,” Caradine said. “Come down and see the bridge. It changes colors every 15 minutes. Right now, the bridge is Christmas colors, and all the holidays will be lit with Christmas themes.”

Caradine said the city was still experimenting with the bridge’s lighting and that a standard color and theme would be chosen in Jan. Resident can also pay the city to put up specialized lighting themes for an evening by those wishing to celebrate an event or favorite sports team.

Last week, the city changed the colors of the bridge in honor of the school district’s Homecoming week.

The city is also planning to install an additional 18 lights on the bridge next year to fill in some voids. The new lights cost the city an additional $15,000. The city has raised over $200,000 with the help of the Cotter-Gassville Chamber of Commerce to fund the light display.

“The engineers looked at it and realized there’s some light areas that were going to be kind of dark because of where the light reflects down onto the bridge,” Nazarenko said. “The board went and got together about $15,000 extra.”

Why the farm bill matters to everyone