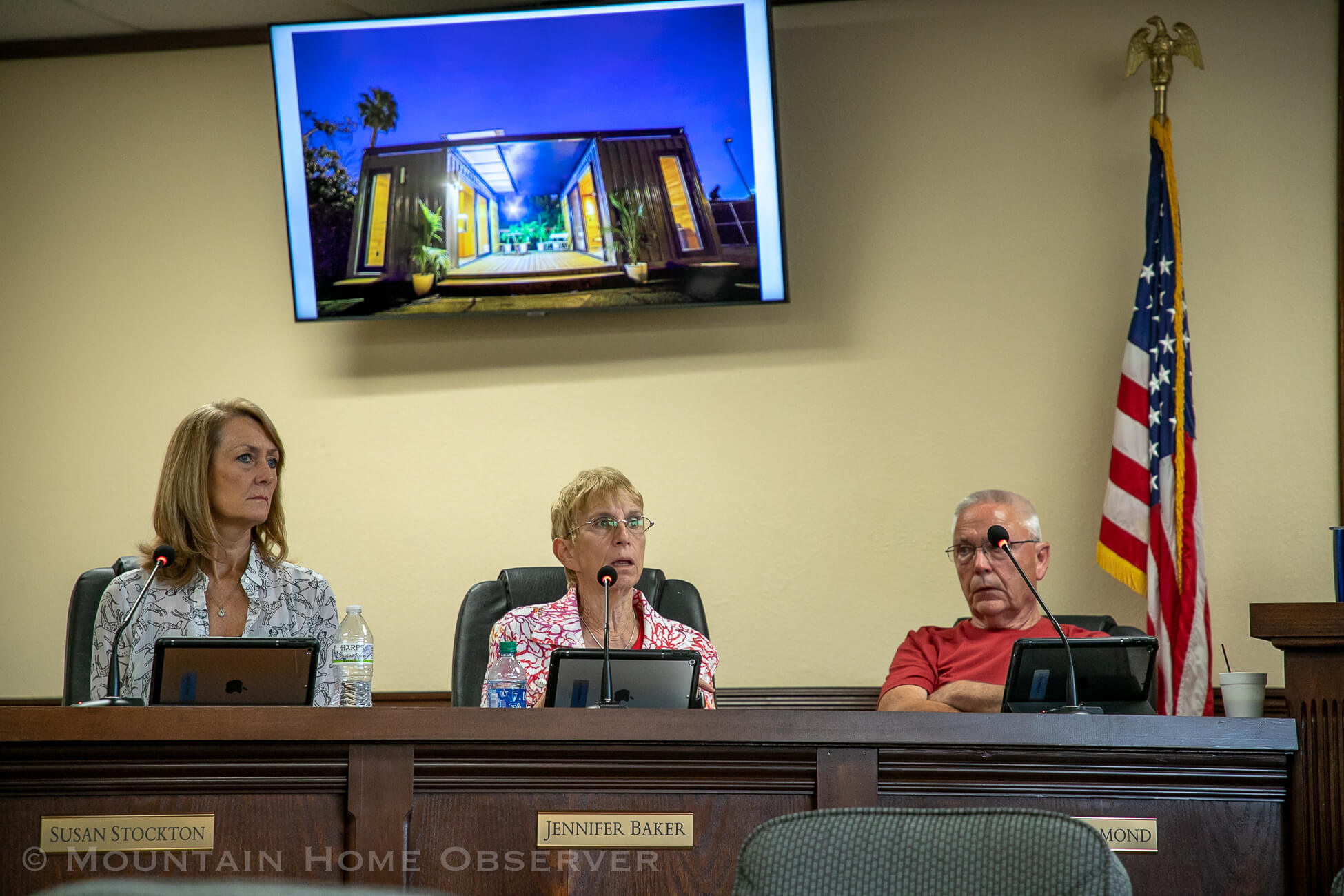 Mountain Home City Council is gearing up for another session this Thursday starting at 6 p.m. in the main chamber of City Hall.

The council will take up ordinances to give employees a raise, purchase new police vehicles, and an ordinance to officially change the name of the Building Inspection Department to the Department of Planning and Engineering.

The council will also look at a new noise ordinance and a requested rate increase for the city’s garbage service.

The first order of business for City Council on Thursday will be an ordinance to redefine the city’s wage scale and compensation plan to reflect the council’s adoption of a 3% raise, alongside an additional $1 raise, for city employees.

Mountain Home’s City Council approved the raise during their last session while adopting their 2023 budget. The new wage scale is set to go into effect on Jan. 2. Non-uniformed city employees that are required to work during their scheduled holiday breaks will now also receive overtime pay.

MHPD has been looking high and low for new vehicles for their officers, but vehicle shortages have given the department a difficult time. The department had hoped to purchase the vehicles in-state for below the state bid price but could not find a suitable deal.

With this in mind, the department has looked outside Arkansas and found a deal with Duval Ford in Jacksonville, Florida. If the ordinance is approved, MHPD will be allowed to purchase six new Ford vehicles for a cost of $63,000 a piece, for a total of $378,000.

During their last meeting in November, the City Council approved a measure to reorganize several of their departments.

That plan is now moving forward with the ordinance proposed in this week’s agenda. If passed, City Council will officially transition its Building Inspection Department into the newly organized Planning and Engineering Department.

Knox has served the city for many years and has gained a plethora of experience while serving the city. During the meeting, Mountain Home Mayor Hillrey Adams, who has been overseeing the city’s Water Department himself after its former director, Alma Clark, took on her new role as city treasurer, said that Knox was the man to oversee the new department and was ready for more responsibilities.

Under his new role, Knox will be responsible for planning and completing the city’s long-term projects.

In addition to Knox’s new role, the city is creating a new position for the Director of Public Works, who will oversee the day-to-day operations of the city’s Water and Street Departments. The new position is expected to be filled within the new few months.

Both of these new positions are a reclassification of the previous director positions at Street and Water. Because of this, both positions are already funded under the city’s budget. Knox and Adams assured the council that the restructuring would not occur until the city finds a Director of Public Works.

The reorganization is not expected to affect the workflow of city work crews.

Methvin Sanitation is requesting that City Council approve rate increase to bring the company in line with the Consumer Price Index. If approved the companies fuel surcharge rates would rise to 6.6%, around 1.228% above its current rate of 5.372%.

Methvin Sanitation is allowed to request rate increases from City Council to cover rising costs per its contract with the city. If approved, the rate increase will go into effect Jan. 1.

The sale came on the heels of Mark Methvin’s retirement announcement. As the owner of Methvin Sanitation, Methvin has overseen the city’s trash collection for years while providing jobs to the area’s local families.

He is retiring to spend more time with his family and grandchildren.

As the holder of the city’s waste contract, Methvin needed City Council approval to finalize the sale of his business to Waste Connections. The council approved the sale in a unanimous decision during last November’s council session.

All routes will stay the same. Waste Connections will continue to use Methvin’s telephone number for those needing assistance or more information surrounding their waste pickup.

Mountain Home’s residential waste contract with Waste Connections will run until the Fall 2024.

Mountain Home may residents may soon find themselves under a new noise ordinance.

The City Council will be taking a look at a new city ordinance surrounding noise that will cover everything from residential noise levels to construction noise from night crews throughout the city.

The ordinance is extremely detailed and covers everything from enforcement to decimal ranges for vehicles moving through residential neighborhoods.

That ordinance, and all of the ordinances mentioned above can be found below.