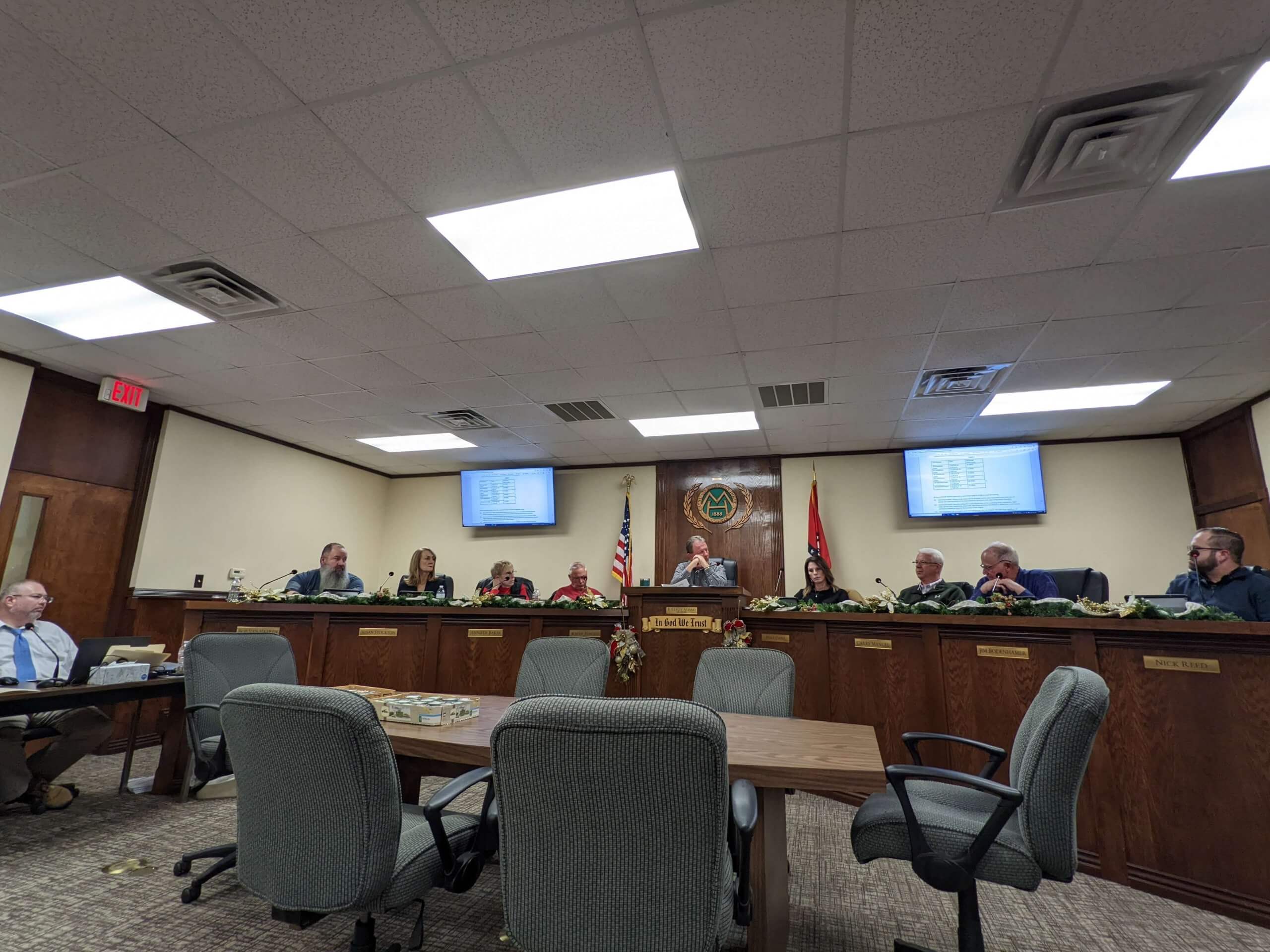 Mountain Home Mayor Hillrey Adams is going to have a busy Thursday this week.

Not only will the mayor being meeting in Harrison earlier in the morning to discuss the NABORS landfill sale with his fellow board members on the Ozark Mountain Solid Waste District, he’ll be returning to Mountain Home to tackle City Council’s latest session.

This week’s session will see the Mountain Home City Council amend its contract with Garver ahead of construction on the city’s water treatment plant, as well as tackle the final reading of the city’s proposed noise ordinance.

The first order of business for City Council will be a vote on the redistricting of residential property into commercial property on behalf of Kemp family, who no longer finds the property suitable for residential needs.

A notice of the petition to change the property from a residential one to a commercial property was listed in the Baxter Bulletin. Ted Sanders, a local Mountain Home attorney, will be presenting the proposed change to City Council.

Following a vote on redistricting, the council will move on to the last reading of its proposed noise ordinance. The new noise ordinance, which was created in response to complaints from residents about late night construction from local companies in town, is designed to let local business and residents know what exactly the rules are in regard to noise during nighttime hours.

While details of the ordinance have been changed in response to public input, both Adams and Mountain Home Police Chief Eddie Griffin have said during past council meetings that the ordinance would be applied with discretion from police officers .

Some members of the public stressed that officer discretion was not a safe bet against the ordinance being applied to noise levels on their own properties. If the ordinance passes its third reading and is adopted, it will become law within Mountain Home City limits.

Following that vote, the Council will take up an ordinance to allow the Mountain Home Police Department to take on a $5,000 one-time stipend for five of its officers from the Arkansas State Legislature, which passed a $50 million stipend package for officers statewide in its 2022 Fiscal Session.

Mountain Home Police Department will be receiving $26,915.50 of that stipend money for its officers and an additional $1,912.50 going towards social security payments.

The City of Mountain Home is preparing to tackle more construction projects surrounding its water plant, including the overhaul of the city’s water filtration system.

Lastly, Clark will give a presentation requesting authorization to enter a loan agreement with the Arkansas Natural Resources Council for its second phase of its wastewater treatment plant upgrade for an additional $7 million.

The City of Mountain Home has been working to update much of its water treatment systems and sewer systems over the past few years, with the city selling $10 million in bonds to fund the projects after receiving taxpayer approval.

Once completed, the city expects to turn its deficit into a surplus over time. Money raised from the sale of the bonds is earmarked to be used to complete the city’s water facility projects and may not be used in a general manner.

In other city council news for Thursday, Arnold Knox, Director of Planning and Engineering, will give a presentation on a bid review for the Mountain Home Wayfinding Program. The city has been exploring purchasing new signs to direct tourists and residents around the city. The presentation will cover a bid for those signs, as well as a sneak peak of what they could look like.

Homicide in Marion County being investigated by Arkansas State Police