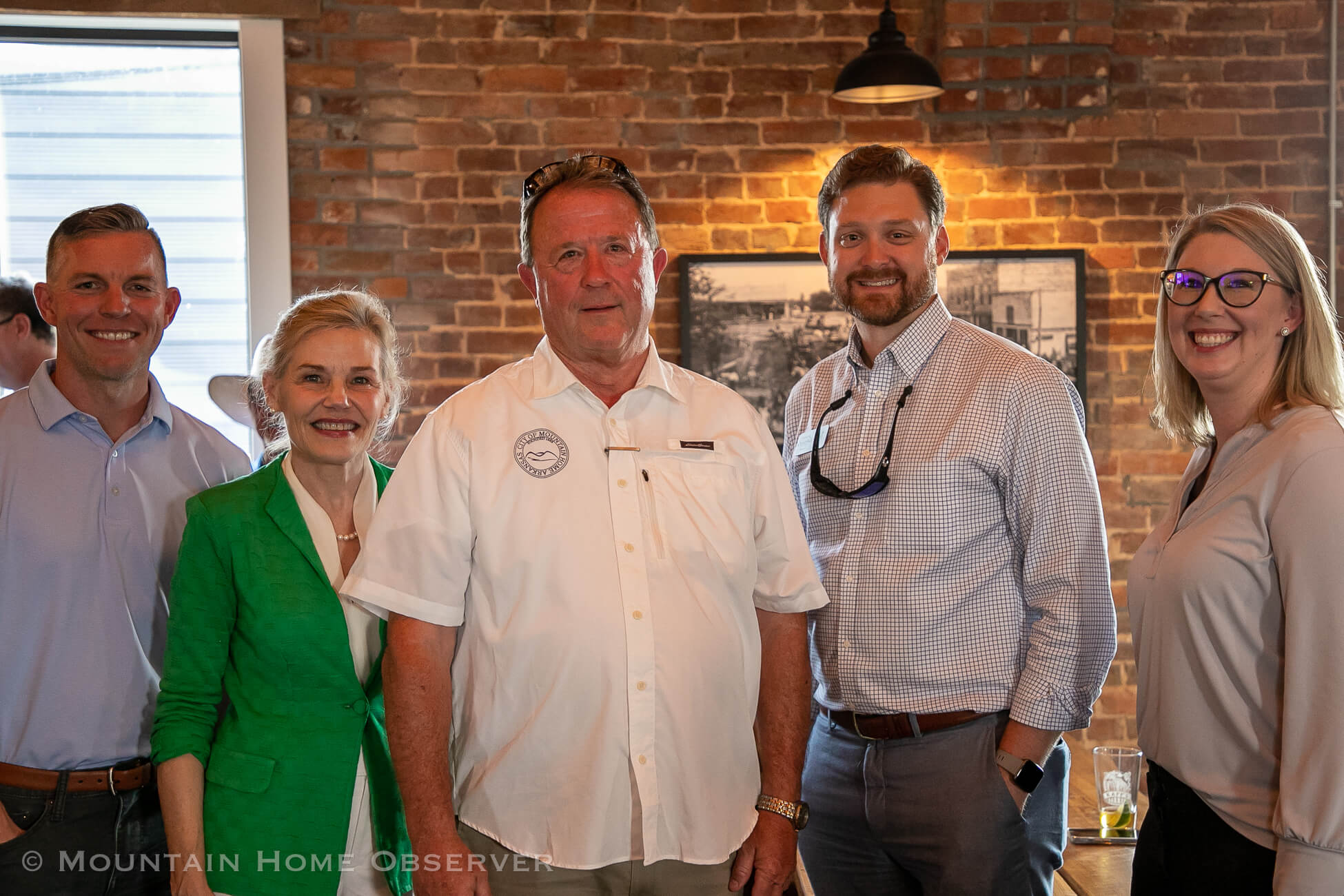 Several high-ranking members and commissioners from the Arkansas Department of Parks, Heritage, and Tourism (ADPHT) gathered together with Mountain Home and Baxter County community leaders Wednesday to receive a tour of the area’s parks and tourism attractions before visiting Rapp’s Barren Brewery for a happy hour social event.

“Tourism is booming in Arkansas,” said Stacy Hurst. “Our state parks are full, and we love it. We have a real window for the world to learn about what Arkansas offers in terms of travel. So, let’s continue this partnership, and let’s continue the great work that you all are doing.”

The Arkansas Department of Parks, Heritage, and Tourism has played a key role in the new developments within Mountain Home’s public park system.

After taking office, Mayor Adams had a discussion with KTLO legend Bob Knight over improvements to the city’s park system. Knight, a former commissioner on the Arkansas Parks Tourism and Travel Commission, told Adams of several grants that he could apply for to improve the city’s various parks.

Since then, Mountain Home has been awarded a series of grants, including a $225,000 grant for improvements to Hickory Park, which is preparing to do a ribbon cutting on its new all-inclusive playground, and a $95,000 grant for work at Clysta Willett Park.

The city has also taken up work on Keller Park, which recently celebrated the re-opening of its fully refurbished ballpark. Future projects also include a new community/aquatic center at McCabe Park, including two 10-lane competition swimming pools, a heated therapy pool, and a kids’ play pool. An outdoor water park is also planned for the new facility.

Cooper Park will also be seeing some changes in the coming years as the city works to convert its pool into a splash pad.

“You couldn’t be more happy to have the Arkansas Parks and Tourism commission here to look at Mountain Home and find out what the rest of us already know,” said Mayor Adams.

Unlike the rest of the state, Baxter County makes most of its money from tourism. Roughly 500,000 tourists visit the Twin Lakes area each year, bringing in a whopping $160 million in revenue to the county.

Around 1,500 jobs in Baxter County exist to support the tourism industry and provide nearly $30 million in payroll revenue to the residents of the county.

The area has seen a recent boom over the past few years that was further accelerated by the COVID-19 pandemic, which pushed new money into the area. In Mountain Home, this has resulted in a revitalized downtown district that boasts one of Arkansas’s top brewers and a slew of other new businesses that have helped grow the economy.

That economic growth can be felt in many of Baxter County’s other cities, including Norfork, Gassville, and Cotter. Each city is currently working on expanding and refurbishing their city centers and have seen several new businesses open and thrive throughout the pandemic.

“It’s neat because we continue to hear those stories of these places, and we saw that they took on the pandemic and chose to thrive during that,” said Travis Napper. “We visited some of those places, and they had a plan in place, and the energy behind it will benefit the locals and allow an opportunity to expand the tourism we have here.”