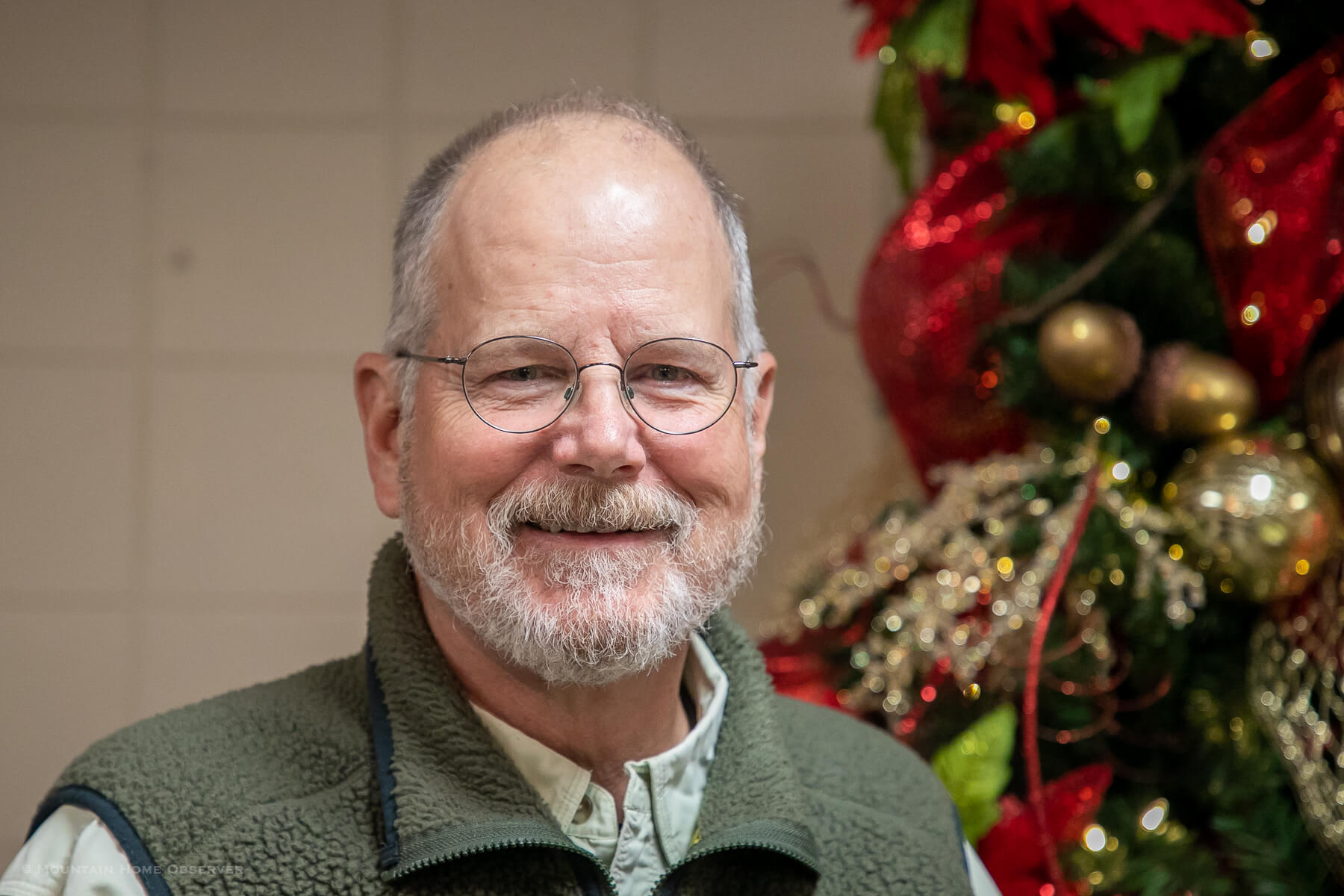 Cotter Mayor Mac Caradine revealed some new upgrades coming to the city after being awarded three separate grants for projects around the city during his “Coffee with the Mayor” event Friday morning.

The new funding was received from the Arkansas State Highway Commission, the Blue & You Foundation, and the Arkansas Department of Parks and Tourism.

“The trails grant from ARDOT is for $49,000,” Caradine said over a cup of coffee Friday. “That’s about a $75,000 project to put a concrete overlay on the old asphalt parking lot and walkway under the bridge.”

The ARDOT grant is a part of its Recreation Trail Program, which Caradine applied earlier in the year.  The funding will upgrade the walking trails underneath the relit R.M. Ruthven Bridge.

The city’s Blue & You Foundation grant covers $32,244 worth of funding to replace old equipment with a Cotter Warrior Park Family Health Fit Zone at the North Arkansas Youth Center. The city’s Fun Park Grant of $50,000 through the Arkansas Department of Parks and Tourism will also be used to pay for upgrades to the playground.

“The Blue & You is private,” Caradine said. “It’s a 100% grant, and we got it for playground equipment that’s more focused on exercise. It’s more of a challenge. That’s going to be put behind the youth center. Our goal has been trying to improve the area.”

During his Friday morning coffee session, Caradine said the city would also be pursuing a Federal Emergency Management Agency grant that would allow the Cotter Volunteer Fire Department to purchase a new fire truck. Cotter’s fire department has been stashing away $25,000 each year in funding to buy a new truck for the past five years.

This year, the department will use $25,000 to purchase new equipment needed to lower the department’s ISO rating, which would allow them to save money on insurance. ISO ratings are an insurance classification granted to cities and their fire department.

“Chief Lyle asked if he could use some of that money to get equipment,” Caradine said. “He needs to qualify for a lower ISO rating. We’re at ISO four, and we’re trying to get to two or three.”

The city will also be looking at grants needed to study its aging water pipes in its downtown district. Many of the pipes in downtown Cotter are over 100 years old and need replacing, Caradine said during Friday’s discussion.

The estimated cost of the project is around $5 million.

Water pipes won’t be the only thing getting a look over in Cotter. The city plans to use some of the $195,000 received from the American Rescue Act to add a new pump and generator to its main water tank. The tank is currently working on gravity pressure alone, but the new upgrades will allow all of its water to be used after it’s installed.

“We don’t utilize all of the water in the tank because we have no pressure,” Caradine said. “It’s all gravity pressure, you know. So, we’ll have even pressure after that. We’ll see if we have enough money left to buy a generator in case there is an outage.”