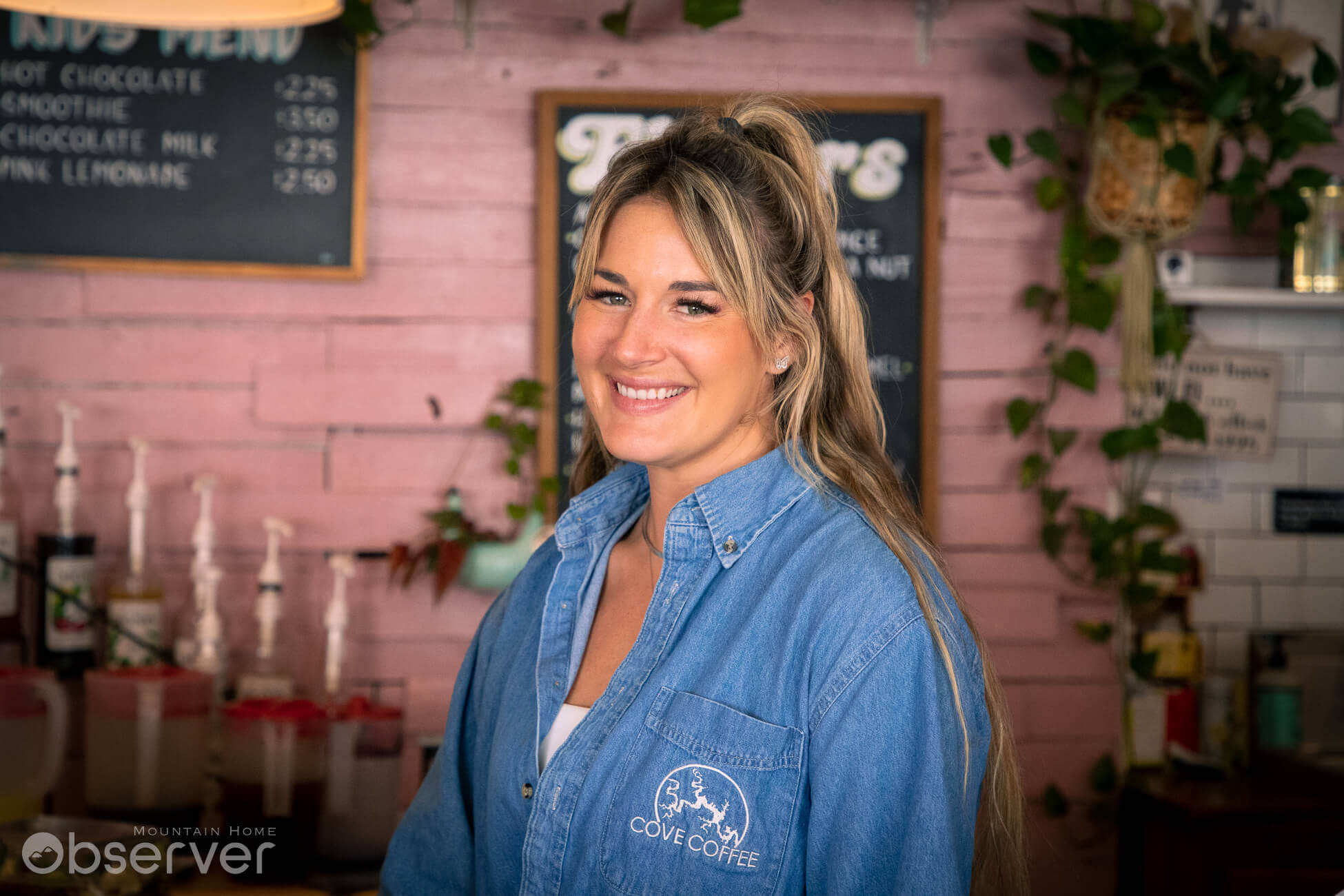 Kelsey Bertel and her popular Cove Coffee handed out free cups of the good stuff on Friday, as locals poured in through the doors to share their excitement over Cove’s success.

“Perfect! Y’all are the best team, best coffee, and every visit is the highlight of my days. Your little shops whole vibe brings me hope & happiness on my hardest days and more joy on my happy days,” said Mountain Home local Jessie Warner in a Facebook post.

Raised in Mountain Home, Bertel was obsessed with the downtown area as a child. She would visit the downtown square with her friends, popping in and out of the stores for fun.

And while there wasn’t much for her and her friends to do, she saw the potential of Mountain Home’s old-time square.

Bertel’s journey to opening her downtown coffee shop would start with her return to the small town after being away for seven years. She picked up work at Brewed Awakening, another of Mountain Home’s coffee companies, and fell in love with the craft.

She soaked in the experience, learning all she could from Brewed Awakening’s former owners Mike and Kimberly Lengenfelder. By the time she turned 25, her thoughts had begun to drift back to downtown Mountain Home.

The second a space became available in the downtown area, Bertel took her risk and opened Cove Coffee in 2018.

She said she started with nothing, but secured the equipment needed to get going after learning that one of her husband’s clients was getting out of the coffee business.

Cove Coffee is not a typical coffee house. It doesn’t have individual seating and tables. Instead, the shop is filled with couches and communal tables where guests can sit down and get to know each other over a game of chess or checkers.

Its coffee is locally sourced from Allan Hickman, a micro-roaster in Harrison, Arkansas. Its baristas have artistic freedom to experiment and make new drinks and flavors when they want. The shop also sells fresh pastries from Aletha McClure, a local baker in Mountain Home.

This month’s seasonal drinks are themed around Halloween.

There’s also no WiFi to connect to, a conscious decision on Bertel’s part, though guests can bring their personal hotspots if they want to connect to the internet.

Cove has continued to grow over the four years it’s been open, thanks in part to Bertel’s “flavor first, sweetness second” approach to making coffee.

Over time, she’s been able to upgrade some of her equipment and has recently renovated the space to include a better coffee bar and new flooring.

She and her husband, Mark Bertel, owner of The Dels Corporation and Rio Burrito, have also focused on giving back to the community by getting involved with the local Humane Society and other charities.

“I’ve surrendered to the fact that I’m in control of what’s going to happen now, and I’m just trying to make this place the best,” Bertel said.