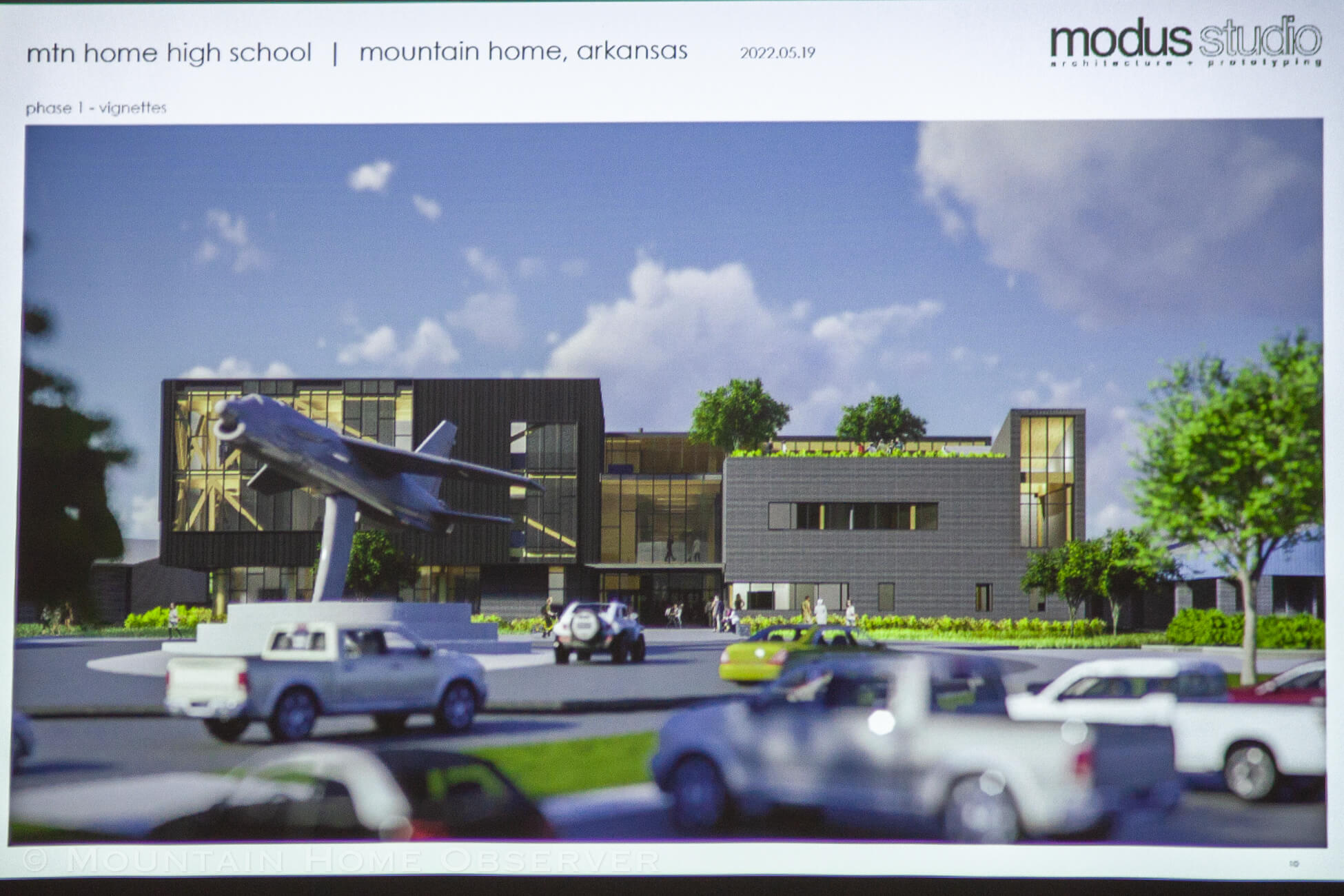 Editor’s note: The Board of Equalization began hearing appeals yesterday. The article has been updated to reflect that. The deadline for residents to make an appeal is Aug. 13.

The first day of early voting for Mountain Home Public Schools special election saw a steady stream of voters turnout to cast their ballots on a proposed tax increase that would pay for a remodel of Mountain Home High Schools original 1966 building.

Voters heading to the ballot were a mixed bag, with some being for the millage increase and others strongly against it, citing economic uncertainty from rising food and gas prices from inflation, as well as rising property taxes in Baxter County.

The new millage increase would run taxpayers an average property tax increase of $45 per $100,000 of property value per year. Updated property assessments were recently sent out to owners last month following the end of a five year reappraisal cycle, with new appraisals to be reflected in property taxes for the 2023 fiscal year.

Baxter County has roughly 44,000 parcels of land in real estate property throughout the county. Of that number, 22,000 or so saw an increase in their appraised value, with some owners seeing their taxes doubled. Under Arkansas law, property taxes are frozen for a homeowner age 65 and older.

Baxter County has seen boom in its housing market following the COVID-19 pandemic. This boom has led not only to a housing crunch in towns like Mountain Home, but has also led to a large spike in property values due to competing bidders on for sale homes.

Some properties that were originally purchased for $140,000 a few years ago, were able to sell for prices in the $250,000 – $300,000 range as families from larger cities moved to more rural locations. For homeowners looking to appeal the county’s appraisal over their property can file an appeal with the county’s Board of Equalization, which will begin hearing appeals on Aug. 3. Residents have until Aug. 13 to contact the Board of Equalization and make their appeal.

This flood of new residents have brought a flood of new tax dollars to the county, which has seen record numbers coming into its coffers. Combined with federal tax money, Baxter County has found itself flush with cash, and has been putting that money to use through various pay raises and construction projects.

The county’s local towns cities have also seen a 12.9% increase in revenue compared to this time last year. The county has now pulled in 13.1% more revenue than what it had projected for the 2022 year.

While Baxter County and its smaller local governments have been enjoying revenue increases, the same cannot be said for the average taxpayer as inflation reached a staggering 9.1% in June.

According to the Consumer Price Index (CPI) – which is a broad measure of the price for everyday goods – food prices have outpaced overall inflation, rising 10.4% in June compared to a year ago. This takes into account food at home and at restaurants.

Inflation for food-at-home, which accounts for grocery store and supermarket food purchases, rose even higher to 12.2%, underscoring how consumers are not getting much reprieve by trying to cook at home.

Energy prices have also skyrocketed due to low production and high demand, with gas prices surging to a national average of $4.95 by the end of June. It should be noted that prices have decreased to an average of $4.35 nationally due to an influx of national reserve oil into the supply chain. That price reduction is only temporary, with prices set to go higher again, unless the Biden administration uses more reserves or finds a way to increase production domestically.

Those higher prices have caused some retail stores like Walmart to slash prices on electronics and clothing as shoppers begin to prioritize their money towards food and gasoline.

“The increasing levels of food and fuel inflation are affecting how customers spend, and while we’ve made good progress clearing hardline categories, apparel in Walmart U.S. is requiring more markdown dollars,” Walmart CEO Doug McMillon said in a statement.