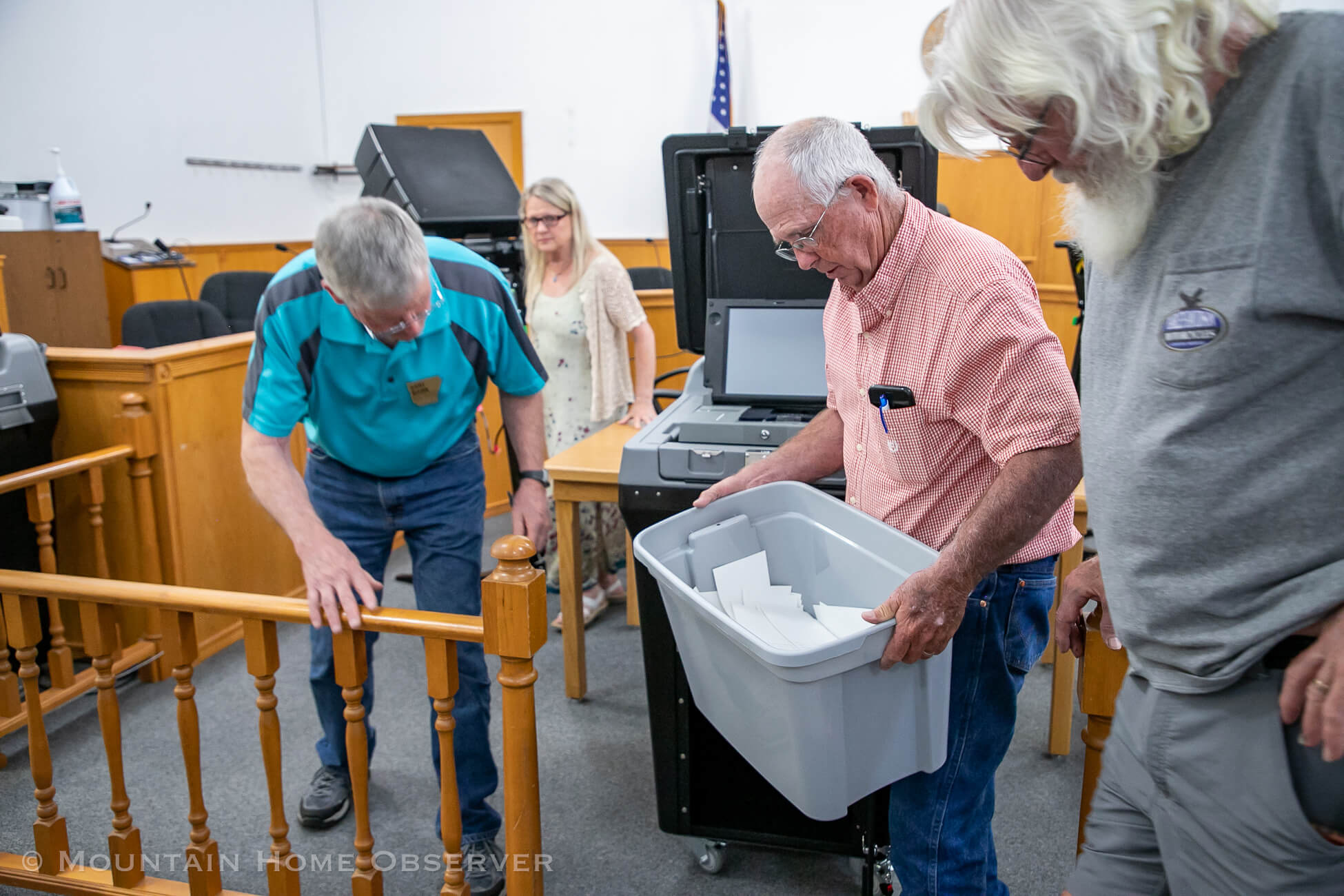 Early voting officially opens to voters in Arkansas on Monday

Voters can begin to voice their opinions on the direction of Arkansas and the nation by casting their ballots as early voting officially begins on Monday.

This election cycle has a high chance of being a referendum on the Democrat party as inflation, high gas prices, high crime, and potential nuclear war in Ukraine continue to weigh on the minds of voters. The latest polls have shown a significant shift in favor of Republicans after they lost ground earlier this summer over the Supreme Court’s decision to overturn Roe v. Wade.

While polling turned sour on Republicans following the vote, the issue has fallen out of the lime light despite Democrats’ best efforts to make this years election about abortion and women’s rights.

Democrats nation wide now argue that democracy is at stake if Republicans regain control of the House and Senate and have continued to focus on the J6 riot that took place two years ago, while Republicans have honed in on high inflation, illegal immigration, government corruption, high energy prices and supply chain issues.

Democrats have recently been accused by Republicans of attempting to buy votes by attempting to pay off student loan debt and by using the nation’s emergency war time oil reserves to lower fuel costs weeks before the election.

And while Arkansas is expected to remain in Republican control, voters have several votes to cast this year to determine several amendments to the states constitution.

This election cycle has seen four separate ballot issues to land in voters laps, ranging from the legalization of marijuana to allowing the State Legislature to call special sessions.

Here’s a break down of each ballot issue.

Under Ballot Issue 1, the Arkansas Legislature is proposing an amendment that would give them the authority to call special meetings of the legislature at any time. Under the current constitution, only the governor has the power to call for special meetings at this time.

If approved, the proposal would amend Section 5 of Article 5 of the Arkansas Constitution, which covers when special meetings can take place. The new section would allow legislatures to call a special session at any time if the House speaker and the Senate president jointly decide to convene lawmakers.

The speaker and the president would set the agenda for the meeting.

A special meeting could also be called if two-thirds of the legislature signs a written proclamation calling for a special session. To reach the two-thirds needed, 67 out of the 100 House representatives would be needed, with 24 of the state’s 35 senators signing on as well.

Under the proposed amendment, Arkansas legislators have proposed to increase the percentage of votes required to pass most statewide ballot issues.

Requirements for citizen-sponsored referendums, which ask voters to decide the fate of existing laws, would remain unchanged and be decided by a simple majority of voters.

Between 2000 and 2020, Arkansas voters considered 40 proposed constitutional amendments and state laws that the legislature and citizen groups had referred to. Voters approved 30 of these ballot issues and rejected the remaining 10 proposals.

Of the 30 measures voters passed, 18 received at least 60% voter approval.

This means that 12 of the 30 proposals that Arkansas voters passed in the last 20 years would not have satisfied the proposed 60% voter approval requirement.

Supporters of the amendment state that courts and opinions change over time and that the state should use the strongest language to deal with the issue. They also argue that it would create a barrier to infringements on religious freedom at the local level.

On the other hand, opponents against the amendment argue that it is redundant and would place citizens in a weaker position were the issue to be challenged under the First Amendment.

It should be noted that the amendment provides no definition for what burdens are nor defines what a “compelling government interest” is.

In Arkansas, the issue of religious freedom hasn’t been put forth to voters since 1874, when voters approved Article II, Section 24 of the Arkansas Constitution.

In 1993, Congress passed the Religious Freedom Restoration Act (RFRA) in response to a 1990 U.S. Supreme Court case over how to judge and determine the government’s burden on free exercise claims. The RFRA set out to prohibit federal, state, and local governments from substantially burdening a person’s exercise of religion.

The RFRA was found unconstitutional in 1997 by the Supreme Court, which argued that the bill exceeded Congress’ enforcement power as applied to state and local governments. The RFRA is still the law regarding the federal government’s impact on a person’s exercise of religion.

In 2015, Arkansas passed Act 975, which mirrors Congress’ RFRA bill. Arkansas is one of the 20 states to adopt bills mirroring the RFRA.

The Baxter County Quorum Court has passed a resolution denouncing the proposed constitutional amendment, stating that they believed the amendment would give the state more power to restrict religious freedoms during declared emergencies.

Arkansas is one of 15 states where citizen groups can put a proposed constitutional amendment, state law, or veto referendum on the ballot with voter petitions.

The amendment to decriminalize personal marijuana usage is the only amendment on this year’s ballot to have gone through the court system. After a lawsuit was filed to stop the amendment from being on the ballot, the Arkansas Supreme Court ruled votes cast for or against Issue 4 would be counted on Sept. 22.

The court filing and opinion may be found and read here.

This citizen-proposed amendment asks voters to change the Arkansas Constitution to allow and regulate cannabis, also referred to as marijuana, for non-medical purposes. The proposal also would make numerous changes to add, alter or remove parts of Amendment 98, currently known as the Arkansas Medical Marijuana Amendment of 2016.

For people 21 and older buying marijuana, this amendment would:

Make the possession of one ounce of marijuana for non-medical personal use legal under Arkansas state law for adults while recognizing the drug remains illegal under federal law.

Regarding cultivation facilities that grow marijuana, this amendment would:

Related to taxes and licensing fees, this amendment would:

If approved by voters, this amendment also would:

In 2016, Arkansas voters approved The Arkansas Medical Marijuana Amendment of 2016, which established a legal process in the state to grow, sell, buy and possess marijuana for specific medical purposes.

How and Where to Vote

There are currently three ways to cast a ballot in Arkansas. Voters can vote through an absentee ballot, in-person during the early voting period, or in-person on election day.

Absentee ballots must be requested through the Baxter County Clerk. Voters qualify to vote via absentee ballot if they will be absent, are ill, are disabled, or are temporarily living outside the United States but permanently residing in Baxter County. Ballots are only available in English. Voters can bring someone with them to help translate. Electronic machines are used for voting on Election Day. Paper is used for absentee voting and sometimes for early voting.

Arkansas state law requires voters to show a photo ID when voting in person. People voting with an absentee ballot must also include a copy of their photo ID.

Voting is still allowed without a photo ID, but the vote will not be counted until an ID is brought to election officials. Voters have until noon on the Monday following the election to show their photo ID in person to the county clerk or county board of election commissioners. Election workers will ask voters for their name, address, and photo ID at voting locations.

Photo IDs you can use to vote include:

November 8, General Election Day polls open at 7:30 a.m. and close at 7:30 p.m. at the following locations and addresses:

A list of appointed election officials, deputy clerks or additional deputies hired to conduct the early voting can be located on the door of the Baxter County & Circuit Clerk’s office beginning Friday, Oct. 7

Any person who makes an objection to the service of a designated poll worker must make it known to the County Board of Election Commissioners within seven calendar days. The deadline for objections must be received before the date of the election.

Hearings will be held for Provisional Ballots that are rejected on the following Monday, Nov. 14, from 10 a.m. till noon.

The deadline to register to vote in the Primary Runoff Election was Oct.9.