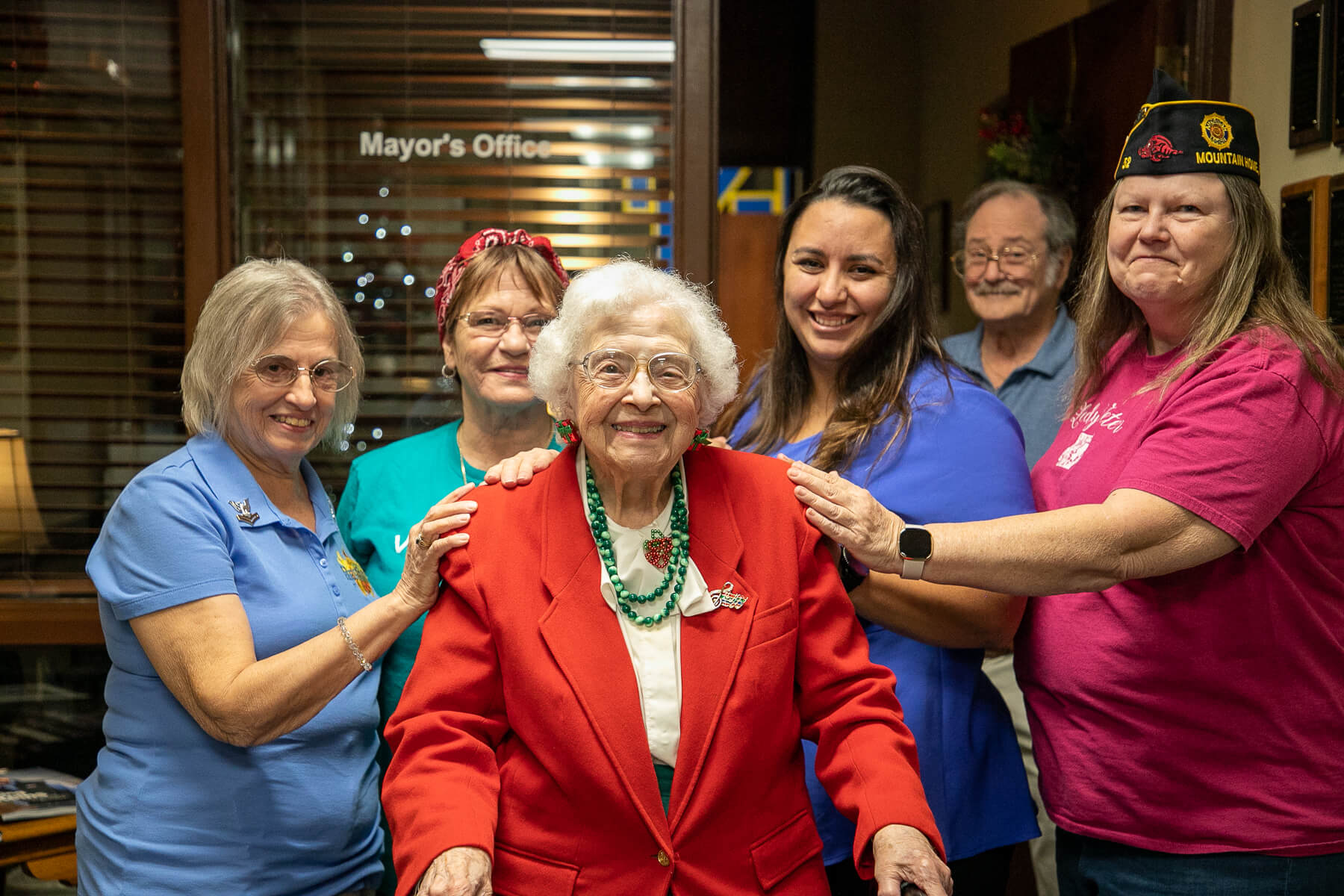 Editor’s note: Edith Mitchell’s proclamation contained an error that was discovered after it was presented. Mitchell’s mother served as a nurse’s aid during the war, not Mitchell herself. The article and her proclamation have been updated to reflect the correct information.

World War II was a defining moment in American history.

Young American men and women found themselves fighting a six-year war that spanned across 30 different countries. Over 100 million people worldwide were forced to leave behind their everyday lives and join the war effort.

On one side, the United States and Allied forces. On the other side, authoritarian dictators in Europe and a Japanese empire bent on conquering the Pacific.

On Sept. 1 1943, Edith Aileen Mitchell enlisted in the Women’s Army Corps to participate in the war effort. Her military career would take her to new states and direct contact with prisoners of war.

Little did she know that 78 years later, she would be honored as a Military Women’s Memorial Living Legend for her service in the United States Army on the eve of her 100th birthday during a ceremony at Mountain Home’s City Hall Dec. 2.

“I was overwhelmed, but I appreciate it. I surely do,” said Edith Mitchell after receiving her proclamation.

After enlisting, Mitchell headed to the “swamps” in Daytona Beach, Florida, to complete basic training before being assigned as a Chaplain’s Assistant due to her background in music. She would obtain the rank of Tech 5, the equivalent of a corporal in today’s modern Army.

As a Chaplain’s Assistant, Mitchell was sent to Camp Stoneman, California, which served as a central launch point for soldiers and Marines heading to the Pacific theater. Her duties included writing letters for the Chaplain and playing music during Catholic, Protestant and Jewish services.

“She recalls one service where she played ‘Ninety and Nine’ for a chapel full of service members leaving for World War II operations,” said Mountain Home Mayor Hillrey Adams during Mitchell’s proclamation reading. “Her voice inspired some soldiers to make public professions of faith. She remembers the men walking up the gangplank with the water from their baptism dripping off their back.”

Her position as a Chaplain’s Assistant also took her to prison. She was placed in charge of German and Italian prisoners of war who were given work tasks throughout the day.

Mitchell said the task was difficult as she spoke no Italian and only knew a little German. During her service, one of her most memorable moments came during the Easter holiday when she supervised a group of German prisoners disposing of the prison’s Easter flowers.

“I did have a little German when I was in college and I knew I could kind of halfway converse with them,” Mitchell said. “So, I struggled in my best German in telling them how to do things. For two weeks, they let me go on with me struggling with my German. And then one day, I said to throw out the Easter flowers, and I said ‘Danke.’ And he turned around to me with this wicked grin and said, ‘you’re welcome’ in the best English of all.”

Mitchell comes from a family with a long history of service. Her mother also volunteered as a nurse’s aide during WWII, where she took care of the Bataan death march survivors. The march saw Imperial Japanese forces move 60,000-80,000 American and Filipino prisoners of war from Saysain Point, Bagac, Bataan and Mariveles to Camp O’Donnell, Capas, Tarlac, via San Fernando, Pampanga, where the prisoners were forced to walk until they died. Survivors said many prisoners were executed for failing to remain within arm’s length of the person marching in front of them.

Mitchell would return to civilian life in January 1946. Embracing her love of music, she would use her GI Bill to attend college at Columbia University, earning her master’s degree in voice and music.

In 1991, Mitchell and her husband would officially move to Mountain Home after the birth of their granddaughter.

She will be celebrating her 100th birthday Dec. 18 at the lower Fireplace Room of the Family Life Center of the First Baptist Church in Mountain Home. The celebration is open to the public, and the family encourages guests to drop by and visit.

Gallery: First snow of the season