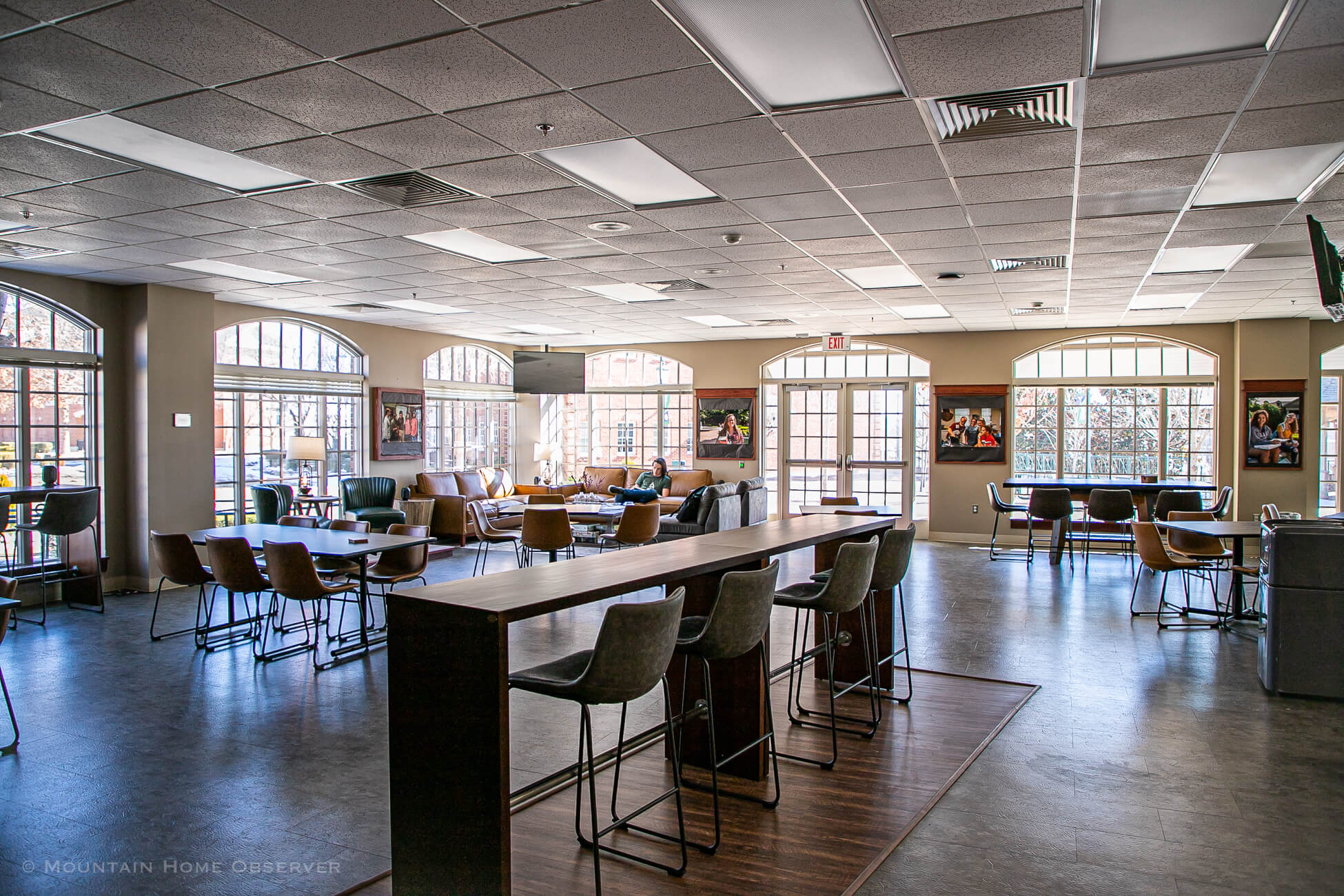 There’s officially a new place to eat in town, and it’s in a location that you won’t be expecting.

Arkansas State University – Mountain Home officially has its new OwlCove Eatery open to students and residents in Mountain Home and the surrounding areas.

The new restaurant is located on the main floor of Dryer Hall on ASU-MH’s campus.

“It used to be a Subway, and then it was a New York Steamer,” said Christy Keirn, associate vice chancellor for marketing and community relations. “Ever since we’ve been open on this campus, we’ve had food service. It went from Subway to New York Steamers with the Magnus family, and during COVID, we shut down completely. And so they let us put out an RFP to find a new food service provider.”

Haile, who already catered for ASU and had the first right of refusal on campus, officially began serving students in the new restaurant three months ago.

“Dr. Meyers and everyone welcomes the fact that we welcome outside civilians to dine here,” said John Haile. “They want more campus activities and stuff, so hopefully, we’ll be able to open up to the public more. Students and faculty go first, of course.”

Originally a mechanic in California, Haile got his start in the foodservice industry after purchasing Kellers Cove in 1998.

The resort, which rests on Norfork Lake, featured a restaurant that attracted a large summer crowd that let Haile perfect his craft by figuring out what worked and what didn’t work.

“When I bought Kellers, I believed I was going to be Mr. Fishing Guide when I bought the resort,” Haile said. “I was going to hire all of these [people], and realized out here, getting somebody to drive 30 miles from town out here to cook [is hard], and we just got kind of a need [for me to cook]. The first couple of years, I was getting my feet wet, listening to clientele. We’ve always been blessed with wonderful customers, and constructive criticism was always welcome.”

With his resort taking off, Keller began to look into catering during the holiday seasons after customers began asking for his prime ribs and steaks. The catering portion of the business took off, eventually consuming his time.

He would sell Kellers Cove in 2007, a full three years before landing his biggest catering gig at the Baxter Bistro inside of Baxter Labs in 2010. He would buy back Kellers Cove in 2012 after a five-year break and would run his catering business out of the same kitchen.

“The Baxter plant manager said, ‘This is your kitchen here. You cater out of here,” Haile said. “It made it really convenient for us because it was centrally located. We could bring it hot and fresh, were out there at Kellers Cove I was 45 minutes away.”

Haile would continue to run his restaurant and catering business for the next several years. As his reputation grew, Haile began to cater to major companies in town like Dan Foss and several functions for the county’s fire departments.

He also landed a job serving the Governor during a visit to ASU-MH’s campus.

Sadly, his time at Baxter Labs would end with the beginning of the COVID-19 pandemic in 2020, forcing Haile to begin looking for new ventures.

“COVID wiped me out,” Haile said. “My good friend Greg Todd, he’s half partner now in this picture. We bought this little silly food truck, and because I was starting to get out there and they were lifting COVID restrictions, we were starting to get some callbacks for some catering jobs – and I thought, well, you know, this time I don’t know how chaotic I wanted to get.”

Haile and Todd decided to apply and began immediately reopening the on-campus dining facility that had been closed due to COVID.

After taking on some odd jobs, Haile and his partner were approached by ASU about putting in for the newly opened RFP for what would become The OwlCove Eatery since Haile already had a first right of refusal contract with the campus.

“Nobody else bid on the deal, and we got the contract,” Haile said. “It sounds silly now, but we’re still trying to create this deal.”

The OwlCove Eatery, which got its name from students on campus, features hot and fresh food from Haile and his staff. The restaurant, which is still in the process of overhauling its menu and upgrading its kitchen, serves a variety of food items, including Italian food, Mexican food, and BBQ.

Thanks to Samantha Sisco, a 20-year baker from Chicago, the restaurant also features daily baked goods. Haile is also joined in the kitchen by Ashley Whitehead, one of his long-time employees from Baxter Bistro.

“We’re going to have your staple menus,” Haile said. “And then, what’s been the beauty of the catering with us– we have come up and created so many different styles of food. We dabble in everything from Mexican food to Italian food. A lot of BBQ. It’s kind of neat.”