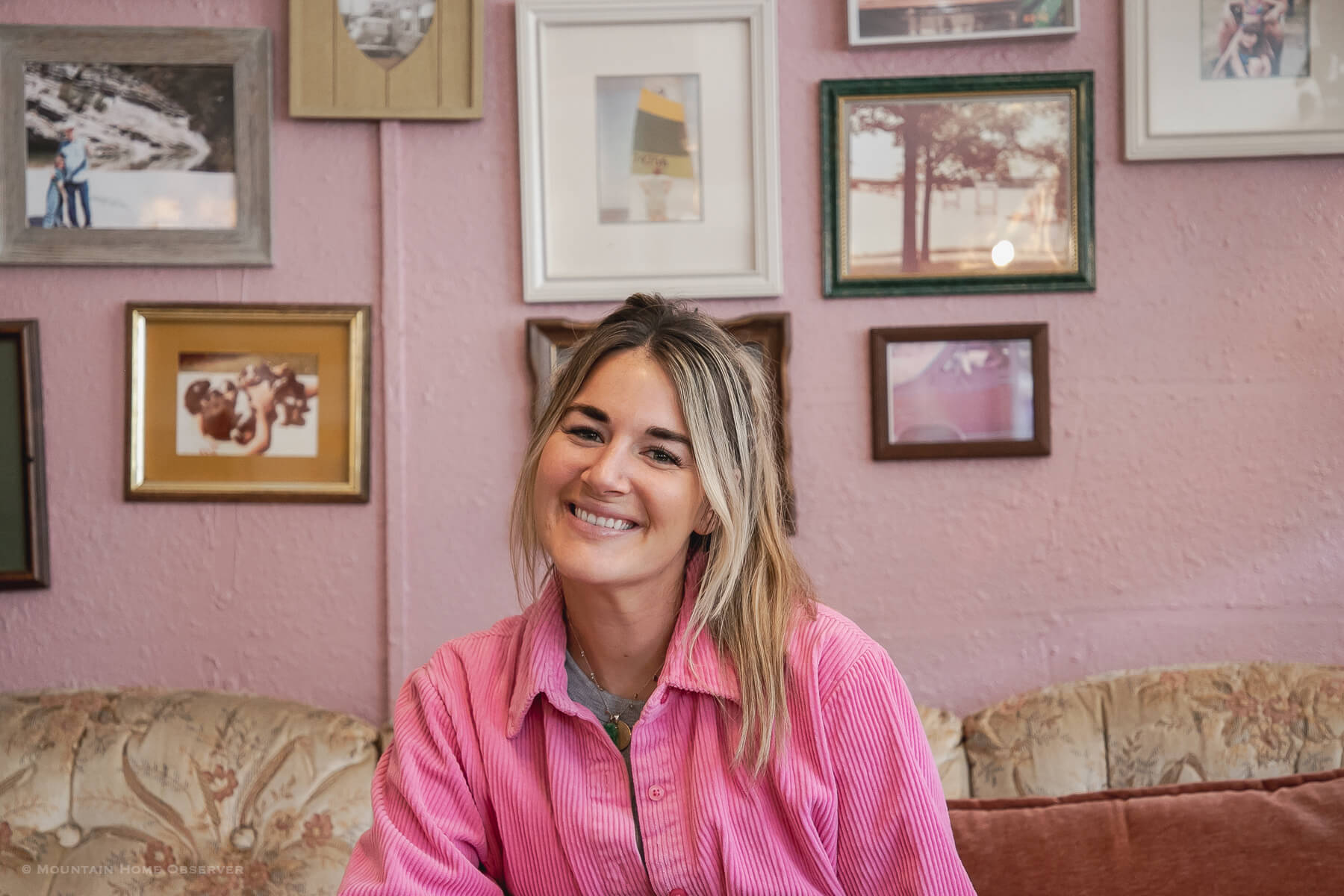 One of the best things about living in Mountain Home is finding all of the hidden gems it has to offer.

In today’s fast-paced, WiFi-connected society, most are drawn to large cities and their large shopping centers and chain restaurants. It’s all go, go, go!

Every now and then, though, people slow down. They take vacations to small towns like Mountain Home for a change of pace. They’ll start to explore off the beaten path, looking at what each city has to offer.

“I still hear people say all the time, ‘Oh how long have you been here,’ and I’m like, three years, and they get embarrassed,” Bertel said. “And I’m like no, that’s the joy. It’s a joy to be in business and know that I still have more people to serve. I’m super passionate about our area, and there’s more that I could do to make Cove better for my community.”

Raised in Mountain Home, Bertel was obsessed with the downtown area as a child. She would visit the downtown square with her friends, popping in and out of the stores for fun.

And while there wasn’t much for her and her friends to do, she saw the potential of Mountain Home’s old-time square.

“I kind of always had an obsession with downtown, even in school, even though nothing was really there,” Bertel said. “I mean, we had the jewelry store and Old Time, but I remember talking with my friends and telling them we’d eventually do things downtown.”

Bertel’s journey to opening her downtown coffee shop would start with her return to the small town after being away for seven years. She picked up work at Brewed Awakening, another of Mountain Home’s coffee companies, and fell in love with the craft.

She soaked in the experience, learning all she could from Brewed Awakening’s former owners Mike and Kimberly Lengenfelder. By the time she turned 25, her thoughts had begun to drift back to downtown Mountain Home.

“I came back home and started working with coffee, and Mike, from Brewed Awakening, he was my mentor,” Bertel said. “I worked with him, and he gave me a shot. Slowly, I realized that I was about to be 25, and I was ready to take a risk. I loved my job, and I have a big passion for serving people. And I wanted to be downtown. That was the only place I wanted to be.”

The second a space became available in the downtown area, Bertel took her risk and opened Cove Coffee in 2018.

She said she started with nothing, but secured the equipment needed to get going after learning that one of her husband’s clients was getting out of the coffee business.

“I had no idea if this was going to work,” she said. “I started with a product that I felt extremely passionate about, and the space just grew. And then I just had to be confident in my environment. So confident that other people would catch on, and they would be confident in it too.”

Cove Coffee is not a typical coffee house. It doesn’t have individual seating and tables. Instead, the shop is filled with couches and communal tables where guests can sit down and get to know each other over a game of chess or checkers.

Its coffee is locally sourced from Allan Hickman, a micro-roaster in Harrison, Arkansas. Its baristas have artistic freedom to experiment and make new drinks and flavors when they want. The shop also sells fresh pastries from Aletha McClure, a local baker in Mountain Home.

There’s also no WiFi to connect to, a conscious decision on Bertel’s part, though guests can bring their personal hotspots if they want to connect to the internet.

“My intention was to very much make a place like a watering hole,” Bertel said. “No WiFi. And that’s totally cool if they want to come and have a place for peace. It’s just I grew up knowing that we didn’t have places where we could all go hang out, and what we wanted then was watering holes like this. I want everyone to feel comfortable.”

Cove has continued to grow over the three years it’s been open, thanks in part to Bertel’s “flavor first, sweetness second” approach to making coffee.

Over time, she’s been able to upgrade some of her equipment and has recently begun to focus on installing a new bar and flooring in the coffee shop.

She and her husband, Mark Bertel, owner of The Dels Corporation and Rio Burrito, have also focused on giving back to the community by getting involved with the local Humane Society and other charities.

“I’ve surrendered to the fact that I’m in control of what’s going to happen now, and I’m just trying to make this place the best,” Bertel said.