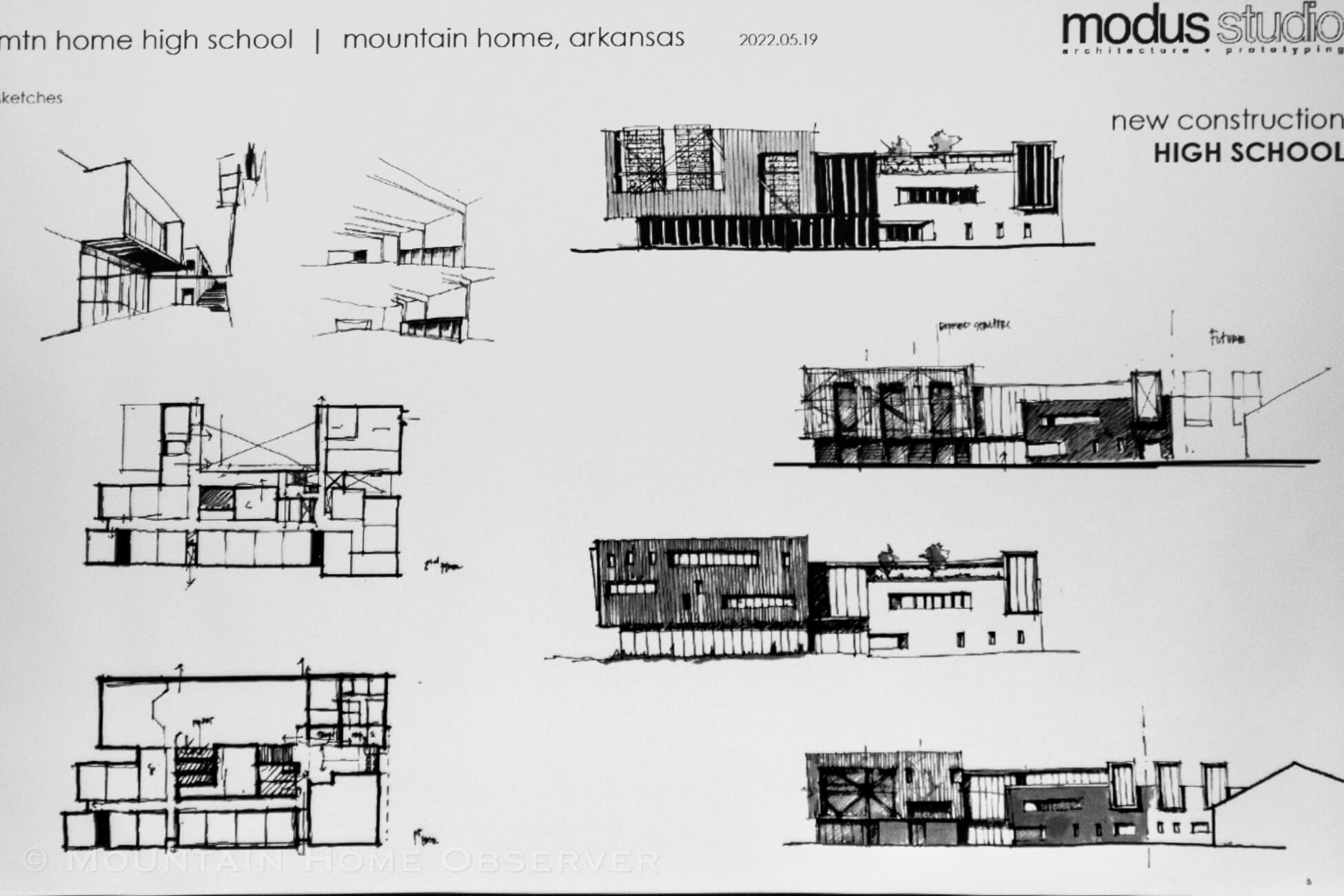 Election day has arrived in Mountain Home, and the fate of Mountain Home High School is only a few hours away from being known.

The school’s proposed remodel and the 2.25 millage increase needed to fund it has been the talk of the town, with residents passionately debating their side of the issue against each other.

On one side is the pro-remodel side, which argues that the community should tighten its belt and invest in its children, and on the other are concerned citizens who state that many in the community can’t take another tax increase as a stagnating national economy teeters on the edge of a recession.

“While I love the idea of seeing the school renovated and upgraded, I wish the millage request had been for a lower amount, or had included multiple options with varying bond amounts, coupled with a campaign to raise private funds through donations to make up the difference,” said Melissa Brooks Klinger in an impassioned Facebook post on the issue.

Now, over 30 years since its enclosure, the oldest section of the school is starting to show its age. The 1966 section still features its original plumbing and wiring, forcing the district to do patchwork repairs to keep that section of campus functioning.

Water damage lines much of the roof, amplified by the high humidity and the 120-degree temperatures felt inside the enclosed space during hot summer days. The floor sags under each footstep for those brave enough to climb to the top as the smell of mold and asbestos hits their noses.

“There’s no system,” Long said during one of his many tours of the high school. “There’s no way for fire to access it outside that door right there. So, what are they going to do? How are they even going to get a hose in here?”

With one roof well past the end of its lifecycle and the other reaching its replacement age, Mountain Home’s School District found itself in a difficult situation. They could either pay for a costly remodel, which would force taxpayers to front the vastly more expensive bill to bring the entire school up to modern code, or they could ask taxpayers to pay to rebuild the oldest section of the school after it was demolished, saving the taxpayers money in the long term.

The school district decided to go with the latter option and began looking into a full rebuild for that section of the school, with talks about the rebuild going as far back as 2018, well before COVID-19 and out-of-control inflation plagued the country.

Now, the vote over the school’s future and the district’s plan to finally fix a 30-year-old problem comes at the worse possible time as voters recoil from any form of government spending.

Yet through the noise, the school’s original roof remains a major problem that will continue to loom over the district, potentially costing it more money in the future if voters tell the district that their plan is a no-go.

“I’ve read some of the criticism of the opposition and have found it to be false, misleading, and in some cases just a simple difference of opinion,” said Arkansas Senate candidate Kyle Huber. “Nonetheless, this vote is vital to the future of North Central Arkansas, to the future of the Mountain Home School District, and the planning is forward thinking in how it addresses potential threats while at the same time adding academic opportunities with direct ties to local job placement.”

If approved, Phase One would see the front office, three labs, six classrooms, a teacher’s lounge, and an additional pair of classrooms torn down to make way for a new two-story 117,000-square-foot building.

The new building would boast

The new designs have also added a new emphasis on wood, corten steel, gabion stone walls, metal paneling, and bluestone. Previous artwork depicted a modern, simpler aesthetic with a focus stone and large windows to bring in light, but that was changed to accommodate the use of cheaper building materials.

Outside of a new main building for students, many of Mountain Home’s workers and their families would benefit from the $47 million project. The district is currently poised to return tax dollars back to the pockets of Mountain Home residents by purchasing its construction materials from local companies and by hiring local contractors and construction crews.

“This construction will also be done using local contractors. This was a big concern of mine, and Dr. Long assured me this was a priority for him as well,” said Huber after touring Mountain Home High School. “This project going to local contractors means local families get fed, get booked for years out with work, enjoy financial security, and many of them will be working on the very school their kids will attend. No one will care more about this school than contractors with kids and grandkids that go to school here.”

While the case for moving forward with the millage increase is strong, it may not be strong enough to overcome the pinched pockets of people struggling to get by.

Those against the millage increase are not wrong in their assessment that taxes have been rising in the Mountain Home area over the past few years. Last year, the city asked voters to approve two separate tax increases of 0.5% and 0.25%, respectively.

The new millage increase would run taxpayers an average property tax increase of $45 per $100,000 of property value per year.

Twin Lakes Plaza no longer available as polling station, Fairgrounds to be used instead