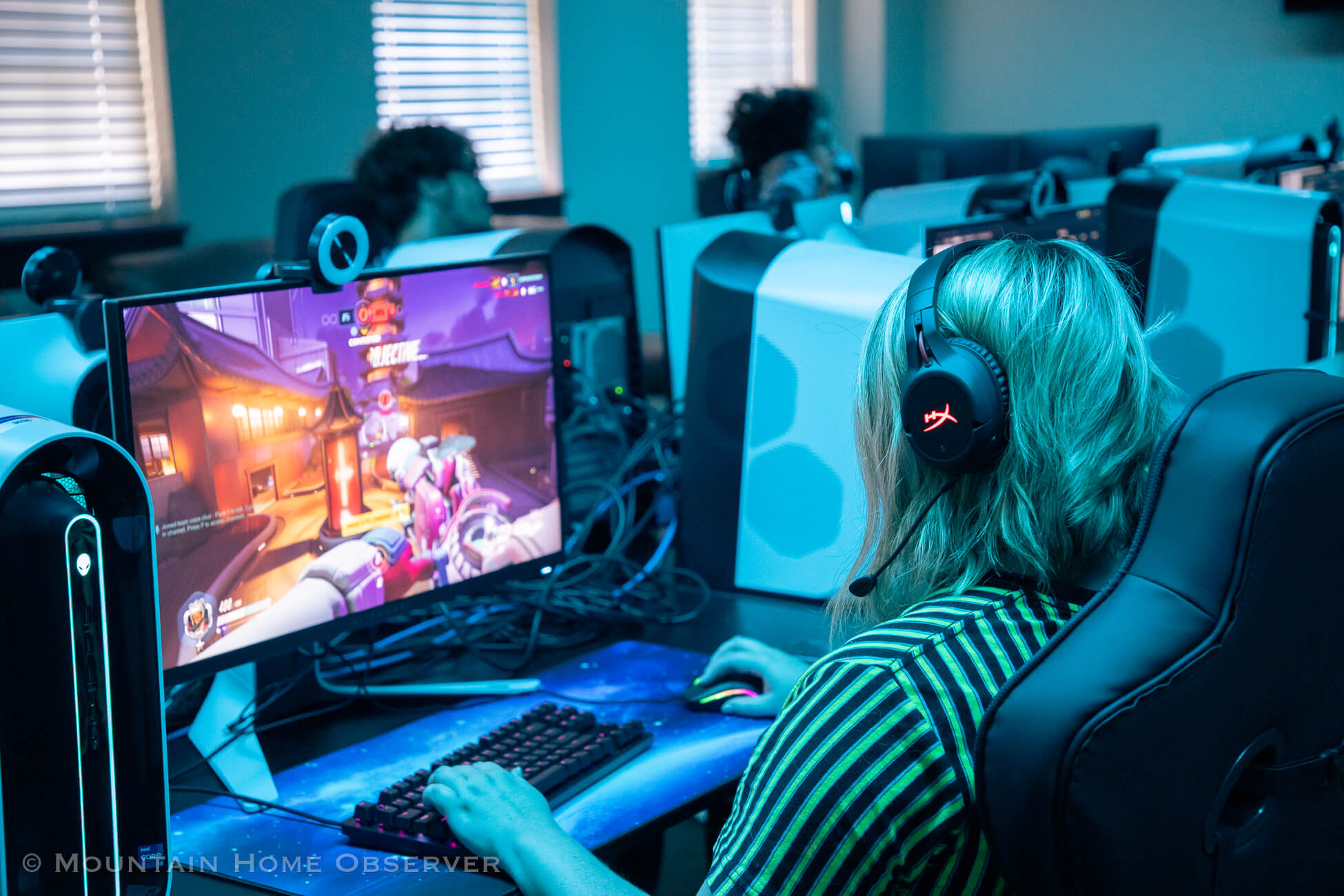 Mountain Home video gamers can finally unite! The world of Esports has officially come to Arkansas State University Mountain Home (ASUMH) with the formation of its new student-led Esports club.

The club, which will seek to create several competitive Esports teams, will be hosting its first meeting to discuss tryouts on Aug. 17.

“Our first official meeting will take place on Aug. 17,” said Sara Anderson, the testing center coordinator for ASUMH. “On that day, we will post our tryout dates. So, they will try out. It’s just like having another sports team on campus. Once the tryouts are done, we will convene again, and then we will set our practice days and hours. We’ll work around school schedules.”

In 2019, Arkansas State University – Jonesboro announced the creation of its Esports team, the Red Wolves, sparking an interest in creating another team in Mountain Home.

Anderson said staff members of ASUMH visited ASU-Jonesboro to see how that campus set up their Esports team before reaching out to interested students for input. The club’s formation was put on hold following the COVID-19 pandemic but has since picked up steam again this year.

The club and its competitive teams, which are set to operate out of ASUMH’s brand new Esports center in Rolling Hall, will be overseen by Anderson and ASUMH’s Tanya Stallings and Matt Clinger, though Anderson said the club would largely be student-led.

“Everything that we brought into the Esports center, all of that feedback was given to us by students and by visiting our sister school and seeing what they had set up,” Anderson said. “Then we brought back their recommendations and gave it to our students for them to give us their feedback. We want this to be student-led. Their feedback is important to us.”

Esports has seen a dramatic rise in popularity over the past decade thanks to popular streaming platforms like Youtube and Twitch TV. Thousands of video game players from all around the world now compete competitively over multi-million dollar prize pools.

Thanks to the rise of popular competitive stars like Matthew Haag, a former Call of Duty World Champion who goes by the name of Nadeshot, Esports quickly became a $1 billion industry while drawing in as much as 30 million monthly views this year alone.

Young competitors, like Haag, have been able to rack up millions in sponsorships, leading to a dramatic increase in preteens and teens entering the industry in hopes of making it big. Haag, who started his career at the age of 17, is now worth $30 million at the age of 29.

According to the National Association of Collegiate Esports, more than 170 U.S. colleges have varsity Esports programs and are offering around $16 million per year in scholarships. College esports tournament organizer Tespa notes that its competitions attract more than 1,350 schools and more than 40,000 players.

It has also awarded more than $3 million in tournament winnings.

And while the money may be good, College level Esports teams are also a good recruiting tool for male students. College enrollment amongst men has rapidly declined since 2012, leading women to out-graduate their male counterparts by nearly 10 percentage points.

“My house is a gaming house,” said Anderson on her two sons. “When this kind of came up, it was a chance to get my kids in on it. I had one that was going to go be a vet tech, but then he kind of got the IT bug, and I was like, Oh, we have Esports; this is going to be great.”

To help with the creation of its new Esports club, ASUMH created an Esports Center on campus boasting high-end Alienware computers and monitors that feature gaming keyboards and mouses, as well as headphones and webcameras.

“We still have some upgrades to do,” Anderson said. “We’ll have our room, and we’ll have the logo and the graphics on the wall. We plan on getting LED signage out of the room.”

When the club is officially up and running, it will consist of three to four teams, with a focus on games like Overwatch, Apex Legends, CS:GO and Valorant, with each team having a roster of three to five members with one alternate.

These teams will then practice together and begin competing with local Arkansas college campuses, with the ultimate goal of joining and competing in the National Junior College Athletic Association (NJCAA).

The teams will also be setting up Youtube and Twitch channels that focus on streaming their competitive matches. Anderson said scholarships and sponsorships would be added in the future as the teams continued to grow.

While students haven’t chosen an official name for the club and its teams at this time, Anderson said the club would be using the temporary name of the Esports Trailblazers until club members choose a name.

“I like the competition of it. It’s like any other sport,” said Cade Mitchell, an ASU student who was testing out the new Esports Center on Thursday. “You can just go in and improve. It’s not like physical capabilities. A lot of people consider it nerdy or whatever, but you use your head in a lot of these games to compete against other people’s strategies.”

Brooke Acklin puts focus on going her own way with Nomad Clothing Co.