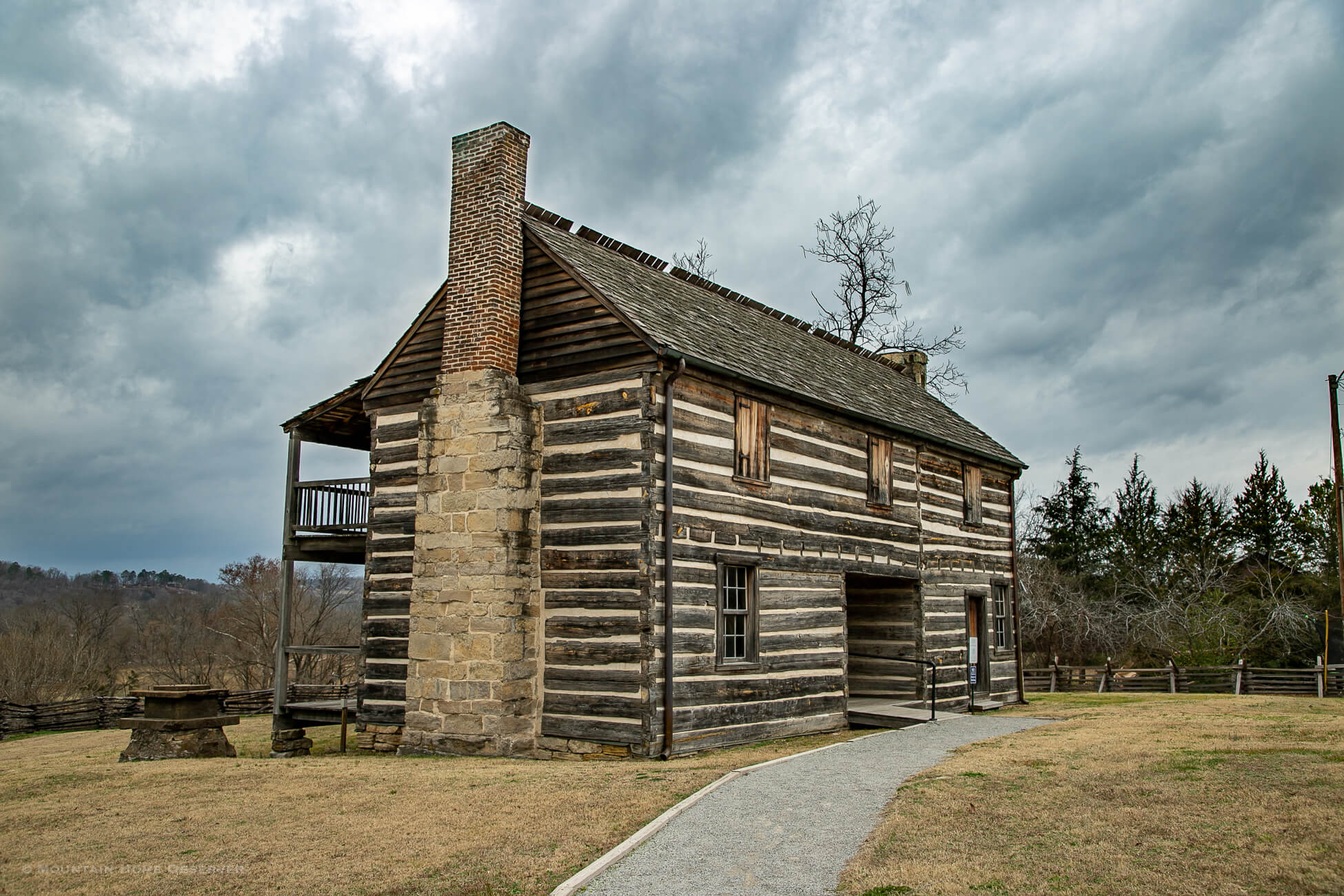 The Jacob Wolf House Historic Site has entered Phase II of development as the Arkansas Historic Preservation Program seeks to finish much-needed restoration work to the site’s various structures by the summer of this year.

The Wolf House is the last surviving structure of Arkansas’s Liberty community, which would incorporate and become the city of Norfork in the early 1900s.

“Phase I development was in 2019, and now we’re starting Phase II development,” said Marlon Mowdy, the historic site manager for the Jacob Wolf House. “We’re putting on a new period roof on it. It’s time to replace it. So, a new roof, new shutters, and carpentry repairs.”

The Department of Arkansas Heritage took over Baxter County’s famous historic site in 2017 after the Baxter County Quorum Court began seeking ways to make sure the site stayed open to the public.

After acquiring the site, the department placed the site under the control of the Arkansas Historic Preservation Program, a division within the department that works to study, document, and preserve the state’s historical sites, buildings, courthouses, cemeteries, and burial mounds.

Mowdy, a historian who has managed sites for the Arkansas Department of Parks, Heritage, and Tourism and the Arkansas Fish and Game Commission for nearly 30 years, was tasked to oversee the property as it entered Phase I Development. He holds a master’s degree in Heritage Studies from Arkansas State University.

“It’s paramount that we continue to preserve and protect these historic structures,” Mowdy said. “We promote the culture and history here through our public programming. This is definitely a property worth preserving and protecting. The Jacob Wolf House is on the National Register of Historic Places and is the oldest public structure in Arkansas.”

The Jacob Wolf House was built in 1829 by Major Jacob Wolf as a courthouse for what was then the Arkansas territory of Izard County. In 1836, the county’s courthouse would be moved after Arkansas became an official State within the union, allowing the Wolf family to move into the property as full-time residents until Wolf’s death in 1863.

Wolf served as a representative to Arkansas’ Territorial Legislature and was a pivotal member in the founding of Liberty. In 1829, he passed a bill to establish Liberty as the seat of power for the county and agreed to build the county’s courthouse.

An entrepreneur at heart, Wolf came to the Norfork area in 1820 before establishing his homestead on the North Fork River in 1824. Over his life, Wolf accrued more than 400 acres of property, owned two ferries, and worked as a merchant, carpenter, blacksmith, postmaster, politician, and was a Southern Baptist preacher.

John P. Houston, brother to American legend Sam Houston was the county clerk at the courthouse.

“He was a driving force in developing the community and bringing projects that better enhanced the way of life in the rural Ozarks,” Mowdy said. “He helped the White River become navigational. He extended a road across Northern Arkansas from the southwest trail. He was certainly a very astute businessman, very savvy politician, and a community builder.”

The Wolf House is a two-story log house featuring a dogtrot, or central breezeway, on its first floor. The house was built using yellow pine logs resting over wood chinking packed with a mixture of slack lime, sand, and portland cement. The frame was built using half dovetail notching.

The second story, used as the courtroom, still features the original flooring and nails from the 1800s.

“The half dovetail notching on the corners are amazingly placed and really speak to Jacob’s skill set,” Mowdy said.

Phase I development saw several carpentry repairs to the Wolf House and the installation of period-correct replica fencing around the property. A new walking trail was also installed outside the building.

The John Wolf House, home to Jacob Wolf’s brother, also received a new roof and a new porch during the first round of restorations to the property. The John Wolf House sits behind the site’s fully retrofitted visitor center.

“It’s important that people understand that these are restoration projects, not renovations,” Mowdy said. “When you’re dealing with almost 200-year-old historic structures, you restore them by keeping the structural integrity in place. Any new work to them has to compliment the time period.”

The Arkansas Historic Preservation Program spent $292,000 during Phase I of the Wolf House’s restoration project. Phase II will cost the program $235,000 on construction and an additional $25,000 on developing a new exhibit design.

Funding for the site comes through a state-sponsored grant from the Arkansas Natural and Cultural Resources Council (ANCRC). The grant money is funded through Arkansas’s real estate transfer tax.

“You have to have a special skill set to do historic preservation work,” Mowdy said. “Especially on structures that are almost 200 years old. When we seek out contractors through the bid process, they have to have proof in their portfolios that they have this type of experience.”

Phase II of the Wolf House restoration project is expected to be finished at the end of June. The Wolf House will remain closed to visitors at this time. Guests are encouraged to visit the site’s visitor center in the meantime.