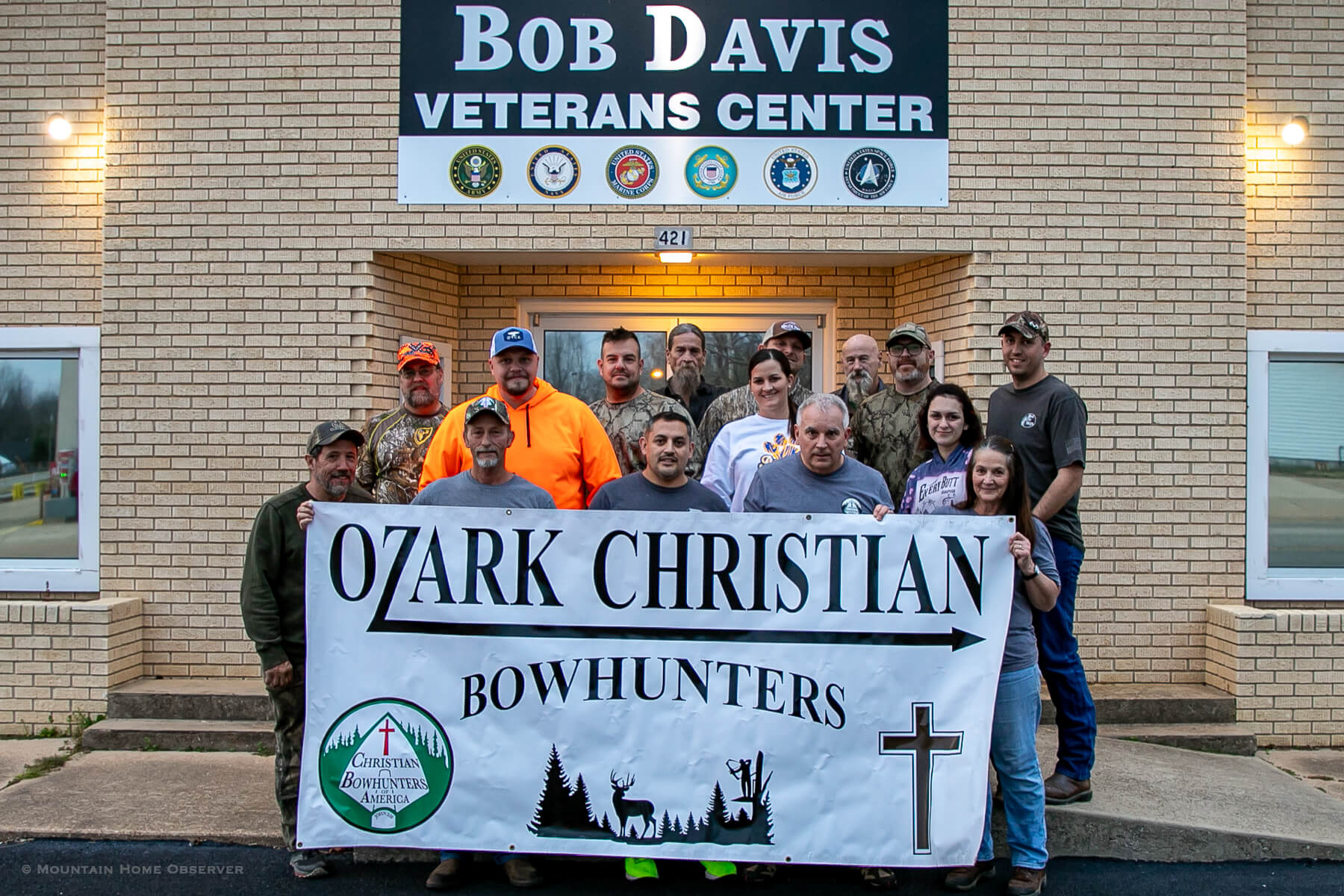 When it comes to human tradition, there is nothing more ancient than the act of hunting.

And while the tradition started as a necessity for humanity, it grew into something much more profound.

It became a right of passage for young men eager to serve their communities. Grandfathers and fathers used the experience to bond with their children.

Hunting is a primal act that gets humankind closer to its roots and back into nature. Some even call the experience a spiritual one.

Millions of hunters worldwide head out every year to try their hand at hunting. In Arkansas and the United States, that season is usually from Sept. through Dec.

Yet, it’s a dying art. In today’s fast-paced society, more and more people are straying from old traditions in favor of city life and social media.

It’s a trend that Mark Shaw and the Ozark Christian Bowhunters hope to change.

“If you’ve never tried hunting and you want to give it a whirl, it’s a good experience to get out in the field,” said Mark Shaw, chairman of the Ozark Christian Bowhunters. “Try it for a few days, and if it’s for you, that’s good. If it’s not, then you at least know.”

Formed in Michigan in 1984 by David L. Roose, the Christian Bowhunters of America is a non-denominational ministry that focuses on using bow hunting to spread the gospel to the world.

Consisting of 21 chapters throughout the United States, CBA helps those wishing to hunt into the field free of charge. The organization uses a network of volunteers to provide both new and old hunters with the land needed to hunt.

The Arkansas chapter of CBA, the Ozark Christian Bowhunters, currently has 5,500 acres of land available to hunt on, spanning from Yellville, Arkansas, to Harriet, Arkansas.

“We give people opportunities they might not have,” Shaw said. “We have very generous landowners that have donated property for us to use. There is no monetary exchange between us and the people we take on. It’s all free.”

CBA’s hunting trips are open to all people from various backgrounds, including veteran and novice hunters. Shaw said he sees about a 50/50 split in the groups he takes out into the field.

Many are new hunters, coming out to try their hand at the craft. Others are more experienced, often looking to take their children out for the first time or seeking to put food on their table for the year.

“It really varies, you know,” Shaw said. “We get some of the youth that have never hunted. Those are the really enjoyable hunts because when they harvest something, the smile on their face is worth a million dollars.”

For couples like Katie and Jesse Curtis, from Alexandria, Louisiana, it’s a way to get away from the children for a weekend and spend time together.

“I was on a Facebook page looking at Louisiana hunting leases, and I was going through, and somebody shared a link for this hunt,” said Jesse Curtis. “I read the message, and it said military, veterans, first responders, and spouses. So I signed us up for it.”

Shaw, who also serves as a board member at the Bob Davis Veteran Center, focuses on helping get veterans out in the field for some fun and relaxation.

Veterans who join Shaw and CBA on a hunting trip can stay at the Bob Davis Center if they are traveling from out of state.

CBA also works with other organizations like AR CAN, a chapter of the nonprofit Christian group 10 CAN that seeks to help veterans in their struggles with PTSD. AR CAN seeks to lower suicide rates by getting veterans outdoors and active in recreational therapy.

“Our mission would not be possible without partners like the Ozark Christian Bowhunters Association,” said Luis Lepe, the Arkansas ambassador for 10 CAN. “This unity under God and country through AR CAN is a grassroots movement dedicated to preserving our heritage, conservation, positive social change, education and training, diversity, and more.”

Shaw’s journey into joining CBA began in the 90s after he joined his local chapter in Idaho. A bow hunter since the 70s, Shaw worked his way to becoming a licensed bow instructor in Idaho through Idaho Fish and Game.

Hailing from Missouri, Shaw grew up tending to his family’s dairy farm before leaving to work for Stihl, one of the world’s biggest chain saw manufacturers.

“My dad kicked me off the farm,” Shaw said. “He didn’t want me to get stuck in that place. So, he told me to go get an uptown job.”

Shaw said hunting allows him to connect to nature and find fellowship with those he takes on his trips.

And fellowship is one of CBA’s central themes. Before the start of every hunt, Shaw opens up about his faith and asks others to join him in prayer and fellowship before going out for the day.

“I love the experience of connecting to nature,” Shaw said. “You get to see what God created. We share the gospel of Jesus with people. That’s how we have fellowship. If they’re not believers, we try to send them down the path of accepting Jesus Christ as their savior. The focus is on glorifying Jesus in everything we do.”

16 ways to find peace of mind