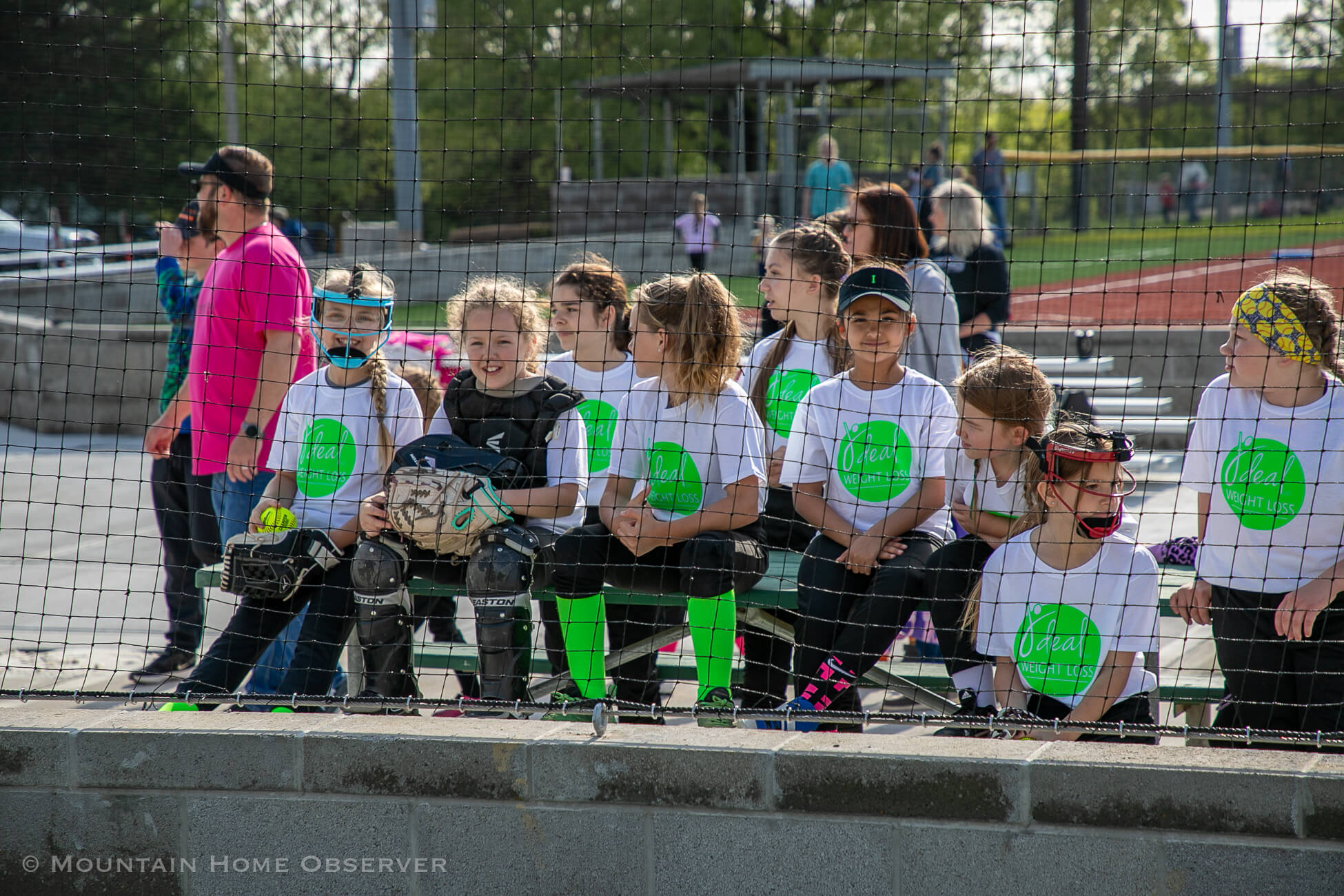 The mayor was joined by several members of city council and workers from the Parks Department and Street Department.

“Let me tell you something, you’re fixing to see a guy as happy as he was on May 9th when the sales tax passed,” said Mountain Home Mayor Hillrey Adams as he prepared to kick off the evening’s celebration. “It’s all about getting them little girls out there. It’s all about getting these kids on the field, and this is the first time, probably, that we got three and a half inches of rain yesterday, and before, we never ever would have played softball tonight.”

Keller Park has received much-needed improvements that have been made to the baseball field’s drainage system, which should get players back onto the field within 30 minutes of being rained out. Players were also able to enjoy the new turf that was installed after the park’s four fields were re-leveled.

More improvements will be coming to the park over the next few weeks. New netting will soon be installed in Keller Park to replace the park’s chain link fencing, giving parents a better view of their children playing baseball out in the field. New sunshades and seating are also being added to the ballpark.

The city is in the process of adding a barrier-free parking lot to Keller Park by the concession stand to allow visitors with disabilities to have easier access to the ball fields.

The mayor said the park’s fields were reopened as quickly as possible to ensure that baseball season started on time in Mountain Home.

“We got a lot left to do,” Adams said. “My goal was to open about three weeks ago, but it kept raining. So we worked to get that out there ready. Now we can get the kids on the field. We’ll continue to do this, and you can see we worked today. If you come out tomorrow, you see that construction may be sliding around.”