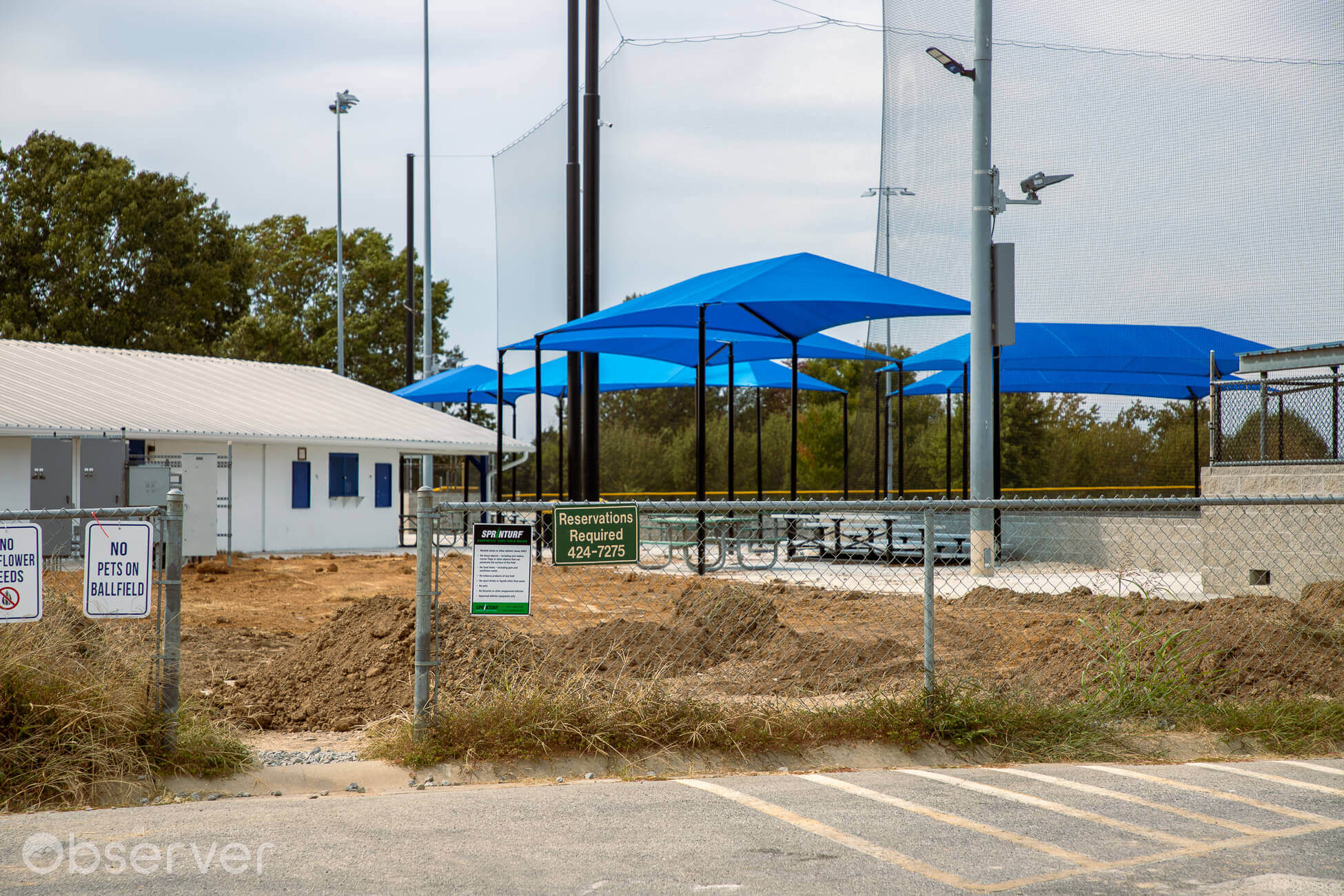 As Halloween approaches and 2022 begins to wind down, Mountain Home crews are still hard at work upgrading the city’s park system in preparation for Spring next year.

The city is currently focused on finishing its work at Keller and Clysta Willett park before beginning its work on building its promised outdoor/indoor water recreation center.

“Basically, what we lack right now is the landscaping,” said Mountain Home Mayor Hillrey Adams as he walked the ground at Keller Park. “That [area] is going to get AstroTurf. That’s where the new climbing apparatus is going to be for the kiddos, just like the one we got at [Clysta Willet]. It’s just a small one.”

Since taking office, Adams has heavily emphasized upgrading the city’s park system in hopes of providing a healthier lifestyle for both adults and children in Mountain Home.

At Hickory, Adams worked to install Mountain Home’s first-ever all-inclusive playground. That playground, which opened a few months ago, offers a fully ADA-compliant jungle gym, parking lot, and allows children with disabilities to play alongside their fellow friends.

Altogether, the playground cost roughly $375,000 to complete, with a large portion of the costs being covered by state funding after Adams successfully pitched the upgrade to the Department of Parks, Heritage, and Tourism in 2021.

Now, with the new playground open to the public, Adams has shifted his focus to getting work done at Keller and Clysta Willet Park.

At Keller, Adams oversaw a complete overhaul of the park’s baseball fields by adding a new water drainage system and AstroTurf to each field. Also installed were new seating for parents to enjoy while watching a game and new shade awnings.

A high-tech camera system was installed to protect the park while also allowing the city to broadcast games to the public. That feature will be rolled out next baseball season. Work on Keller Park is expected to finish within the next few weeks, pending weather or setbacks.

During a park tour with the Observer, Adams said he was focused on completing the park’s main entrance and landscaping while also preparing to unveil news surrounding Mountain Home and its upcoming deal with U-Trip Baseball to host several baseball tournaments.

“We’re signing an agreement with a company that does baseball tournaments,” Adams said. “We got six coming here next year. They’re like anything from about six-year-olds up to 14. They’ve booked both complexes.”

The tournaments are expected to begin next March.

At Clysta Willett Park, the focus has shifted to rearranging some of its baseball fields to allow a more centralized concession stand while also preparing to install a new AstroTurf on each field.

Adams said that work on Clysta Willett was hitting some snags due to contractors not showing up when scheduled but felt that progress was still being made at a good pace.

Work on Clysta Park will continue over the next few months.