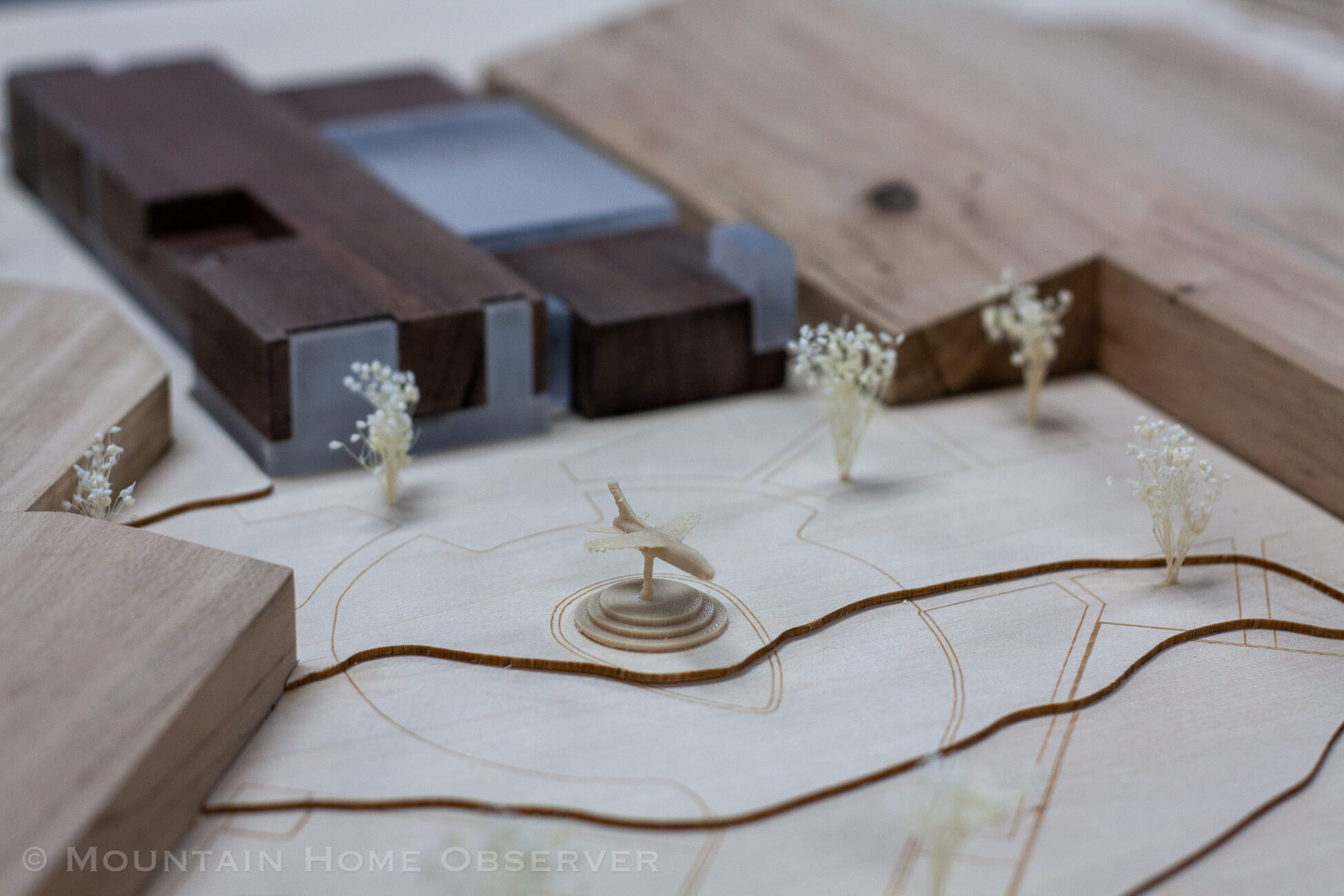 During a Mountain Home Public Schools strategic planning meeting this past Thursday, members of the school board, along with Superintendent Dr. Jake Long, strategized how to ask the public once more to swallow a millage tax increase to pay for the new construction of a replacement high school building.

“The needs have not gone away. They’re not going to go away,” Dr. Long said.

The existing high school structure remains an issue for students, teachers and support staff. For the last five years, Dr. Long and the district have been working to create a plan to fix the high school’s infrastructure problems.

The issue of rebuilding the high school goes back to the school board’s decision 30 years ago to simply cover up the high school campus’ aged 1960’s buildings with a giant metal roof to save money for voters.

While the can may have been kicked down the road 30 years ago, it can longer be ignored.

Last August, an election was held for voters inside the Mountain Home school district for the question of whether to raise millage rates for the purpose of covering new construction costs.

The measure failed with a 16-vote spread. Recent increases in Baxter County property tax assessments, misinformation and a national recession are the most likely suspects in the defeated millage increase.

Critics of the measure also opposed the language on the ballot, claiming it was too open-ended. Dr. Long addressed this point on Thursday, saying he thought it worthy of modifying the ballot language to tighten the scope of the contract.

“This money will go back to the payment of these liens or to the maintenance and upkeep of these facilities,” said Dr. Long.

The district is potentially looking at asking voters for an additional 2.75 mills vs. the original ask of 2.25 from last August. No decision has been made yet, as the board is still mulling over the options as well as millage amounts that Dr. Long presented the board on Thursday.

Interest rates are up from a mere five months ago, as are construction costs for labor and many building materials. What was once a $40 million project last year, is now going to cost upwards of $60 million.

The school district is projecting costs to be around 300 to 375 dollars per square foot. The current plan has a total of 160 thousand square feet.

“We can’t build the plans that we had before with the interest rates that we’re potentially looking at,” said Dr. Long.

Updates to the building plans for phase two are complete, with the architecture and engineering firm eliminating 20 thousand square feet from the original plans to try to reduce costs.

Dr. Long presented three options to the board: do nothing, re-roof the existing building for about $10 million or move forward with the new building plans.

Discussion lingered on potentially re-supporting the existing structure and gutting it all underneath. But at 80 thousand square feet at a cost of $375/sq ft, the district would be looking at a $30 million renovation project and still have the existing plumbing and foundational issues.

“It’s a waste of money,” said Vice President Lisa House referring to it as a $30 million ‘band-aid’ for a 66-year-old structure.

The school district will have to move fast to prepare for a potential May 9 millage election which would share ballot space with a school board member election.

Dr. Long stressed that public input would be needed, but it would be up to the board to decide what the overall timeline would be.

They did it! MHHS’s graduating class of 2022 celebrates the end of their high school journey