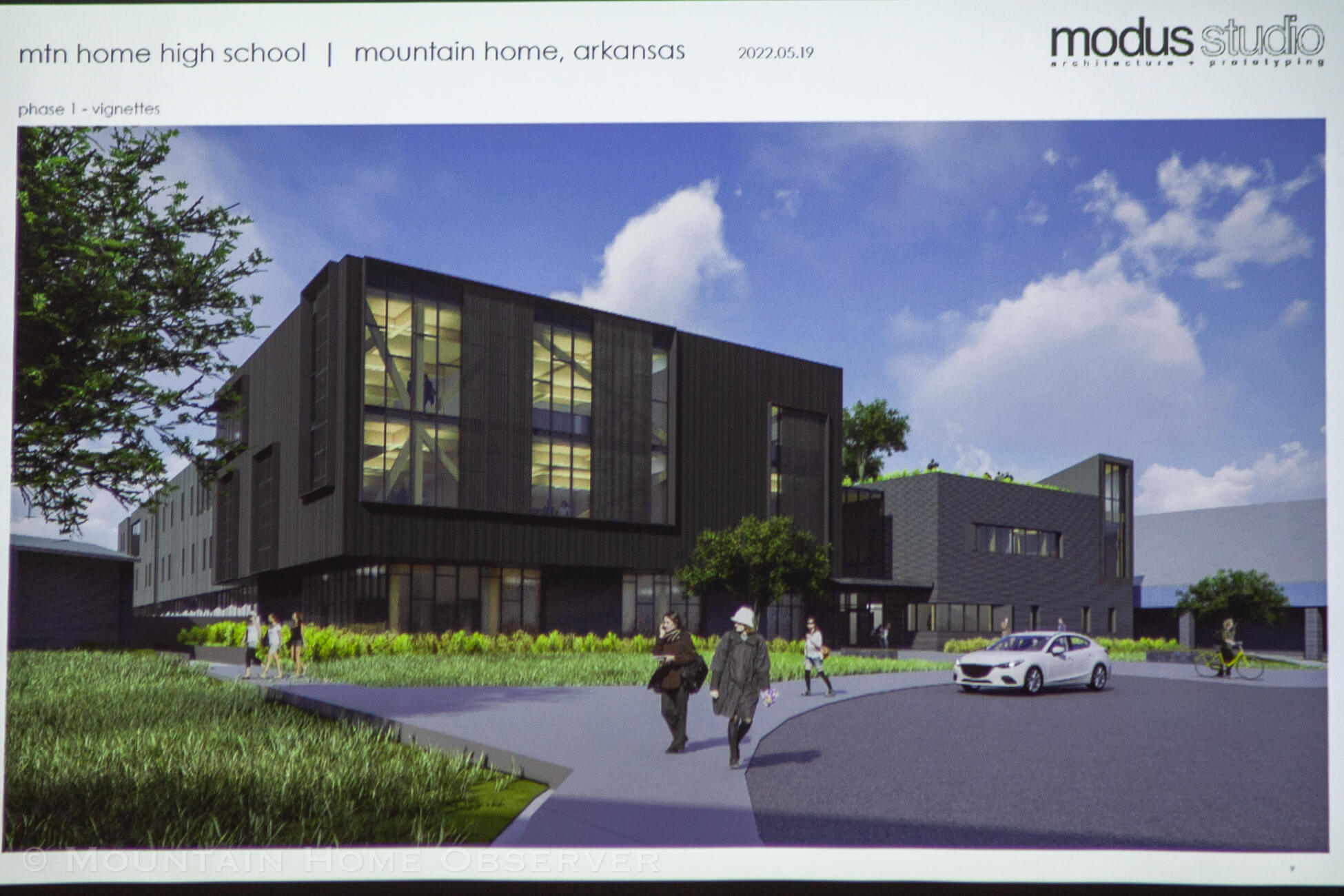 The debate over Mountain Home Public Schools’ millage increase is over.

Voters against the measure to increase the school’s millage rate squeaked out a narrow victory of 16 votes at the end of the night, sending the school district back to the drawing board on how to fix the major structural problems facing its high school.

The district had no other plans to address Mountain Home High Schools’ problems if the measure failed. An official comment from Mountain Home Superintendent Jake Long is expected to be released Wednesday morning, Aug 10.

A total of 3,200 votes were cast tonight, with one undervote in which a voter did not select an answer. Those in favor of the millage increase came in with 1,592 votes, and those against the measure reached 1,608 votes. All votes, except for one provisional ballot, have been counted.

This special election saw a turnout rate of around 14%. There are roughly 23,000 registered voters in the Mountain Home School District.

The millage increase seemed on track to pass tonight, with the ‘yes’ votes leading for the entirety of the night until the final set of votes from the Lakeview precinct that came in. Those votes broke against the district’s proposal 55 to 35, dashing the district’s plans to rebuild a portion of Mountain Home High School’s campus.

Those in the crowd during the counting of the votes Tuesday night, including school staff and young students, expressed disappointment upon learning the final vote.

A breakdown of each district can be seen below.

With the school district’s millage proposal defeated, the question remains on what to do about Mountain Home High School’s failing infrastructure.

With one roof well past the end of its lifecycle and the other reaching its replacement age, the district finds itself in a dilemma. They could attempt to do patchwork repairs, which would likely cost the district more money in the long run, or they could attempt to hold another special election on a smaller millage increase after working on a new set of construction plans. Another option may present itself at the next school board meeting.

Regardless of the district’s direction, the high school’s original 1966 roof will continue to loom over students’ heads as a dangerous fire hazard, potentially leading to future confrontations with Arkansas state inspectors.

If voters had approved the plan, Phase One would have seen the front office, three labs, six classrooms, a teacher’s lounge, and an additional pair of classrooms torn down to make way for a new two-story 117,000-square-foot building.

The new building would have boasted:

Phase two of the project would have been smaller in scale, knocking down 84,000 square feet of the oldest section of the original 1966 building from the current cafeteria to the library.

That section would be replaced with a new two-story 125,200 square foot structure that would have featured:

An additional 3,200 feet of administrative space

The district had also planned to convert the high school over to a traditional four-year model for students, but the Tuesday night defeat most likely means that that plan is potentially scrapped.

The school district has 48 hours to request and pay for a vote recount.

Recent increases in local sales taxes, property taxes, and a national recession are the most likely suspects in last night’s defeated millage increase.

The new millage increase would have run taxpayers an average property tax increase of $45 per $100,000 of property value per year.

Note: These results are currently UNOFFICIAL with 1 provisional ballot remaining to be counted. Results are expected to be certified in 7-10 days.

Note: Part of Mountain Home Public Schools District is in Marion County. Their results are also listed below.