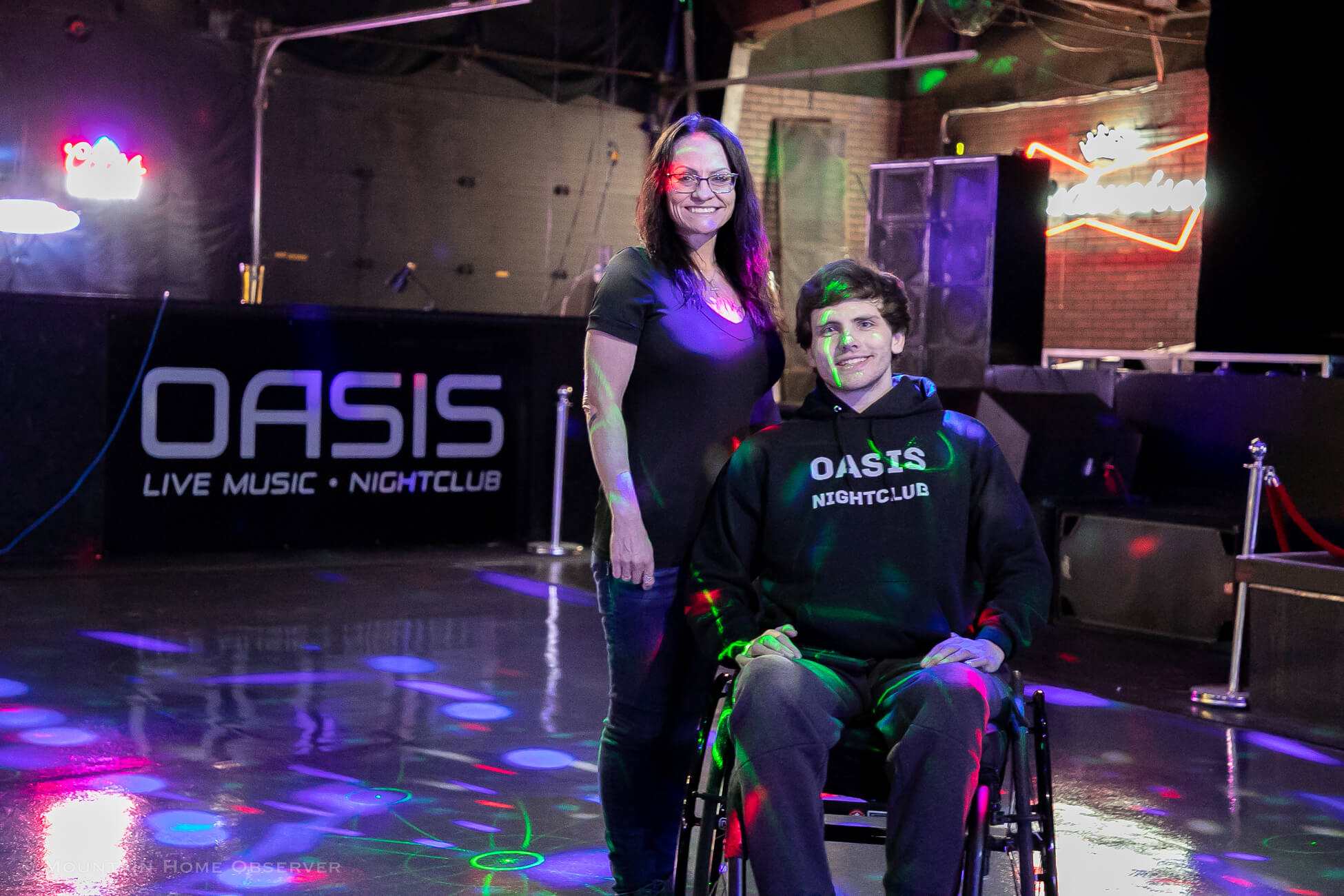 The boom in Mountain Home has brought about many changes to the Twin Lakes area over the past few years.

New restaurants and businesses line the main strip in town as more and more people move in, expanding neighborhoods and building new lives for themselves.

The city’s pace has slowly picked up, with more and more people looking for things to do during their Friday and Saturday nights.

Gone are the quieter days of the city, where families might catch a simple meal before heading home for an evening indoors. Instead, those nights have been replaced with lively evenings at places like Bunckles, Rapp’s Barren, and Crush Studio.

“This place is really cool,” said Jenny Storey, one of Oasis’s new managers. “It’s something that a bigger town would have, but with a small-town vibe.”

The building that Oasis resides in has gone through several changes over the years. It originally started as a country music theater before being bought out and transformed into Royal 66, one of Mountain Home’s oldest and most popular bars.

Today though, the building has been transformed again, getting a fresh name and several upgrades, after new managers Jenny Storey and her son, Jacob Waugh, took over the establishment in November of last year.

“I’ve always kind of wanted to do a bar thing,” said Jacob Waugh, manager for Oasis. “I kind of knew the previous owner, and he was kind of in a good spot and was ready to sell.”

Originally from Chicago, Storey and her husband moved to Mountain Home with Waugh in 2006 to be closer to family and spend more time on the lakes they had come to love.

Their first encounter with the nightclub they would eventually own began in those early years in Mountain Home, with Storey and her husband occasionally visiting the bar from time to time.

Sadly, their road to owning the bar would come after Waugh, a former Mountain Home football player, became permanently injured in 2021 after getting into a wreck with his girlfriend at Cloud 9 Ranch Club in Missouri.

“Jacob needed something to do,” Storey said. “A new business venture because he was working at Atlas Asphalt. He ran the hot mixed plant there, and due to his injury, he wasn’t able to do that anymore. So, he had come to me with this idea, and like he said, we knew the previous owner, and he was ready to get out. So, it just worked out.”

With their new bar in hand, the mother/son combo spend their nights running the show, with Waugh DJing for Oasis and introducing the weekend’s live music lineup. Storey runs Jenny’s Bistro, the club’s new kitchen that features Chicago-styled meals along with burgers, hotdogs, fries, and loaded nachos.

And while their nights may be busy, the pair has also been hard at work during the day, upgrading the building so that guests and members have a better experience.

The two said they’ve gutted the building, replacing its old floors and carpets with new ones. They’ve also begun work on the club’s ceilings, which were an often complained about eyesore.

The dance floor for the club has also been renovated, an important process for Waugh as he tries to fill the nightlife gap in Mountain Home.

Storey and Waugh also changed the club’s smoking policy, asking guests to take their smoking outside. A move, they said, that was designed to get away from the club’s old reputation. The club also takes care of guests during the after-hours by offering a free ride home to those that decide to drink.

“We want our community members to have fun,” Storey said. “We really try to look out for who comes in and who leaves. We care about the safety of our patrons.”

Oasis is open Thursday through Saturday from 6 p.m. to 3 a.m., and features live music and events from bands like Mother Hubbard and the Regulators and more.

Karaoke night starts every Thursday evening, and pool tournament announcements can be found on the club’s Facebook page. More events and activities will become available as the club begins to finish its renovations and begin work on its outside areas.

Gallery: First snow of the season