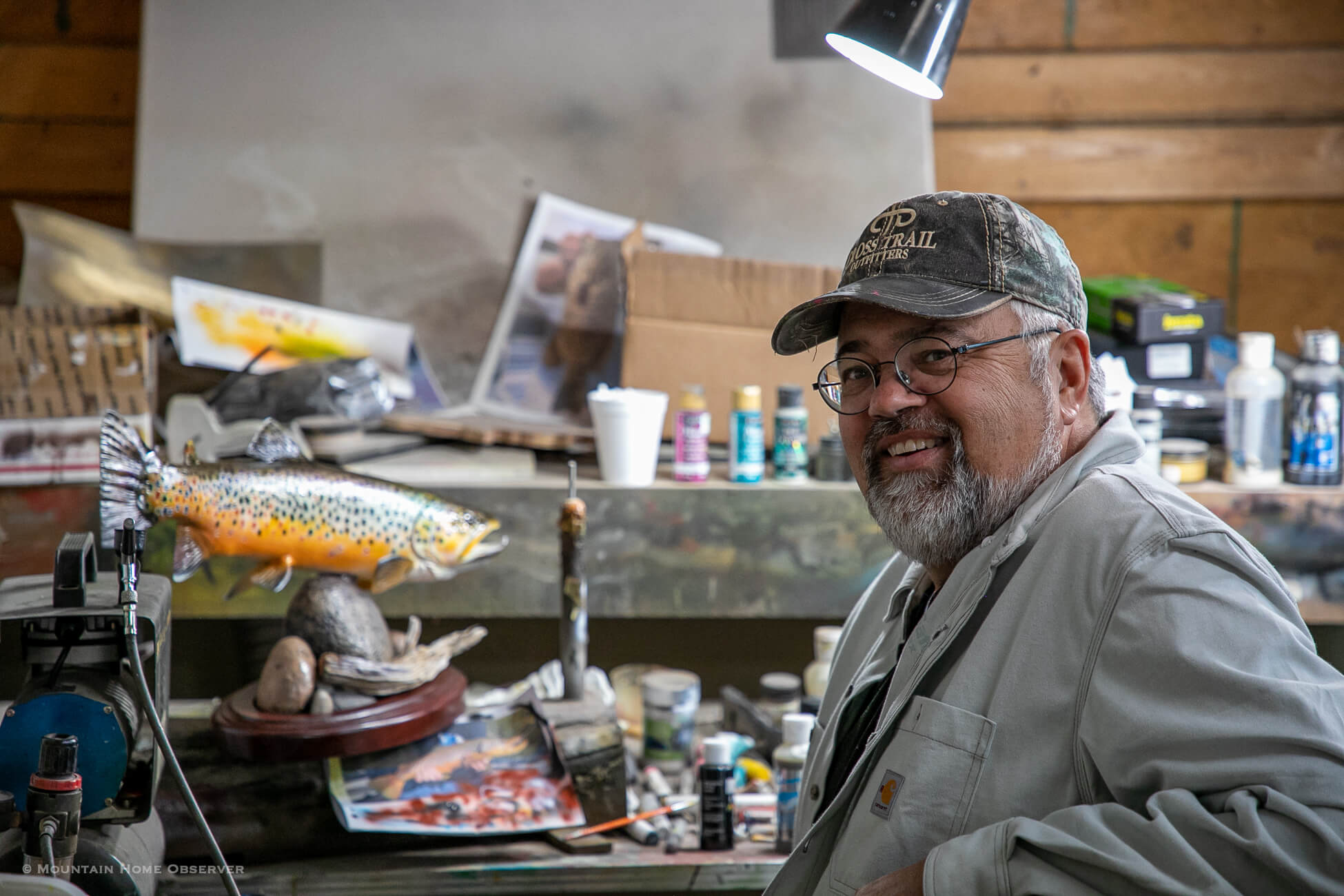 Hada was joined the hall of fame alongside four other inductees including Brad Wimberly, Jeff Lawrence, Bob Butler, and JD Simpson.

“For more than 100 years, the Arkansas Game and Fish Commission has worked to conserve the state’s wildlife resources, thanks to the selfless contributions of people such as our 2022 slate of inductees and award winners,” said Deke Whitbeck, president of the Arkansas Game and Fish Foundation. “We are delighted to be able to celebrate these success stories and the outstanding individuals behind them.”

As one of the Ozark’s most well-known artists, Hada has done the “10,000 hours of work” needed to become an expert in his craft. His work has been featured all over Arkansas, including its official license plates and postal stamps.

In Mountain Home and the surrounding areas, art buyers enter his Rivertown Gallery to purchase his popular trout and landscape paintings for their businesses and personal collections.

Born in Boone County, Hada has spent much of his life in rural Arkansas, fostering a deep love of nature as he grew into an adult. At 13, his family moved to Hasty, a small community near Jasper, Arkansas.

As he grew older, Hada began to develop a passion for art, often drawing in class. And while his teachers were aware of his raw talent, Hada would not take his first official art class until he began attending college at Oklahoma Wesleyan University in Bartlesville, Oklahoma.

After taking an art class in Oklahoma, Hada pivoted and transferred to the University of Central Arkansas to get his degree in education with a focus on art.

From there, he would take up a job in Mena, Arkansas, teaching high school art to young students looking to improve their skills.

Hada eventually decided to leave school and take up a career as a full-time artist.

With his decision made, Hada began his new career, merging his love of fishing and the outdoors with his paintings.

As a certified instructor for the Federation of Fly Fishers, Hada, who was already teaching fly fishing courses at his local college, also opened up a guide business to cover the expenses of being a full-time artist.

Over the next 30 years, he would spend his days taking fishers out on the water while making a name for himself as one of Arkansas’s best Plein Air artists.

Throughout his long career, Hada has had his art displayed by the state of Arkansas and local governments. In 1987, Arkansas displayed one of his trout paintings for the state’s trout stamp.

He also designed the Cotter Police Department logo and created the mural inside the Norfork National Fish Hatchery. He is currently competing to display his art on Arkansas’s Quail stamp.

Hada’s shift from fly fishing to full-time art came with other changes as well. In 2010, Hada, with the help of his assistant Carol Starkey, set up his very own art gallery in downtown Cotter. He would stay there until his move to Mountain Home in 2016, where his art gallery has remained since.

He also began teaching more and took on young art students like Ava Obert, the youngest person to display art in the governor’s mansion in Little Rock.

Today, Hada continues to teach students, both young and old, how to paint in his studio. There, with a steady hand and a warm-hearted smile on his face, Hada teaches students like Zachary Rorie how to paint trout sculptures and operate paint guns before building up to larger projects.

In between sessions, he can be found shuffling around in the gallery, greeting potential buyers and forging a personal connection with them.

When he’s not in the studio in the back of Rivertown Gallery, he can be found leading young men on adventures in the outdoors through Cross Trail Outfitters, a faith-based 501(c)(3) organization that focuses on helping discover the great outdoors.