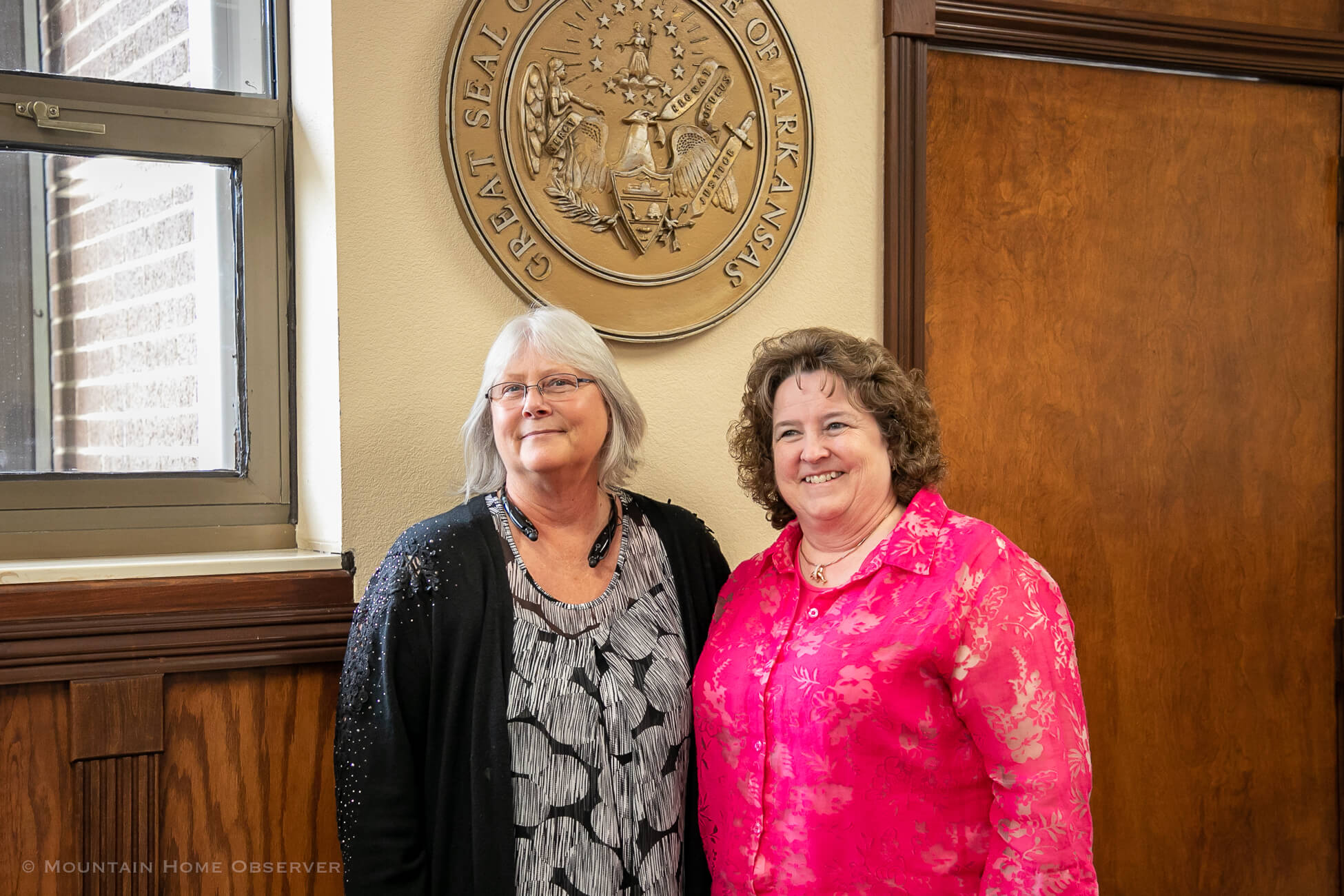 The search for Mountain Home’s new treasurer is over.

In a 7-0 vote, with one member absent, the Mountain Home City Council voted to replace its current treasurer, Marshella Norrell, with Water and Sewer Director Alma Clark after receiving a nomination for the position from Mayor Hillrey Adams.

Norrell leaves her part-time position to focus more on her full-time job at a local tax preparation company. Clark had planned to retire from the city in June of this year.

“I managed to get her to postpone her retirement, which was planned for June 30,” said Mountain Home Mayor Hillrey Adams. “She’s going to stay with us for a while. I think she’s going to be a huge asset to the city with where we’re at, especially with a lot of water and sewer things happening.”

During the city’s last council session, Norrell announced her intentions to eventually leave the city after stating that she had too much on her plate between her two jobs and that she would give recommendations to the council for her replacement. Clark was one of those recommendations.

To help facilitate the transition to a new treasurer, the council made moves on April 7 to make the position more attractive to applicants, moving the once part-time position to a full-time salaried position on par with other department heads.

“I know the one she’s replacing right now has highly recommended that,” Adams said. “So has our auditors. Alma has the ability to do this for us.”

Alma has been serving Mountain Home since September 1999 and has been working at the Water and Sewer Department for over 30 years. She was appointed to her current position as department head in 2006.

The city’s Water and Sewer Department has done well under Clark’s leadership, who has managed to keep the city’s aging infrastructure in working order. She also worked diligently to maintain her department’s budget. Her department achieved a victory earlier this year after City Council approved an overhaul of the city’s water system.

The council approved nine separate ordinances for the departments, ranging from purchasing new trucks to purchasing new pumps for its water and wastewater stations.

The City of Mountain Home’s plans to overhaul and update its water facilities has been years in the making.

Once completed, the city expects to turn its deficit into a surplus over time. The cost of the upgrades will be $1,350,000. Costs for the new master plan and the preliminary route studies and evaluation of improvement options will cost the city $100,000 and $50,000, respectively.

And while Clark may be moving over to a new position, Adams said she would still be tapped for help with the new projects she is currently overseeing. Norrell will also be offering her services to the city as she begins the process of integrating Clark into the new role.

“I’m looking forward to the new adventure,” Clark said. “A new chapter. And I’m very thankful for the opportunity. It’s a numbers job, and I’ve dealt with water and sewer for the last [30 years]. I mean, that was my background, but financial management is my forte. I really enjoy that.”