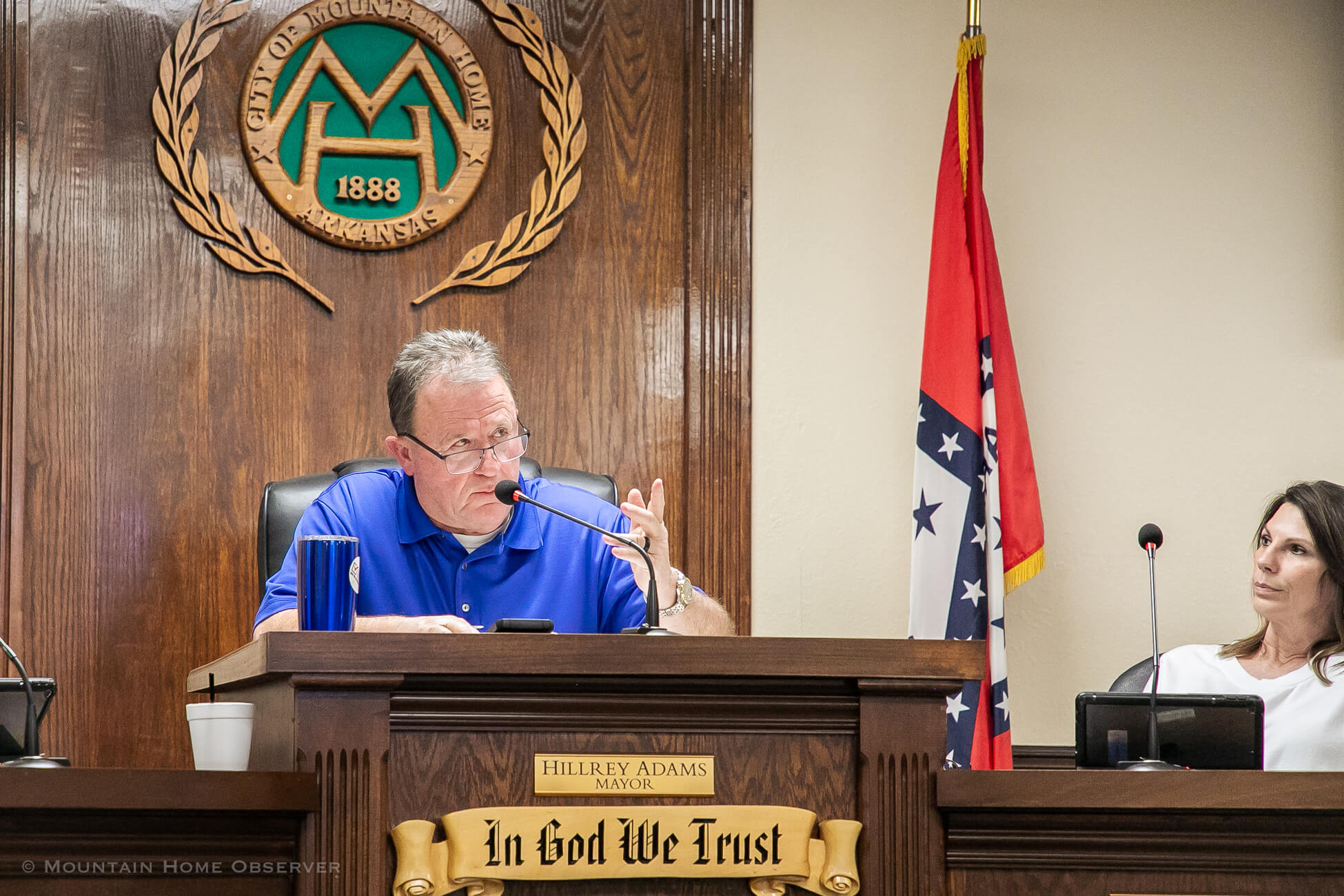 Editors note: If you are seeking office or re-election this November and wish to publish an announcement, please contact newsroom@mhobserver.com

It has been a great honor and pleasure to serve the citizens of Mountain Home since January 2019. I can honestly say, not a single day has passed that I have not enjoyed it. I have the privilege to not only work each day with approximately 175 city employees, all dedicated to serving the city, but also with many organizations in this community, all doing what they can to make Mountain Home the place we call home.

I would like to announce today that I will be a candidate for re-election this fall for what I consider and have said many times during the last four years, the best job in Mountain Home, and that being the office of mayor.

I would like to touch on some areas the city has achieved during the last four years.

In 2019, the Water and Sewer Department began working on the Highway 62 East expansion from Walmart to CR 28. In 2020, the expansion continued along Hwy 62E from CR28 to Midland Marine. All properties now on Highway 62 East, except for one on the southside, are inside city limits. In 2021, the department began replacing all the concrete sewer lines along Dyer and Hickory and are still in progress.

The Waste Water Treatment Plant rehabilitation project started in 2021 and is still underway. With the help of a grant from Delta Regional in the amount of $307,000, the city started the Hwy 62E project from CR 28 to O’Reilly Auto Parts to enable service for future homes of the new Sharp Family Fire Substation.

The Street Department has had major projects and rebuilds, including Spring, Thorn, Gentry, Long Street, and Western Hills Way. Burnett and Medical Plaza also had major rebuilds and sidewalk additions. Cooper and Louann Streets are still in progress. The Street Department has also assisted in the park projects at Clysta Willett, Keller, and Hickory.

The Fire Department received a donation of three acres from Sonny Sharp along Highway 62 East that will be the future home of the Sharp Family Fire Station. Since this donation, the city began the fill work for the construction of the substation, which we are hoping to begin in 2023. The Fire Department also acquired four new fire apparatus trucks and a used ladder truck for a total of five pieces of equipment being updated.

The Parks Department has taken over both the youth recreation baseball and softball programs. The programs have grown each year, with the exception of the COVID shutdown in 2019.

In 2019, the city applied for the State Park and Outdoor Recreation Program grant, and for the first time in over 40 years, we received $98,000 for improvements at Clysta Willett Park.

In 2020, the city started a park rehabilitation project to overhaul Clysta Willett, Keller, Hickory, and Copper parks, as well as LC Sammons Youth Center. This rehabilitation project also includes a new community center to be built in McCabe Park. Due to COVID, this project was delayed until March 9, 2021, and approved in an election to be funded by a temporary ½ sales tax until bonds are repaid and a permanent ¼ sales to fund operations and maintenance of the parks system.

In 2021, the Parks Department applied for another outdoor recreation grant which was received for the 2022 grant cycle in the amount of $225,000. This grant is being used to fund the all-inclusive playground at Hickory Park, which is currently scheduled to open in late May or early June of 2022. Construction also began at Hickory Park on the new ADA restrooms and parking lot. A first for our city, this all-inclusive playground will allow all children, regardless of ability, to play.

This year, as part of the park rehabilitation project, the city began the overhaul of Keller Park. The softball fields have been turfed, the concession stand remodeled, and all improvements should be completed in the summer of 2022. At this time, softball is being played on the new fields almost nightly.

Improvements to Clysta Willett park will start during mid to late summer of this year after the current baseball season concludes.

Design and engineer layout of the new community center is well underway, and we are hoping to begin site work this summer, with construction of the new center to begin in early 2023.

In 2019, with the help of the Mountain Home Chamber of Commerce, the Baxter Forward Initiative created the very first Entertainment District in the State of Arkansas. This has been key in the redevelopment of Downtown Mountain Home, now known as “The District.”

In 2020, with the help of Baxter Healthcare, the Mountain Home A&P Commission, Famers and Merchants Bank, and many other generous sponsors, the Baxter Summer Concert Series kicked off at Hickory Park and is now in its third season.

In 2021, with the help of ASUMH, the Coulter Family, City of Mountain Home Street and Parks Departments, and many other sponsors, the first annual Coulter Celebration of Holiday Lights was held on the campus of ASUMH. Planning for this event began in early 2021 and was a huge success. This is a wonderful Holiday Event for all to enjoy from Thanksgiving to Christmas and will continue annually.

If re-elected, I will continue to work on improving the quality of life and infrastructure for citizens of Mountain Home. I look forward to another opportunity to serve Mountain Home and work with the many groups in our area to make Mountain Home the place we continue to call home.