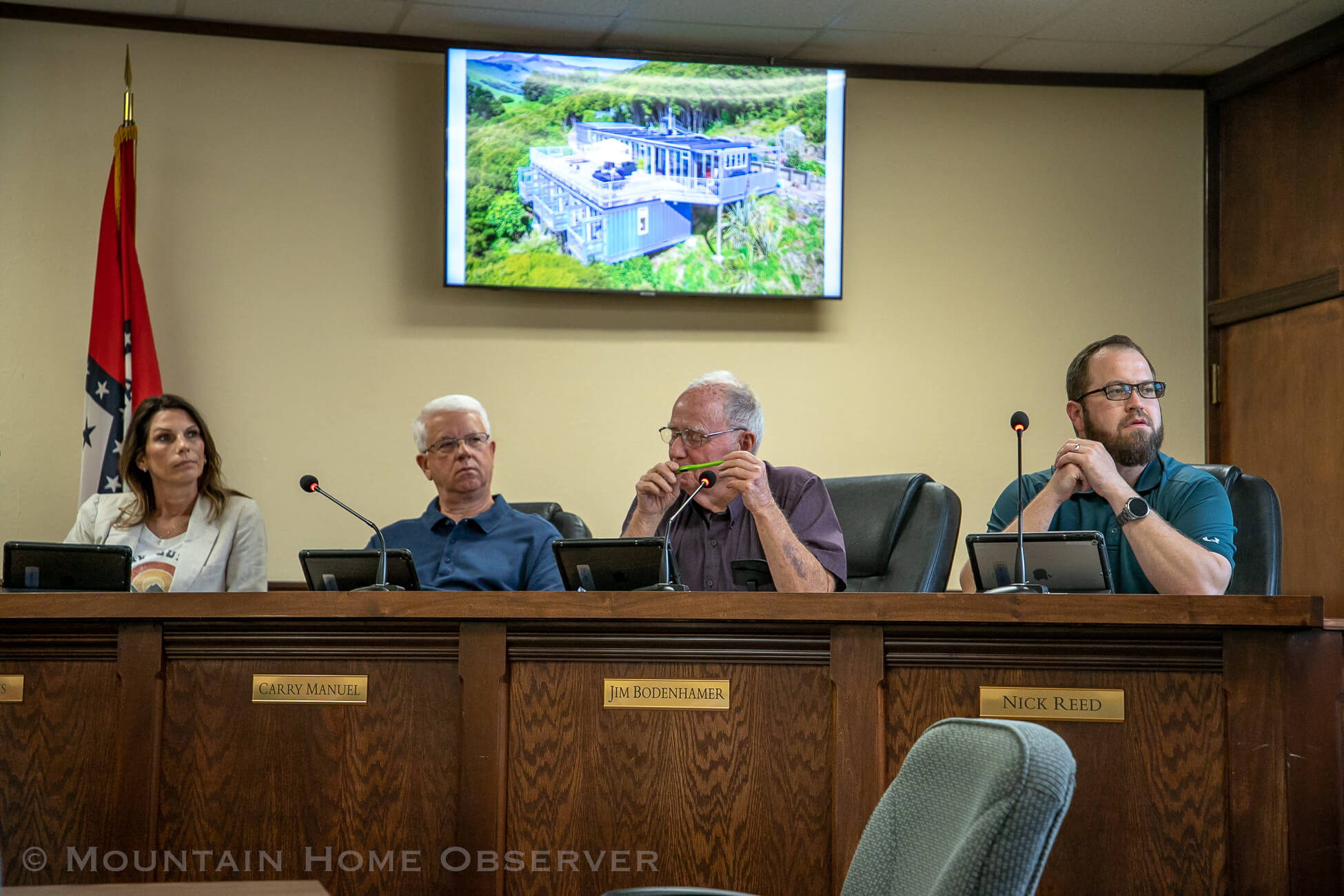 Correction: The Mountain Home City budget is passed as a resolution. It is not an ordinance. Resolutions only require one reading to be passed.

The City of Mountain Home passed its 2023 budget last Thursday, though not without some drama.

In a 7-1 vote, with City Council member Paige Evans voting no, the council adopted a $49.3 million budget that will provide city workers with a 3% cost of living raise, alongside an additional $1 per hour raise on top of the cost of living adjustment.

Members of the public were upset over the passage of the budget, stating that they did not have access to the documents needed to review the budget beforehand. Some members participated in a heated back-and-forth discussion with city officials following the vote.

Since the budget is passed via a resolution and not an ordinance, it is only required to be publicly read once.

Mountain Home City Council has a history of moving things along during its sessions, often pushing through all three readings required by law to pass its ordinances.

Under Robert’s Rules of Order, which all local and federal governments in the United States use to conduct their meetings, the rules surrounding public readings of ordinances can be suspended through a motion to suspend the rules, allowing the process to be sped up.

Suspending the rules is a legal act requiring the approval of two-thirds of the governing body. It can best be summed up as a motion to do whatever you’re trying to do that is against your rules.

Since the Observer began covering Mountain Home’s City Council session in December of last year, almost every ordinance passed by the council has been passed in this manner.

The city’s Water and Sewer Departments are expected to earn $13.6 million in 2023. That figure is composed of $7.1 million in service charges, $4.8 million in carryover funds, and $1.3 million in sales to other local governments.

The Mountain Home Street Department is set to receive $7.7 million through county/state turnback funds, its portion of the city’s sales tax, and $3.2 million in carryover funds from the 2022 fiscal year.

In addition to the budget, the city council approved paying non-uniformed employees time and a half for work done on recognized holidays. Before Thursday’s votes, city employees were not receiving overtime even when performing emergency work like plowing snow-covered streets on Christmas.

With the budget behind it, City Council moved onto a resolution declaring broadband internet service as a professional service. That vote passed, with some pushback from Evans.

Arkansas law surrounding broadband internet has changed, allowing local governments to become municipal broadband providers. Senate Bill 74, which became law in 2021, allows “government entities ‘to acquire, construct, furnish, or equip facilities for the provision of voice services, data services, broadband services, video services, or wireless telecommunications services’ so long as they’ partner, contract, or otherwise affiliate with an entity that is experienced in the operation of the facilities,’ as well as conduct due diligence, and provide ten-days notice and hold a public hearing.”

The first city to attempt to offer municipal broadband services to its residents is Cabot, Arkansas. Cabot is currently installing its fiber optic lines in preparation for launching its service.

Under Thursday’s resolution, Mountain Home can begin soliciting offers through an open RFQ process to find a partner to build and operate a broadband service. The resolution does not require the city to offer the service should it find the price to be too costly.

During his presentation to City Council, Mountain Home Mayor Hillrey Adams said if the city was to get into the broadband game, he would most likely follow Cabot’s model. Adams also noted that out of all the complaints called into his office, complaints about poor internet service are at the top.

If the city moves forward with the idea, residents can expect the service to function in a similar manner to the city’s water and sewer services, with funding coming from revenue bonds that are then supported by fees charged to customers.

Adams estimates the projected cost of installing city-controlled fiber optic cable throughout the city to be around $10 million.

Helping Hands : The Mruk Center on Aging’s fight against dementia