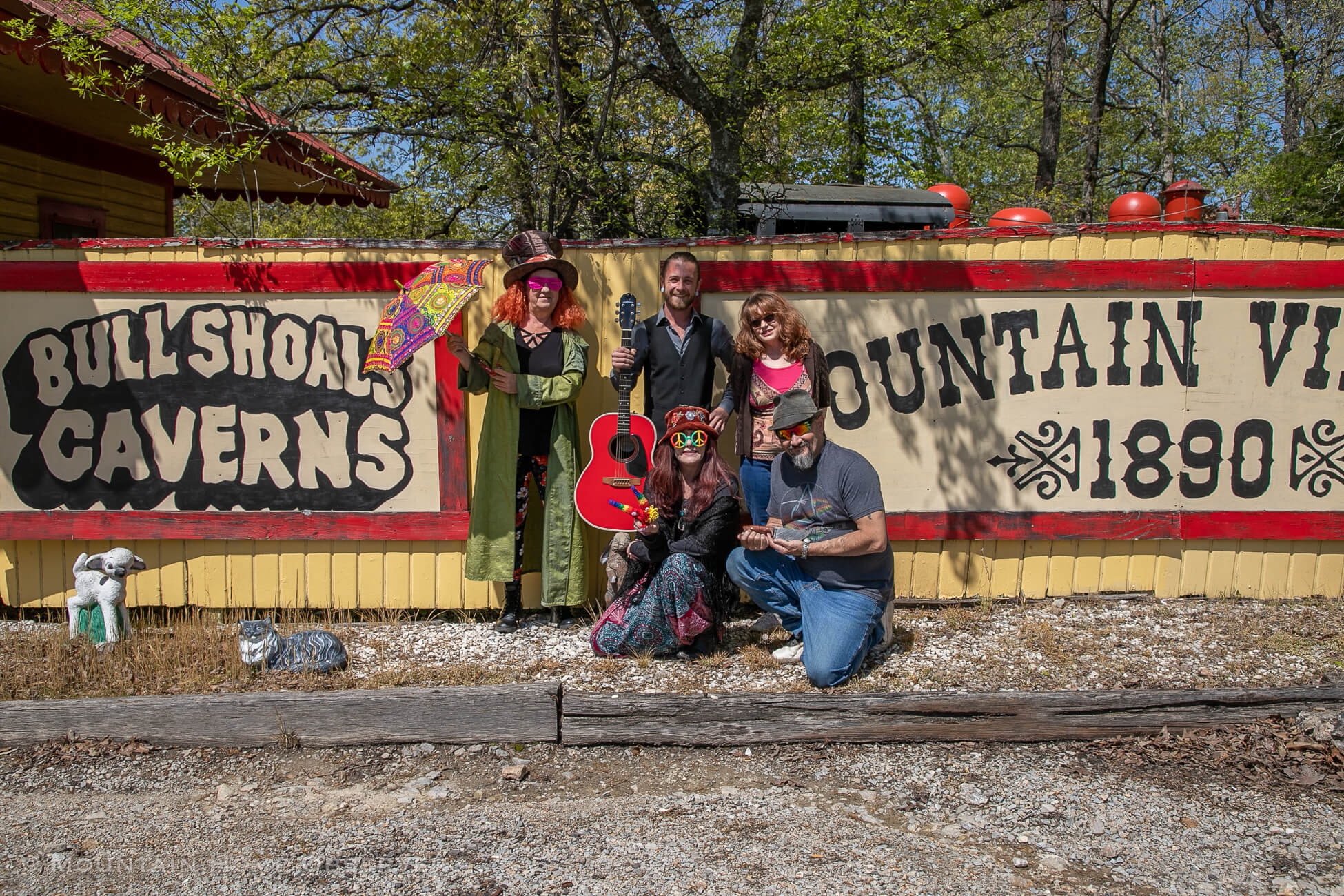 Genia Scarberry and her faithful crew of artists will be hosting their “Art from the Heart” fundraising event at Bull Shoals Cavern & Mountain Village 1890 in Bull Shoals on May 7.

Money from the fundraiser and art event will go to rehabilitating some of Mountain Village’s historic buildings.

“The artists are the ones putting it on,” said Genia Scarberry. “I’m very proud of them for putting it together. If it wasn’t for them, we wouldn’t be doing this at all. It’s going to be here on May 7 from 11 a.m. until 5 p.m. at Bull Shoals Cavern. Then we’re going to host our after-hours party over at the Oasis.”

After moving to Bull Shoals almost four years ago, Scarberry fell in love with the Bull Shoals Cavern and has worked with its current owner, Gerald Oates, to get the destination marked down as a historical site with the Department of Arkansas Heritage. Oates has owned the 13-acre property for over ten years.

Bull Shoals Cavern & Mountain Village 1890 features nine historic buildings from the surrounding area but has not been able to apply for grants to help maintain the buildings because of its for-profit status.

The move to list the site came after Scarberry and Mountain Village’s General Manager Jim Jenson attended a five-hour training session in Little Rock to learn the ins and outs of applying for a historical designation.

The site was originally opened by Roy Danuser, a local attorney in Bull Shoals, who purchased the property from C.S. “Pappy” Woods Sr. before turning it into an attraction. The site has changed hands throughout the years and has been owned by several major Bull Shoals figures, including the Gastons and the Grahams.

Scarberry and her close friend Vicki Swanson of Flippin, who helped with writing, filed the request with the state in December of last year. From start to finish, the process took nearly three years to complete. Both women heard back from the Heritage Department within three days of filing and were told that an inspection of the buildings would occur.

The state then told them that it would take a year for the board to make its decision on the site. If approved, Scarberry will seek a national designation to further help the business.

“We are in the process of being labeled as a historic district, but we won’t get before the state board until December,” Scarberry said.

If Mountain Village receives a historical designation, it will be able to apply for a limited number of grants to help maintain the property. These grants would cover basic building upkeep and the village’s parking lot, which regularly washes out and floods in heavy rains.

Scarberry said she and others are putting on their fundraising event because both the Jordan House and the Martin House are currently leaking, putting both buildings in jeopardy of being severely damaged.

Money from the event will go to those homes to keep them from decaying further, buying the village time to receive grants and do restorations.

“I don’t know how much longer these buildings are going to hold up,” Scarberry said. “The Jordan House and the Martin House both have leaks, and we lost Uncle Willie’s Cabin last year to the weather decay. Our goal is to try and get some more structures done, so we can continue having events out here for our artists.”

Scarberry’s “Art from the Heart” event will be free to the public and will feature live music from Blayd Law, The Hot Mezzes, River Holden, Dylan Kane, Bucket Mouth, and a local jazz band from Bull Shoals.

Mountain Home’s Oasis Live Music and Nightclub is sponsoring the festival and will be hosting an 80s-themed event at 7 p.m. at its club for attendees. Food will be provided by At the Curb, a local Bull Shoals food truck.

Heather Duff of Earth Girl Naturals may also be performing a Civil War reenactment, but Scarberry said the performance isn’t official as of this time.

“A few things really need work around here, and that’s what we’re trying to work on right now. It’s helping them out financially,” Scarberry said.

Academy Sports and Outdoors ‘Gets it for Game Wardens’