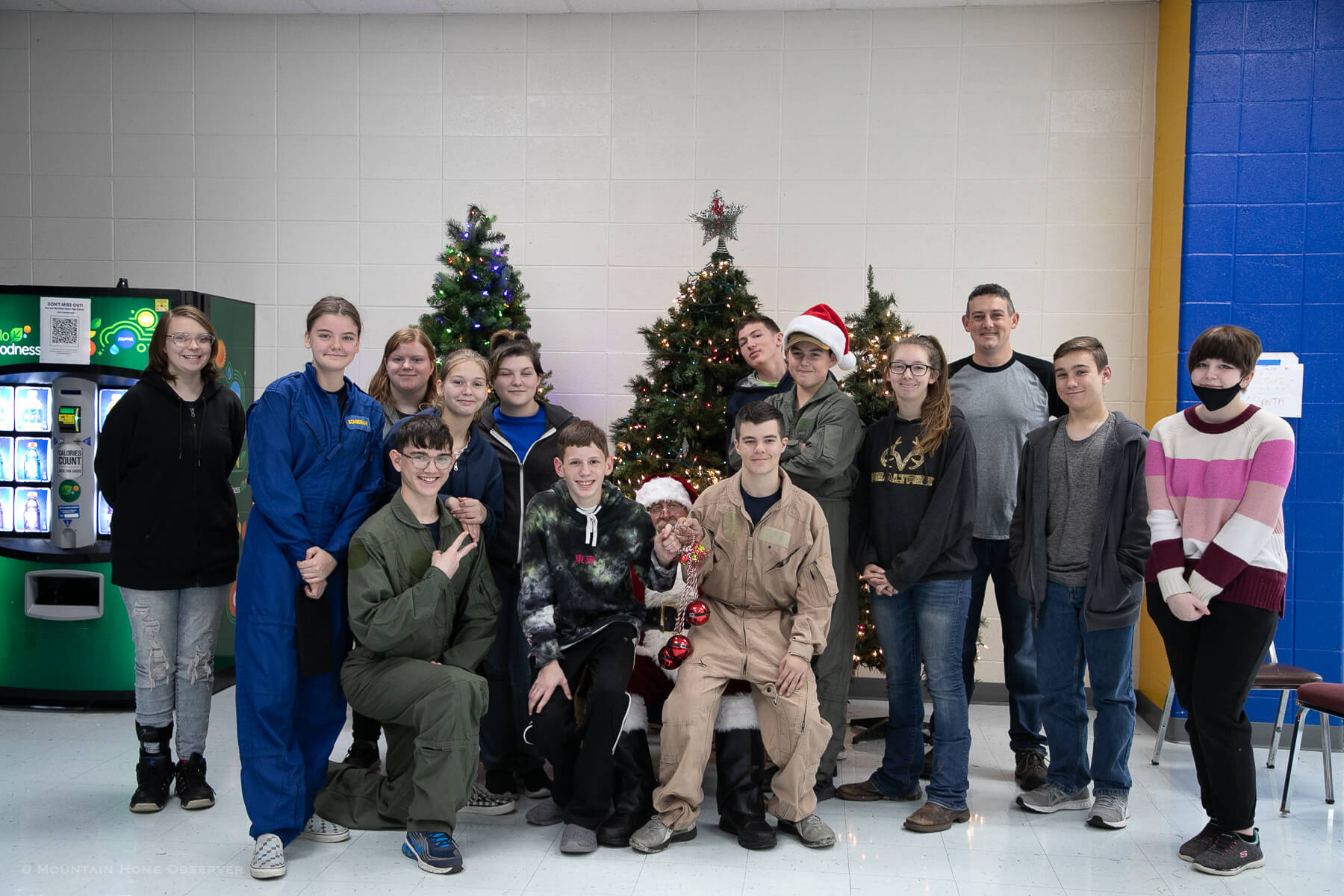 Guests were able to shop for stocking stuffers with local visitors before snapping a photo with Santa.

“We are an unfunded unit,” said Faithe-Ann Hall, the commanding officer for MHHS’s NJROTC unit. “So, we were thinking about different fundraisers we could do. And we started with the whole dinner thing, but then it was just kind of like, every other team does that.”

Hall and her fellow students decided that holding a bazaar would be the best way to raise money for their unit. They quickly gathered over 13 vendors and held shopping days in the school’s cafeteria.

Saturday’s bazaar was the second time they had held the event during the holiday season. Hall said they had raised $900 toward the unit’s yearly activities.

“These events for this one are specifically so I can get them back up to Mizzou to go see the ROTC up there at the college,” said Jason Williams, NJROTC instructor. “We’re taking them down to the Little Rock Air Force Base to see C130s and the Air Force Center.”

Santa Clause also visited the Holiday Bazaar, allowing shoppers to stop in and take a photo of the jolly bearded man before wrapping up their Christmas shopping.

Santa was played by John Stilson, the school’s custodian. Stilson is a regular Santa in town and played the role during Mountain Home’s Christmas parade.

“Probably the kids, and believe it or not, the old people that come up to me,” said Stilson when asked about what he enjoyed about the role. “They’re almost funnier than the kids. I don’t charge anything, but if they want to donate on my behalf or whatever, that’s fine.”

“I just made the bows up for the holidays,” Doeing said. “Someone came up and said, ‘Oh, you’re making my Christmas shopping easier.’ It’s nice. I like doing that.”

MHHS’s NJROTC program has seen a resurgence in activity after Williams signed on to be the program’s instructor after leaving the U.S. Navy. A drone pilot by trade, Williams has launched the program into the 21st century by helping students get their recreational and commercial drone licenses.

The students are currently preparing to compete against several other NJROTC units in a “DRONAGEDDON” in Feb.

MHHS’s NJROTC program currently has 73 students enrolled. A total of 100 is needed for the unit to begin receiving funding from the Navy again.

Mountain Home’s NJROTC team will compete in the “DRONAGEDDON” Feb. 19.

“It feels like another family to me, and it’s always been something that I’ve loved,” said Faithe-Ann Hall.