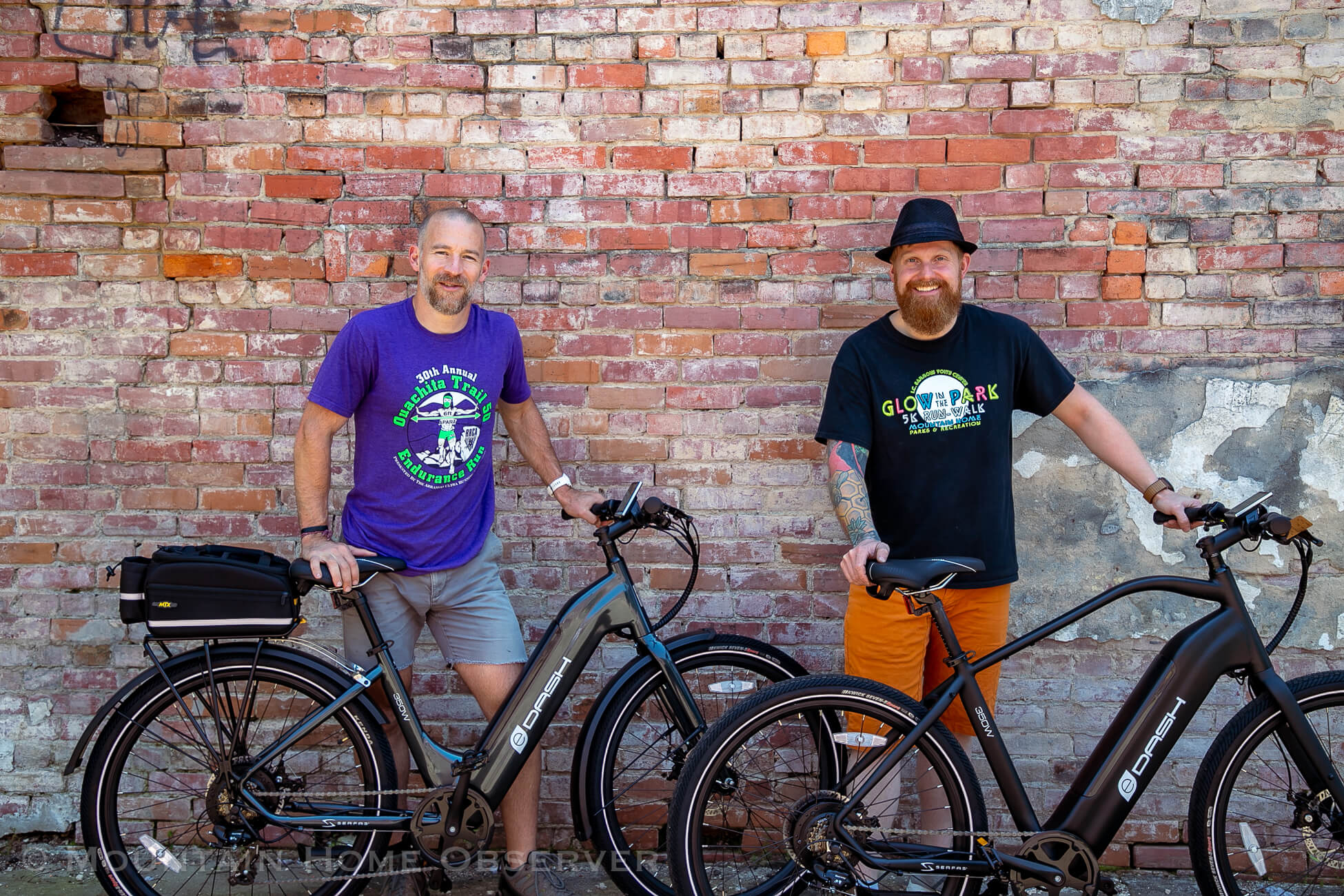 Norfork’s favorite bike shop owner, Jake Anderson, has added a line of electric bicycles to his lineup for those riders seeking a little more power and assistance in tackling some of the bigger hills in Baxter County.

To celebrate the new additions to Norfork Adventure Supply, Anderson will be hosting a demo of his electric bikes on Saturday, June 11, from 9 a.m. to 11 a.m.

“We just got all of these e-bikes in,” said Jake Anderson. “It’s a versatile bike. It’s not too powerful, but it’s good for all of the hills around here. We have a step-through and step-over option for those with limited mobility. It allows them to get into a bike that’s not too cumbersome.”

The Serfas eDash E-Bikes come in both a 300w model and a 500w model. Both models feature 6061 double-butted aluminum alloy frames with removable batteries.

Each bike comes with a speedometer, throttle, five levels of pedal-assistance, and a seven or eight-speed shifter depending on the model. The bikes also feature a fully electric mode that requires no peddling from the rider. The electric mode can also assist in climbing stairs for those who live in multi-story apartments.

Both models come in step-over options, in which a rider has to swing their leg over the seat, and a step-through model, where riders can step through the middle of the bike to take a seat.

Batteries for the e-bikes take about one hour to reach a 90% charge and about six hours to fully charge. The MSRP for Serfas e-bikes range from $1,949 to $2,199 depending on the model.

“The demand for e-bikes is increasing almost daily,” said Anderson. “We have a demographic around here that could really benefit from having a little bit of extra power assist. You know, the topography around here, all the hills and stuff that we have. Say a person is coming off of a knee injury, and they can’t push those cranks as hard. This allows them to get the physical activity needed for recovery.”

While Anderson and Norfork Adventure Supply are known for tearing up some intense running and biking trails, Anderson said that these e-bikes are not meant for rough terrain.

For his upcoming demo, Anderson said a route would be laid out through the quiet neighborhoods of Norfork for riders wishing to spin on the new e-bikes.

“We’ve already done some demos,” Anderson said. “We’ve had some older demographics come in here, 60 to 70-year-olds. And we’ve taken them out on a test ride. They’ve actually been surprised because they were a little weary. They didn’t know if they would be able to do it. A lot of what we’re trying to do is educate and kind of break that barrier of anxiety.”

Attract doves to your field for opening day, but be mindful of baiting laws