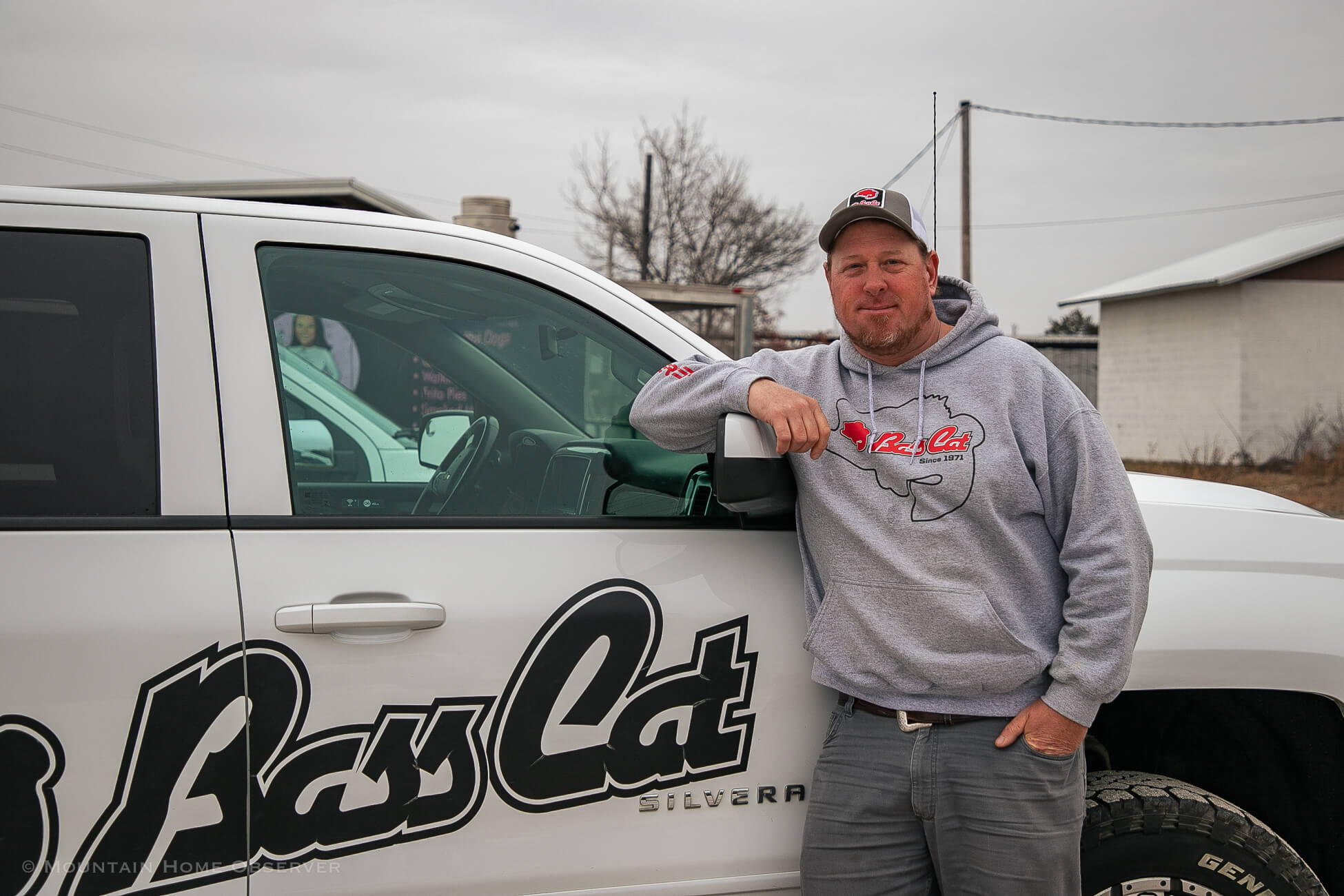 Norfork Bayou Fishing: A job you don’t need a vacation from

Mountain Home and the Twin Lakes area have a way of pulling people in and getting them to stay.

It usually starts with a vacation or one of the many events in Northern Arkansas.

Families pile in their cars, book their cabins or resort rooms, toss out a fishing line, and start to unwind on Norfork or Bull Shoals Lake.

They relax and have a good time. Life is good.

And then, seemingly overnight, that vacation turns into a permanent move. They take up a job in the area and put their kids in school.

“We do want to move down here permanently,” said Chad Bleeker on his family’s future plans. “We’re not in a real big hurry. If it takes a year or two, that’s fine.”

A native of Michigan, Bleeker’s first time out on Norfork Lake came in 2006 when he was 30. His dad, an avid fisherman, took Bleeker to a Bass Cat owner’s open invitational out on the water.

As the invitational ran on, the pair failed to catch the amount of fish they were after, prompting the duo to give the lake a second chance in 2008 during that year’s Bass Cat invitational.

“There was a big flood in 2008,” Bleeker said. “When we got here that year, I had never seen a lake that had been muddy and full of timber. In both of those years, we hardly caught any fish on this lake. I mean, I told my dad, I’m not ever coming back here.”

Bleeker’s outlook on the Twin Lakes area would change after a chance meeting with Donald Drumright, the winner of the 2008 invitational.

A logger from West Plains, Drumright hit it off with Bleeker during the competition and urged him to come fishing again the following year.

Bleeker took up Drumright on his offer and headed back down to the lake from Michigan. After arriving at Drumright’s home, Bleeker was amazed by how friendly and kind Drumright and his wife, Mary, were to him.

And while Bleeker may have returned to Norfork Lake in search of good fishing, he found a new family instead. From that moment on, Bleeker would return to the lake every year to spend time with the Drumrights.

“I had never met the guy in person except for the one time,” Bleeker said. “The guy invites me over to his house to stay for a week and come down and fish. And you know, after that week, they kind of became family. Donny is now my second dad.”

As the years went on, Bleeker spent more and more time on the Twin Lakes. What started as a five-day trip became seven and then two weeks.

Eventually, he began to think about his insurance business in Michigan, Bleeker Insurance Agency, and if it was what he wanted to do for the rest of his life.

“After about 19 or 20 years of working with my dad, I purchased the insurance agency from my father back in 2019,” Bleeker said. “And after a couple of years of owning the agency, I realized that I was getting burned out on what I was doing. I’d seen a Facebook post a year back, and it said, ‘my goal in life is to build or have a job I don’t need a vacation from.’ My passion for fishing is so deep, and I fell in love with the area so much that I thought, what if I lived down here and was able to do something I don’t need a vacation from?”

Bleeker switched gears completely and opened up his very own fishing guide business, Norfork Bayou Fishing, in September of 2021 on the advice of his friend Del Colvin, who said the area needed a good bass guide.

Operating out of The Bayou Resort from January to May until he finds a permanent home, Bleeker offers between 8-12 guide trips a month, mainly for bass, along with several electronics classes for those looking to up their technology game when it comes to fishing.

Prices for a guided trip with Bleeker can run from $325 for five hours to $400 for seven hours. Electronic classes run for $200.

“So, I made a Facebook page and decided to give it a try,” Bleeker said. “Before I did that, I made a promise to myself and my wife that I would not get burned out as a lot of guys do. I’m not going to turn this into a seven-day-a-week job. I decided to set a limit. It still leaves me time for my buddy fishing. My fun fishing with my wife when she wants to go out on the lake.”

Bleeker’s guide service took off, with photos of his clients and their catches of the day popping up in many of the popular social media groups in Mountain Home and the surrounding areas.

He said that the reception was positive, bringing in clients from all over the country. He also formed good relations with Bass Cat Boats, his favorite brand, where he volunteers to help with their inventory.

Last year, he even took up DJing at the Cystic Fibrosis Buddy Bass Tournament.

And while he may have set a limit for himself, that didn’t stop the happy fisherman from racking up 50 or so trips out on the lake before 2022 rolled around.

“My dream is to guide on Norfork Lake and make the water my office for the rest of my life,” Bleeker said.

The Observatory: What’s happening in Mountain Home this week