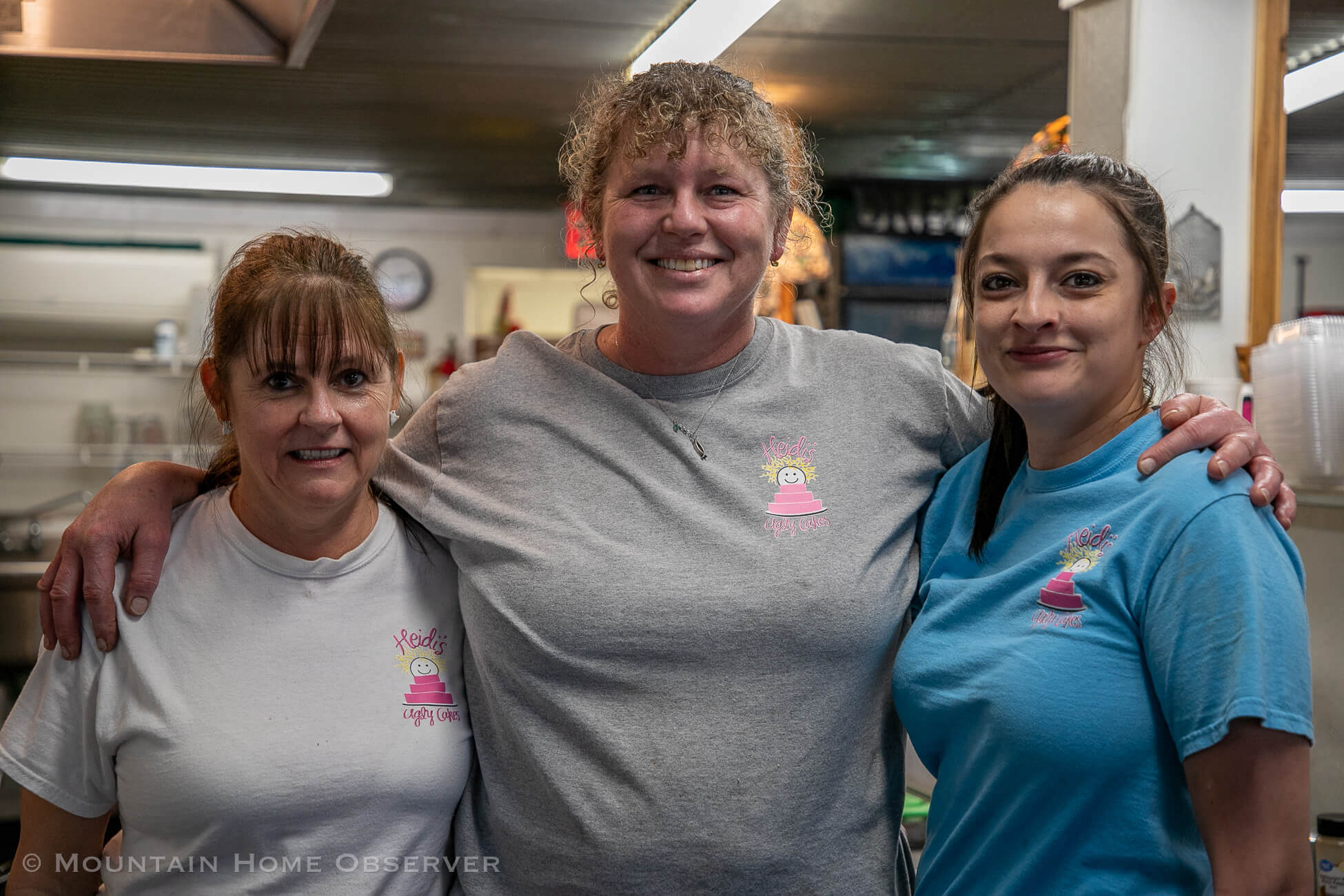 There’s something magical about Heidi Price and her small restaurant in Norfork that has people driving hours from all over the country to pay her a visit.

For some, it’s Heidi’s famous Reuben sandwiches. For others, it’s her world-class cinnamon rolls, coconut cakes, and the infamous Butterfinger-topped Holy Cow Cake.

While many come for the food, most keep returning to Heidi’s Ugly Cakes and Sandwich Shop for Heidi and her happy-go-lucky personality that always manages to bring a smile to everyone’s face when they walk through the door.

“I love people. I have met some of the most interesting, extraordinary people in my life here,” said Heidi Price, owner of Heidi’s Ugly Cakes and Sandwich Shop. “They’re warm and kind, and you just learn things from people in short conversations, and it just makes life fun.”

A Florida native, Heidi grew up on Lake Alfred, Florida, where she spent her days playing sports outside.

As a natural athlete, she gravitated toward sports like softball and volleyball, eventually working her way into a degree in health education, with a minor in nutrition, from the University of Alabama. While attending school, she focused on learning how to coach before deciding that it ultimately wasn’t for her.

“I wanted to teach health class and pursue a college coaching job, but I found out my sophomore year I did not like to coach. I’m a player,” Heidi said.

While continuing to work through college, she found her husband, Paul Price, a native of Yellville, after visiting Dolphin Island with some friends. The two would fall in love and marry, settling where they first met.

Sadly, tragedy would strike in 2004 with the arrival of Hurricane Ivan, which managed to destroy their businesses.

“I had a cleaning service, and I was a rental agent part-time,” Heidi said. “Hurricane Ivan destroyed both my husband and my business. He was a fishing guide. On the island, he had a captain’s license and fished for snapper and tuna.”

After riding out the hurricane, Paul told Heidi that he wished to return to Baxter County to be closer to his mother, Jan Price, the owner of Shady Grove Country Store in Mountain Home.

And while Heidi may have been landlocked for the first time in her life after the move, she quickly found herself in a new career after impressing her mother-in-law with her cakes. Jan asked Heidi to begin making and selling cakes for her store in.

Heidi agreed, but only on the condition that she could call her cakes ugly.

“I told her, I don’t do foo-foo, I do ugly, and that’s how it stuck,” Heidi said. “I hate fondant cake with a passion, and layered cake makes me nervous. It’s not fun. I used to bake for all my tournaments and stuff for the team. My main objective is that it tastes good.”

And man, oh man, does Heidi’s ugly cakes taste good. So good, in fact, that they’ve landed her a nomination and a win this year for People’s Choice in Arkansas’s Food Hall of Fame.

With her cakes drawing in people by the hundreds, she quickly earned a dedicated and loyal customer base. Her mother-in-law would present her with her first business sign for Heidi’s Ugly Cakes on her birthday.

Sadly, the good times at Shady Grove County Store ended with the passing of Jan Price in 2013. With the store closed, Heidi moved her business to several locations, including the Two Rivers Fly Shop, before an anonymous donor offered to put her up in her restaurant’s current location.

“He got me started, period,” Heidi said. “When my mother-in-law’s store closed, he kept calling me and telling me he wanted me to open. And he and three couples donated $2,500, and that’s how it all got started.”

Heidi’s Ugly Cakes is located in the heart of downtown Norfork in a stone building from 1927. The building was completely renovated by Heidi and her husband and currently seats around 55 people if you include the outdoor patio seating. A line usually begins to wrap around the building during lunch hours.

The menu is simple at Heidi’s. You can get any of her fresh baked cakes and goods, or, if you want something hot off the griddle, you can get one of her famous Reuben, fried bologna, or patty melt sandwiches.

Heidi said she likes to keep her menu as simple as possible, focusing on perfecting what she does make over having a large menu selection.

“My husband’s advice when I started this was like, have a small menu and do it well,” Heidi said.