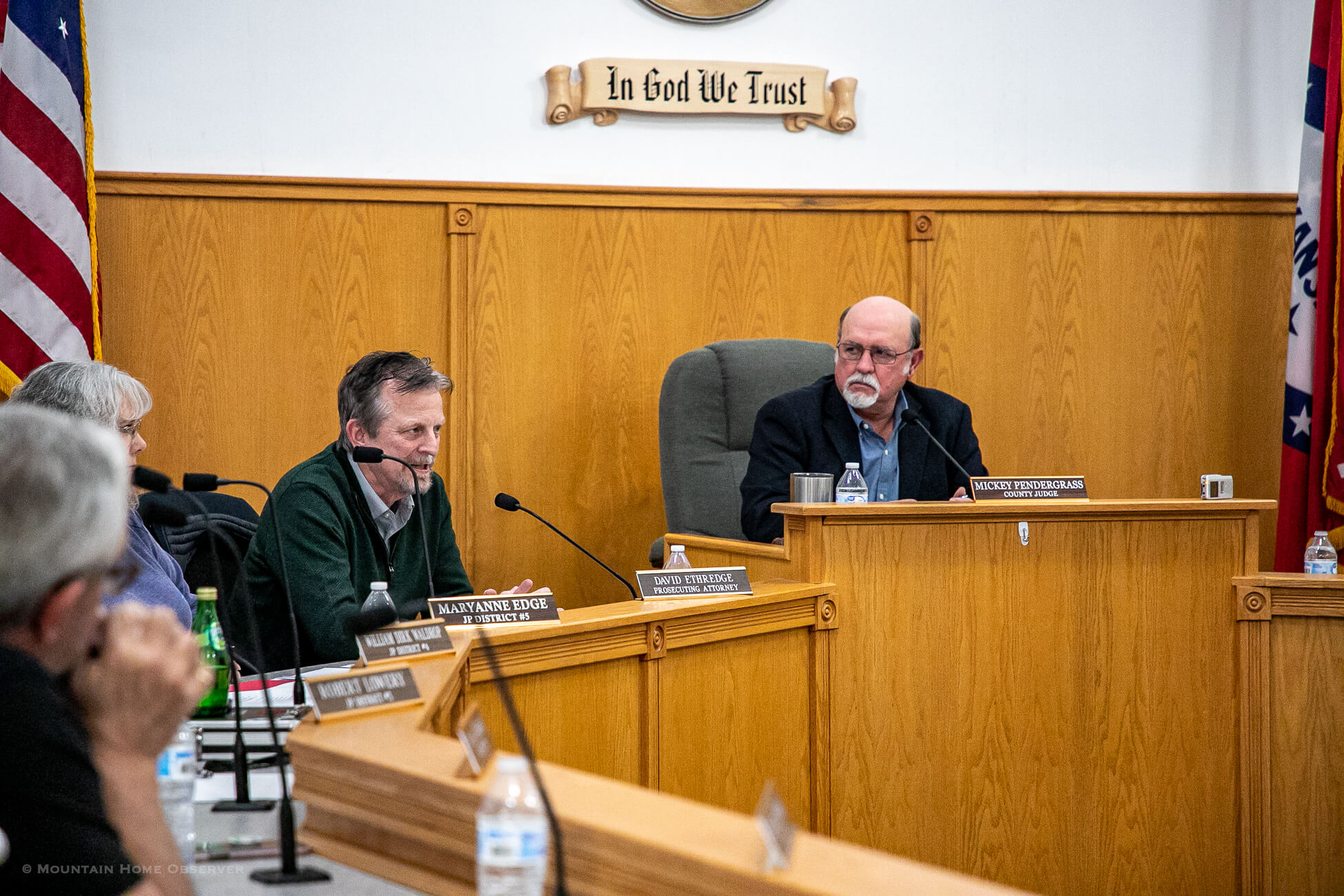 Pendergrass has enjoyed great success as the top executive in Baxter County and has overseen significant growth throughout the county during his decade-long tenure. He is leaving behind a county government with a cash-rich budget and zero debt.

To mark the end of the year, Pendergrass will present the 2023 county budget to the Quorum Court on Tuesday night for approval. The budget for next year is slated to be $36,174,824, with appropriations going toward $27,326,468 worth of expenditures.

This will leave the county with $8,848,365 on hand to cover rising inflation costs, emergencies, and investments for the future. Baxter County is one of the only two counties in Arkansas with a balanced budget and no loans to service.

To celebrate Judge Pendergrass’s retirement from government, a retirement reception will be held on the 2nd floor of the courthouse on Dec. 16 from noon to 2 p.m.

Outside of passing next year’s budget, the court will take up the purchase of some 61 acres along the southern border of the Baxter County Airport.

The Federal Aviation Administration notified the county of serious obstructions at the south end of the airport’s runway. The tree line in that area has grown too high and may force the FAA to shut down the entirety of the airport or significant portions of the runway.

During its November budget committee meeting, members of the court agreed that the best step forward would be to purchase the land so that work crews could gain access to, and maintain, the land full-time. The land purchase will also benefit the airport’s future expansion attempts.

Judge Pendergrass is looking to appropriate $302,000 for the land purchase, with $250,000 going toward the county’s initial offer. The leftover money can potentially be used for negotiations with the land owner or to cover legal fees if the county decides to use eminent domain to take over the property.

The use of eminent domain was discussed during the budget committee meeting after it was revealed that the county was having difficulties in getting in touch with the property owner. In a discussion with the Observer on Wednesday, Pendergrass said that contact had finally been made with the owner and that negotiations were going well.

According to the county assessor’s office, the land is worth a little over $4,300 per acre.

The court will also look at appropriating funds for the Juvenile Services Department’s budget and the appropriation of grant funds from the state for the Cotter-Gassville Rural Fire Protection District.

New additions to the 2023 budget also include funding requested by the Extension Office to fund a full time 4H position, and a slight raise to the per diem for elected Justices of the Peace from $325 to $375 to be in line with other Arkansas Class 4 counties. The motion was made in committee to amend the budget by Litty and seconded by fellow Justice Wayne Roth. The motion carried with all in favor except for Budget Committee Chairman Cameron Davis voting ‘no’.

Copies of next year’s budget and the ordinances for December’s Quorum Court session can be found below.

Forget the “paper”, embrace the “news”