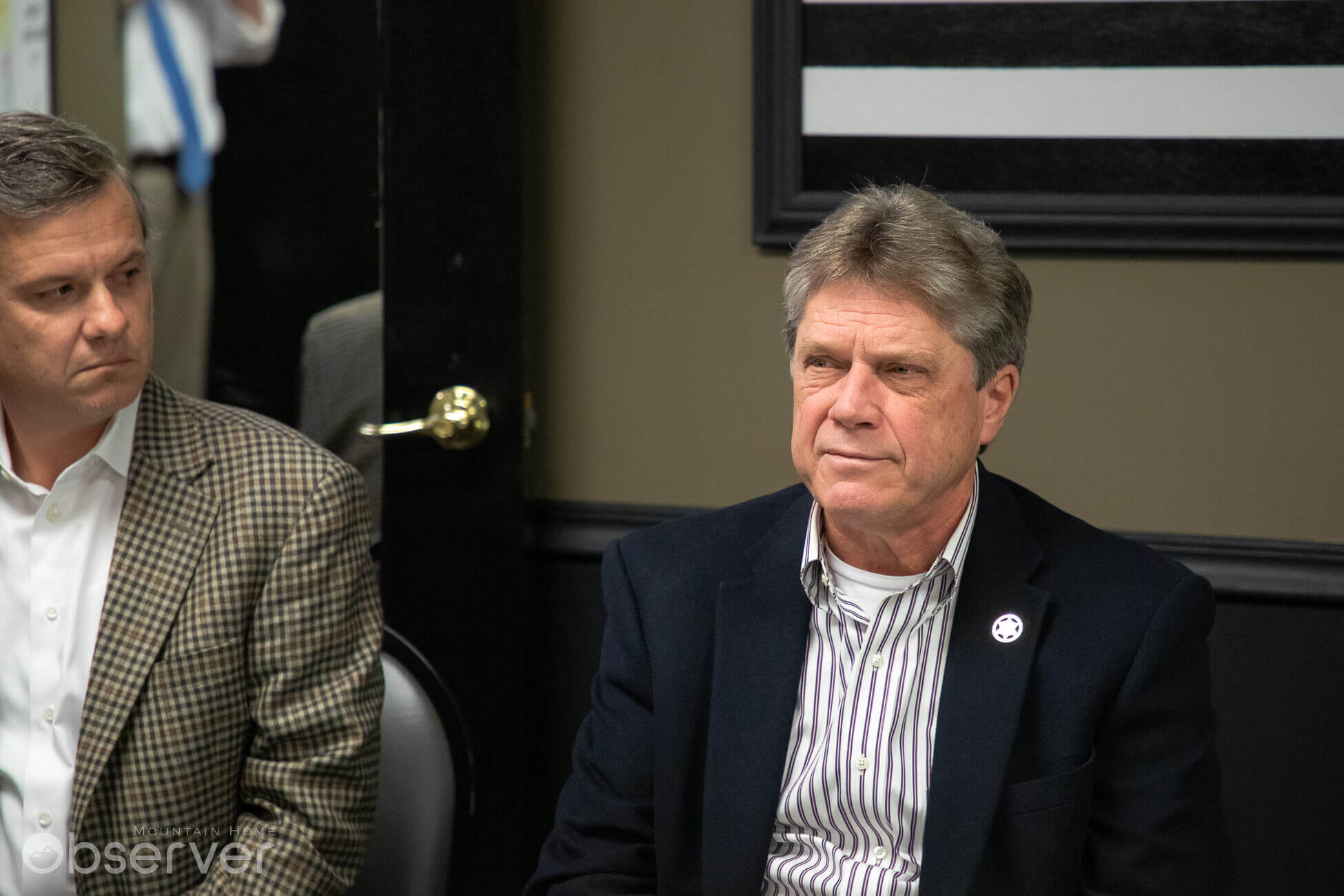 The Baxter Quorum Court approved the purchase of a new building to expand offices within the Baxter County Sheriff’s Office.

The property, which currently belongs to Carney Law Firm, will allow Sheriff Montgomery to add 3,300 square feet of office space for his CID Detectives, as well as space for the county’s coroner.

The law firm, which will be shutting its doors in December, has agreed to sell the entirety of its property to the county for $300,000. After filings and paperwork, the total cost of the property would run the county $302,000.

The firm had originally agreed to sell a portion of its parking lot to the county to expand parking at the county jail and the Sheriff’s Office for $11,000. That original contract will be ripped up in favor of the new one.

The purchase agreement will also include an official inspection of the building.

The Baxter County Budget Committee agreed to move ahead with the deal during last month’s budget meeting, paving way for the Baxter County Quorum Court to vote on the appropriation during Tuesday night’s session.

The Baxter County Sheriff’s Office is currently facing a space crunch, with several of the office’s employees, like the Sheriff’s CID investigators, being forced to work on top of each other. That office space crunch is expected to worsen with new employees hired.

Sheriff Montgomery, who attended the budget committee meeting, talked about the space crunch and how the new building would allow his deputies and investigators to spread out.

An ordinance to hire two new deputies and move a part-time CID investigator to full-time was also approved during last night’s court session. The cost of the new hirings will run $22,024.59.

The CID Investigator will begin working full-time starting immediately, while two new patrol deputies will be hired in December before heading off to the academy to become certified.

The money for these positions will come from excess funds in the general county excess revenue per the ordinance. Montgomery did say that his new patrol deputies would require the county to purchase new vehicles, but that purchase will wait until next year’s budget.

During the Budget Committee proposal, Sheriff Montgomery did state that some “light” remodeling would need to be done to get the building ready for use. That work would include the floors and maybe adding or removing a wall in certain positions.

The Sheriff said he should be able to cover remodeling costs with his own budget but then clarified and said it would depend on material costs. He would also like to move the coroner’s body cooler over to the new building in the future.

He stated that he believed the community would rally behind the remodel and assist with keeping costs low.

In other court news, an ordinance to appropriate $39,157 in funds to upgrade the county’s media technology at the OEM Training Center was approved.

Both the Sheriff’s Office and the Baxter County Library have upgraded their training centers with televisions, tablets, and other equipment, and the OEM Training Center would like to follow suit.

The training center currently features old projectors and VCRs. The county is no longer using that equipment.

Funds for the OEM Training Center upgrade will come from the county’s newly established Local Assistance and Tribal Consistency Fund, which was approved unanimously Tuesday night.

The creation of the LATCF fund will allow the county to receive the funds for use on county projects, including work on the OEM Training Center.

The court will also took up an ordinance to approve $15,000 to cover salaries at the Baxter County Airport and an ordinance to move a part-time secretary position in the county’s Prosecuting Attorney’s Office into a full-time position.

In historical news, Baxter County’s Quorum Court took up its main purpose last night, and approved the levying of millage taxes on political subdivisions of Baxter County for 2022. Those millage rates can be found in the ordinance below. It should be noted that some subdivisions raised their millage rates, while others like Gassville lowered them. Mountain Home City Council voted to keep millage rates at the same rate.

Prior to the establishment of the nine justice Quorum Court system in 1981 that we enjoy today, past Quorum Courts were composed of dozens of justices that would only meet once a year in November to levy taxes as required by Arkansas’s Constitution.

In it’s last session in 1980 before the change, 43 justices of the peace came together to vote on taxes.

In firefighting news, the court passed an ordinance allowing Judge Pendergrass to apply for a grant on behalf of the Clarkridge Volunteer Fire Department, which hosted a fundraising event last Saturday to raise funds for their portion of the grant.

Pendergrass, who attended the fundraiser, said the fire department raised $5,200 during the event.

The full agenda and attached ordinances are available below.