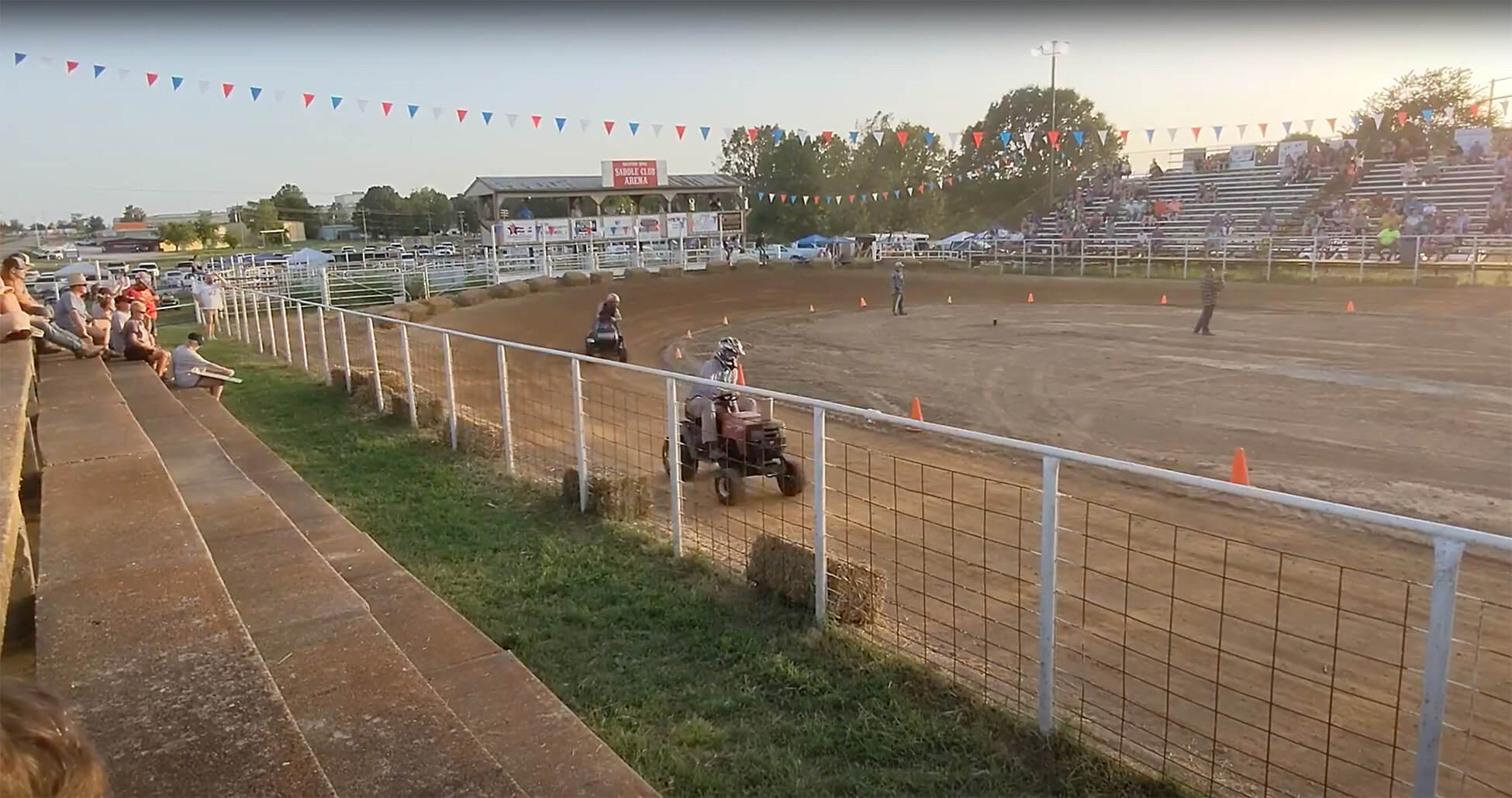 The Baxter County Quorum Court has decided to give out another generous portion of taxpayer money to an additional 501(c)(3) charity with friendly ties to the some of the court’s justices after the court appropriated $275,000 to pay for the Mountain Home Saddle Club’s arena renovation via the Coronavirus Relief Fund Grant, in an 8-3 vote Tuesday evening.

The funds are expected to pay for the renovation of the bathrooms to bring them up to ADA compliance as well as new bleachers on the East side of the property, despite the fact that the Saddle Club has knowingly remained out of ADA compliance for over 30 years.

During Tuesday’s court session, the Saddle Club argued that taxpayers should pick up that bill.

“We got into the discussion for the matter of helping the Mountain Home Saddle Club in the amount of several hundreds of thousands of dollars. Had a lengthy discussion about that and the decision was made to make it up to a hundred thousand dollars for the renovation of the restrooms and concession stand,” said Justice Davis.

The original appropriation ordinance the court was considering on Tuesday was for $100,000.

Justice Davis, who moved the motion that was seconded by Justice Roger Steele, delivered a speech during the discussion.

“It needed to be more and considerably more for what they’re trying to get done down there,” said Justice Davis. “I’ve asked Tommy Rand to bring some of his friends and let y’all hear from them, just how deep this goes. Big numbers. When you consider the sales at the feed stores, the amount of tax, the gas tax, all the things that fold into that. It’s more than just some people riding a horse in circle down there. It’s a big industry.”

Tommy Rand, President of the Mountain Home Saddle Club, said the club was established in the late 40s or early 50s by a group of people that donated and built everything on their own.

“They donated the ground, they built the fence, they built the concession stand. They wouldn’t ask nobody for help. They were just a good bunch of people,” said Rand. “This is our 54th year of putting on rodeos, livestock events all over the country.”

The Mountain Home Saddle Club puts on seven to eight events a year, with one main event: the Red White and Blue Festival’s rodeo. The money raised at that event helps to cover the other seven events that they donate to.

The Saddle Club also donates the arena one night a week to the local 4-H group.

After Rand explained to the court how the Saddle Club donates much of its revenue to other groups and organizations and did not pay attention to its bleachers, Rand remarked ‘we probably shouldn’t have done that’.

Rand also remarked that the Club does not set aside money for future projects and major maintenance to its facilities.

“We knew we have a little problem with the bathrooms because it’s not handicap accessible, and we get a few complaints, but we really never paid attention to our bleachers,” explained Rand.

The bleachers on the East side of the property are about 200 feet long and are a danger to the public because of its disrepair, according to Rand.

Rand invited the treasurer of the Saddle Club to speak on the state of the club’s financials and what the club spends their money on.

Sonia Rand, who is married to Tommy Rand, is the current treasurer and has been for about eight years. When she was brought on board there was only $1,200 in the club’s bank account, with some money unaccounted for.

“There was money missing, I had to go through kind of an audit process myself,” said Sonia Rand.

Sonia Rand stated that under their management they have grown their bank account balance to $16,500.

“Our Red White and Blue event does raise some money for us. We will clear, after expenses, about seven thousand dollars– ten thousand on our best year. A weekend event there, our electric bill is five hundred or more. Water, easily two, three hundred for a two-day show depending on what we use and how long the lights are on,” Sonia Rand said.

Sonia Rand stated they also spend money to repair their restrooms each year because of vandalism. The new bathroom design they are looking to implement is more ‘indestructible’.

“The only mistake my group, and I too, have made is got– These conditions, I’ve let them get way ahead of us. I’ve never dreamed they were this bad,” said Tommy Rand.

Rand made it clear to the court that his group was more than willing to put in the hard labor to get the job done.

“If it’s something my group’s capable of doing, we can get rid of concrete, we can get tractors, loaders– Kevin Litty will loan us his tractor. So, we can get this done. These people don’t mind working,” Rand said.

Justice Kevin Litty is an Incorporator/Organizer and Manager of a company called 2L Cattle Company, according to the Arkansas Secretary of State.

Justice William Dirk Waldrop, who made it a point to mention he grew up on a farm in Mississippi, asked the hard questions.

“Where was the financial responsibility? Where was the future planning? Okay, you know, you said many times you just weren’t paying attention to it. It got away from you,” said Justice Waldrop.

“It teaches the same stuff, it’s along the same lines but I don’t know of any gun range or firing club that’s solicited public donations to improve a facility. You guys, all y’all talk about how, ‘we don’t ask for any help, we don’t want any help’. My question is why do the taxpayers– Why are we funding this?” Justice Waldrop asked.

“It’s financially irresponsible when you have plenty of money coming in but are donating into other groups when you need to be taking care of your own house,” said Justice Waldrop.

Rand protested being labeled as financially irresponsible while Justice Waldrop attempted to continue to speak. With both men talking over each other, Justice Waldrop looked to Judge Pendergrass for a point of order.

“I’d like to just make a motion,” said Justice Litty. “We can listen to this all night, Dirk, let’s make a motion and be done with it.”

“I’ve heard every one of y’all on this court at some point or another grumble about those politicians in Washington D.C.,” said Justice Waldrop. “If we want to change things going on at the federal government and the state level it starts right here in this room. The ‘we got to spend it because somebody else will’, that doesn’t make it right.”

Judge Pendergrass corralled the discussion back to the main question and prepared for a vote but not before Justice Davis moved to amend the main motion to appropriate $275,000 instead of the original $100,000.

“What I’m having a hard time with, is giving them more money than we gave our fire departments,” Justice Rhonda Tink Albright said. “The whole ‘you can’t take care of your neighbor if your own house isn’t in order’ and the ‘you can’t pour from an empty cup’. Ya’ll need to get your house in order, and you need to fill your cup.”

Justice Wayne Roth, a new Justice to the court after the resignation of Justice Bob Lowery to seek office as District Judge, spoke in opposition as well.

“I’m part of the commission of one of our volunteer fire departments. When we have a need we discuss it, we look at the future, and the last couple years we bought two fire trucks,” said Justice Roth. “We were able to make a loan to borrow it and pay it off in certain amounts. And I’m saying, why can’t you do that?”

Justice Waldrop attempted to amend the motion back to $100,000, which was seconded by Justice Roth. The vote failed 3-8.

Past subsidies and forgiven loans

According to ProPublica’s PPP tracker, Tommy Rand took out two PPP loans. The first, ‘Tommy Rand DBA Rand Farms’, in the amount of $13,350 entirely for payroll with eight jobs reported. This loan was approved on May 6, 2020.

Both loans were forgiven, including all accrued interest.

Farm subsidies have been commonplace since the late 1800’s. According to the 2012 Census Highlights: Farm Economics, about 39 percent of America’s 2.1 million farms receive some sort of federal support.

The Mountain Home Saddle Club is not the first organization in Baxter County to submit grant applications to seek relief via the CARES Act. In December 2020, the county appropriated $388,000 in coronavirus relief funds to three local non-profits.

During a call with the Mountain Home Observer, Judge Pendergrass stated there is $431,592 left in the Coronavirus Relief Fund at of the start of this month. With $275,000 slated to be deducted, this will leave the fund at $156,592.

The county was originally awarded $1,002,298.10 from the Department of Finance and Administration for the Coronavirus Relief Fund Grant. The county currently has no formal application process in place or documentation for organizations to apply or request a relief grant.

Moving forward with the renovations

Appropriation ordinance 2022-24 was adopted as amended for $275,000, with the renovations from the court green-lit.

Judge Pendergrass made clear that all expenses for this project would go through the county bidding process, which takes at least 30 days minimum to get through. Judge Pendergrass also stated during the meeting that the line item is in, ‘the county judge’s budget’.

A Public Notice to Bidders is published in three places: the Baxter Bulletin, the physical bulletin board inside the courthouse, and a website called Central Bidding.

Quorum Court to take up $302,000 purchase of new building to expand Sheriff’s Office