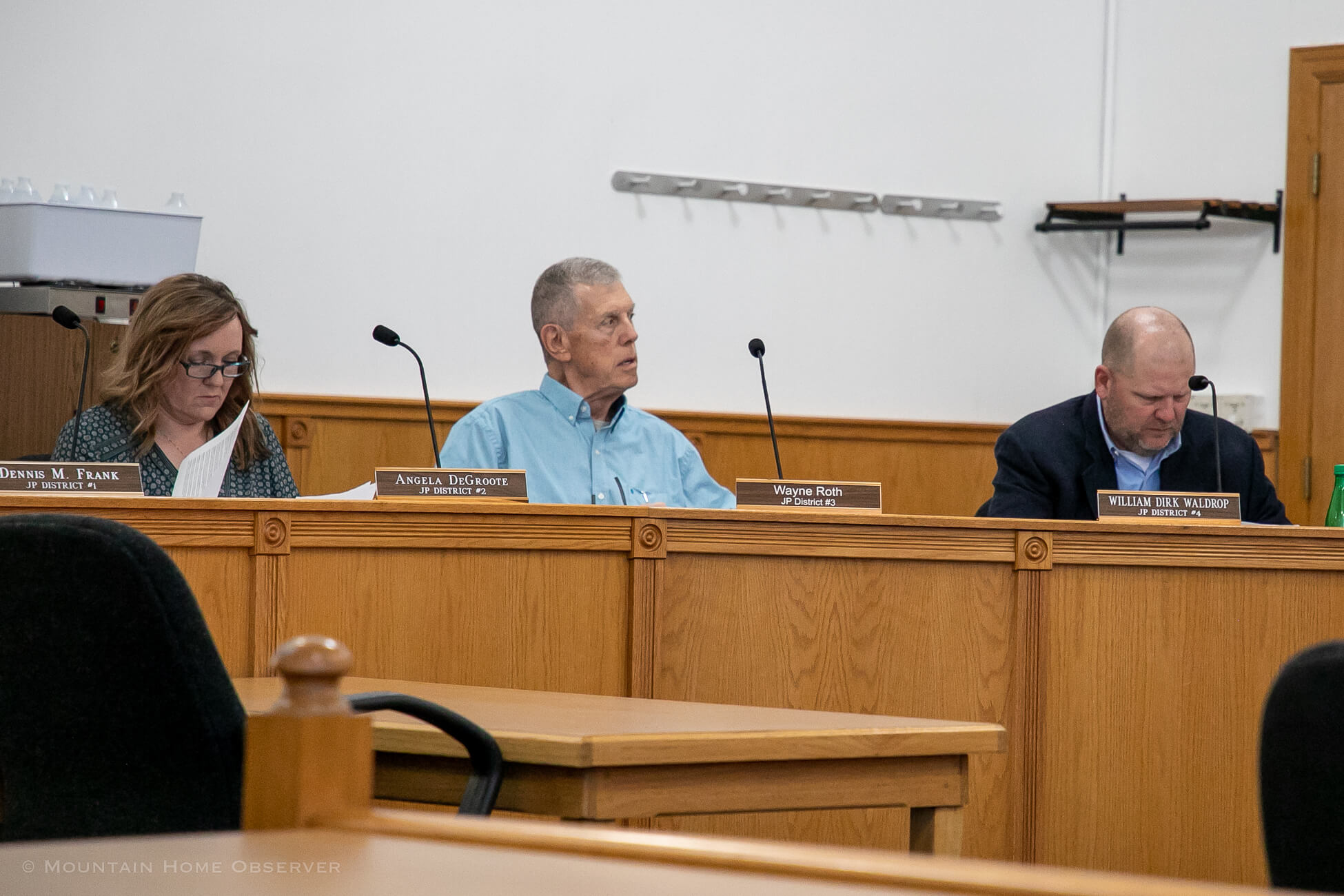 The Baxter County Quorum Court failed to adopt a resolution showing support for the Mountain Home Saddle Club’s grant request to receive up to $350,000 in federal CARES Act funding.

The vote came to a 5-4 decision with one abstention resulting in a tie per the court’s rules. Judge Pendergrass declined to use his powers to break the tie vote.

“It’s just intent. Just the resolution. It’s not appropriating any money. That will come back to the budget committee this month to be prepared for a May presentation,” said Baxter County Judge Mickey Pendergrass to the court on Tuesday night.

In the resolution, the club states that remodeling the restrooms and updating the bleachers will allow for “social distancing and accommodation of future events.”

If the club’s grant is ever approved in the future, the court would hold a vote to appropriate the money and enter a contract with the Mountain Home Saddle Club that would allow the county, state, and federal government to audit the club’s use of the appropriated funds.

“If you remember on the previous three that we gave out, if an audit finds that it’s illegal, they have to pay it back,” said Judge Pendergrass.

During Tuesday’s meeting, it was noted that the Saddle Club’s restrooms were not in compliance with the American Disabilities Act of 1990, which could potentially close down the club’s arena.

“How long has the ADA been in effect?” said William Dirk Waldrop, JP for District 4 in Baxter County. “Why haven’t they been fixed? Why is it all of sudden now, the taxpayers who never use the Saddle Club are responsible for it?”

While AR Code § 14-14-802 (b) grants county quorum courts the authorization to provide funding for fairs and livestock shows, economic development, community, exhibitions, and cultural and civic services, some members of the court were uncomfortable with handing over taxpayer funds to the club to remodel their facilities.

Justice Waldrop was the most dissenting voice on the court during the discussion. No member of the Saddle Club was present to answer questions during the debate.

“I’m not comfortable with this at all,” Justice Waldrop said during Tuesday’s court session. “How many people does this serve? How does this benefit the county as a whole overall, other than a small portion? I was opposed to [funding] the Food Bank. That’s a nonprofit organization. You guys raise the money yourselves. You want to give money to it, donate, write a check as a private citizen. This is taxpayer money. This is our money, even if it comes from Little Rock or Washington.”

The Mountain Home Saddle Club is not the first organization in Baxter County to submit grant applications to seek relief via the CARES Act. In December 2020, the county appropriated $388,000 in coronavirus relief funds to three local non-profits.

As the COVID-19 pandemic winds down, a national debate has arisen over local governments use of CARES Act money, with critics stating that states and local governments have used the money to fund pet projects.

Broward County, Florida, dropped $140 million in American tax dollars on a new, 29-story luxury hotel overlooking the Atlantic Ocean with 800 rooms and an 11,000-foot spa. When pressed on the issue, county officials moved the money into their general fund to “offset tax revenue costs,” before silently transferring the money back to their hotel project.

“I understand how the system works. I don’t like it. That door, we’re already down that slippery slope,” Justice Waldrop said.

In other court news, the Baxter County Quorum Court welcomed Wayne Roth as the newest Justice to the court. Justice Roth was picked by Governor Hutchinson to represent District 3 after the retirement of Justice Bob Lowery.

Roth was chosen by the Governor three weeks ago and was sworn in last week. He will remain on the court for the remainder of the year, where he will then be replaced by either Republican Rick Steiner or Democrat Donny Huffine after this year’s local elections.

Lowery resigned from the court in December of last year to seek office as District Judge for the Tenth District.