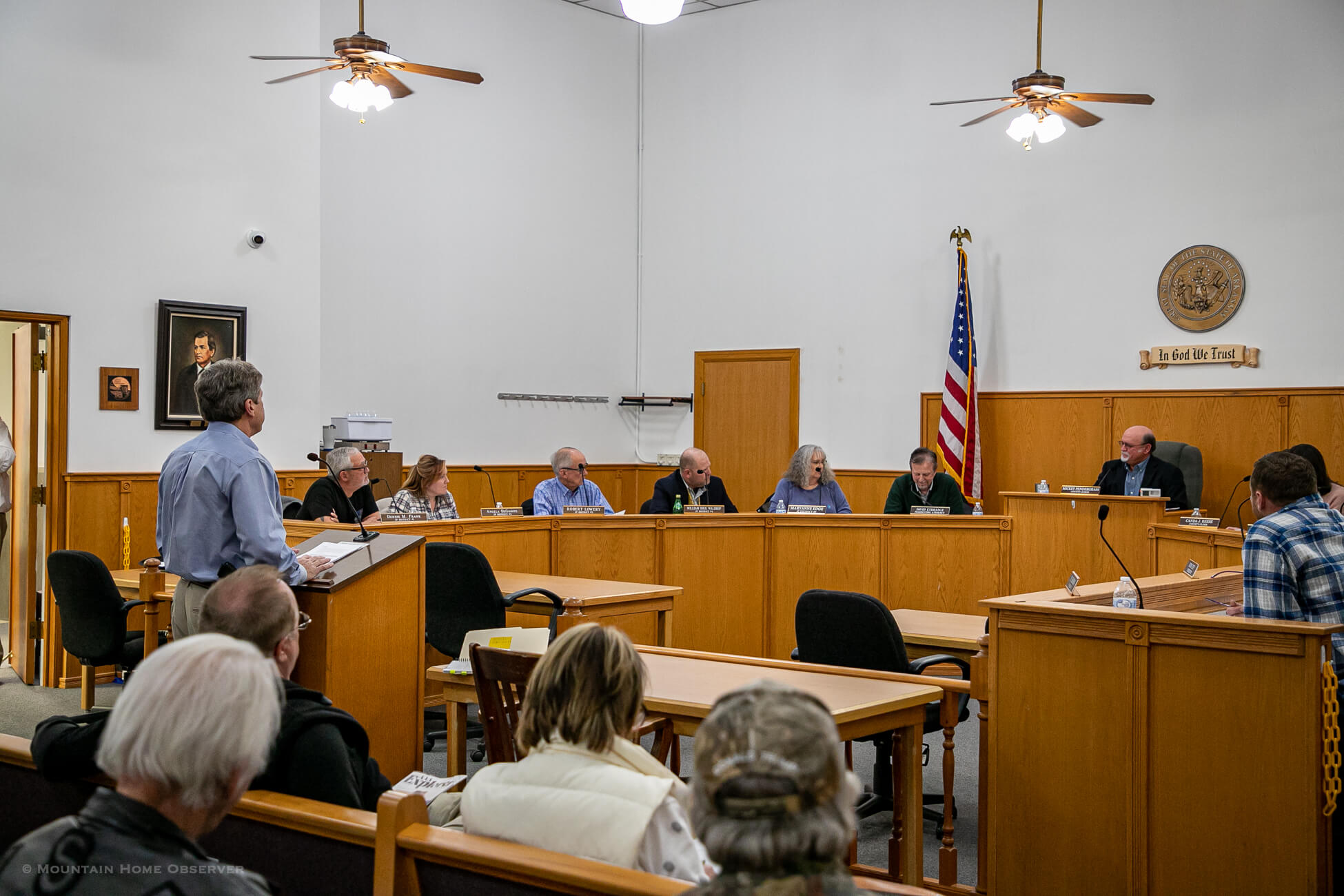 Quorum Court to take up $302,000 purchase of new building to expand Sheriff’s Office

Baxter County and its Sheriff’s Office may be making a major change in its agreement to purchase $11,000 worth of property for additional parking spaces following a new offer from Carney Law Firm.

The law firm has agreed to sell the entirety of its property, including its 3,300-square-foot building and parking lot, to the Sheriff’s Office for $300,000.

After filings and paperwork, the total cost of the property would run the county $302,000.

The Baxter County Budget Committee agreed to move ahead with the deal during last week’s budget meeting, paving way for the Baxter County Quorum Court to vote on the appropriation during next week’s court session.

If the ordinance is approved, the county will rip up its prior agreement with the law firm over the parking lot and move forward with the new agreement.

Carney Law Firm, located at Block 40 Lane’s Addition, or 210 West 7th Street in Mountain Home, will be closing its doors at the end of the year. All current and former law firm clients were asked to make arrangements to pick up their files before Dec. 16.

“We convened the Building Committee Monday [Oct. 17] to look at purchasing the property known as Carney Law Firm next door to the jail, which we had contracted with to buy 14 feet off the south end of it,” said Baxter County Judge Mickey Pendergrass during last Thursday’s budget meeting. “They approved at their meeting Monday to send it to you all to purchase the entire property. The cost of the property is $300,000 plus the ancillary costs, which would be the revenue stamps and some filing papers. And then we would tear up the contract. It’s written into this contract that we would tear up the other one, that $11,000 would go back to jail fees, where it came from.”

The Baxter County Sheriff’s Office is currently facing a space crunch, with several of the office’s employees, like the Sheriff’s CID investigators, being forced to work on top of each other. That office space crunch is expected to worsen with new employees hired.

Sheriff Montgomery, who attended the budget committee meeting, talked about the space crunch and how the new building would allow his deputies and investigators to spread out.

An ordinance to hire two new deputies and move a part-time CID investigator to full-time is also on the docket for next week’s court session. The cost of the new hirings will run $22,024.59.

The CID Investigator will begin working full-time starting immediately if approved, while two new patrol deputies will be hired in December before heading off to the academy to become certified.

The money for these positions will come from excess funds in the general county excess revenue per the ordinance.

“We’re in bad shape on parking. This would help solve that issue,” said Baxter County Sheriff John Montgomery. “Our CID, or detectives, are working out of space. In fact, we’re trying to figure out how to divide a small office into a smaller offices. This would solve that issue. The coroner right now has a closet. If you look at what it is, we could work that in. Our patrol, if we add these two new positions, I’m going to have 17 people in one small office and a little general common area.”

While the Sheriff’s Office may get a new building, the $302,000 won’t be the final price tag if it’s approved.

During the Budget Committee proposal, Sheriff Montgomery stated that some “light” remodeling would need to be done to get the building ready for use. That work would include the floors and maybe adding or removing a wall in certain positions.

The Sheriff said he should be able to cover remodeling costs with his own budget but then clarified and said it would depend on material costs. He would also like to move the coroner’s body cooler over to the new building in the future.

He stated that he believed the community would rally behind the remodel and assist with keeping costs low.

“There’s enough people [that will help] in the community that I really believe I could absorb the remodel costs,” Montgomery said. “The flooring is the only thing I’m not sure about yet.”

In other court news, an ordinance to appropriate $39,157 in funds to upgrade the county’s media technology at the OEM Training Center.

Both the Sheriff’s Office and the Baxter County Library have upgraded their training centers with televisions, tablets, and other equipment, and the OEM Training Center would like to follow suit.

The training center currently features old projectors and VCRs. The county is no longer using that equipment.

The training center would receive a new badge system similar to the Sheriff’s Office if approved. As it stands now, the training center currently hands out keys to contractors doing work at the facility, making security an issue for the staff when contractors accidentally forget to return the keys.

The court will also take up an ordinance to approve $15,000 to cover salaries at the Baxter County Airport and an ordinance to move a part-time secretary position in the county’s Prosecuting Attorney’s Office into a full-time position.

The full agenda and attached ordinances are available below.