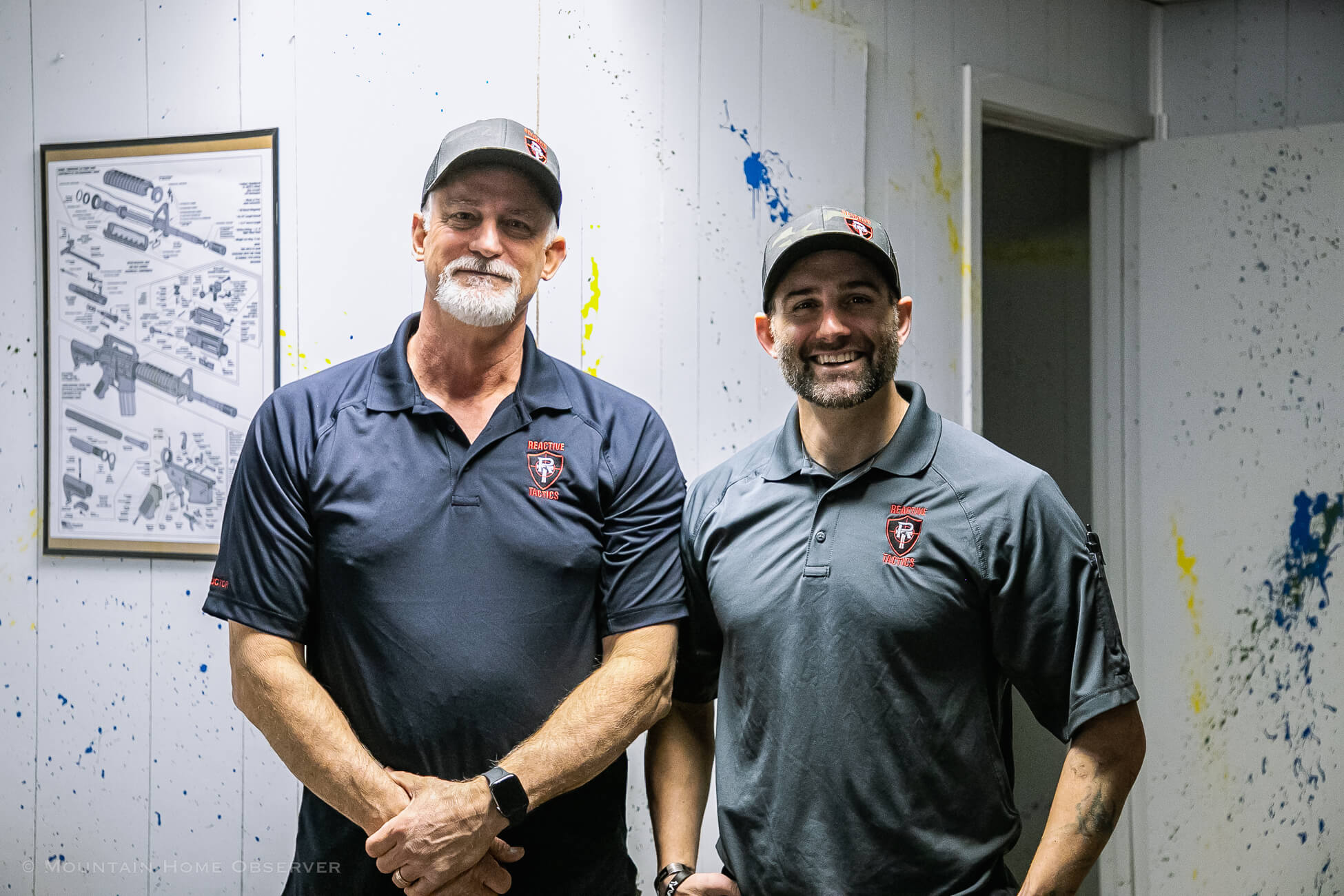 Editors Note: Because of our strong support for the Second Amendment, Reactive Tactics is offering our readers a $15 discount to their classes. As owner of this paper, I would like to make clear that the MHO does not financially benefit from this discount or the classes our readers may take. The discount was given freely by Reactive Tactics.

Reactive Tactics has expanded and is now offering new live fire courses and classes here in Baxter County and Missouri.

Both Brian and Chris Ades are offering Arkansas/Missouri Conceal Carry Courses on the weekends and a Conceal Carry weekday (2-day) class near the end of May.

They are also wanting to get a “simulator shooting league” going on Tuesday nights from 6-8 for entertainment. Chris Ades said it should be similar to a bowling league. Lastly, Reactive Tactics will be hosting a “Home Security and Tactical Home Defense” class at ASUMH on May 18th from 2 p.m. – 5 p.m.

Simulator Shooting League: Every Tuesday from 6pm-8pm. $10 per shooter and will compete on teams or as individuals. Over 60 sporting scenarios to rotate through.

After retiring from the U.S. Navy in 1998 as a Master-Explosive Ordnance Disposal Technician (Bomb Tech), Brian Ades moved his family to Mountain Home.

In 2008, Brian accepted a job with Blackwater USA and spent the next 13 years providing both personnel and force protection in support of U.S. Government operations. He is a certified NRA “Refuse to be a Victim” and “Basic Pistol” Instructor and Range Safety Officer (RSO).

After leaving Blackwater, Brian returned to Mountain Home full time and spent the next few years mulling over the creation of Reactive Tactics after witnessing the lack of firearms training in the Twin Lakes Area, despite the large gun enthusiast crowd that lives here.

With the help of his son, Chris Ades, a former Army EOD technician who now serves as an OGA security contractor, and veteran police officers Mike Armstrong and Jay Nichols, Brian was finally able to open his training center in January.

Altogether, the crew at Reactive Tactics has over 20 years of firearm experience.

Subscribers to the Mountain Home Observer can use promo code “MHOBSERVER” to receive $15 dollars off classes with Reactive Tactics.

Veterans, first responders, current military and law enforcement, and Baxter Regional Staff will receive a 10% discount when signing up for classes. Promo codes should be sent to admin@reactivetactics.com with proof of service. Coupons can not be doubled.

Tagged catfish are being stocked around the state