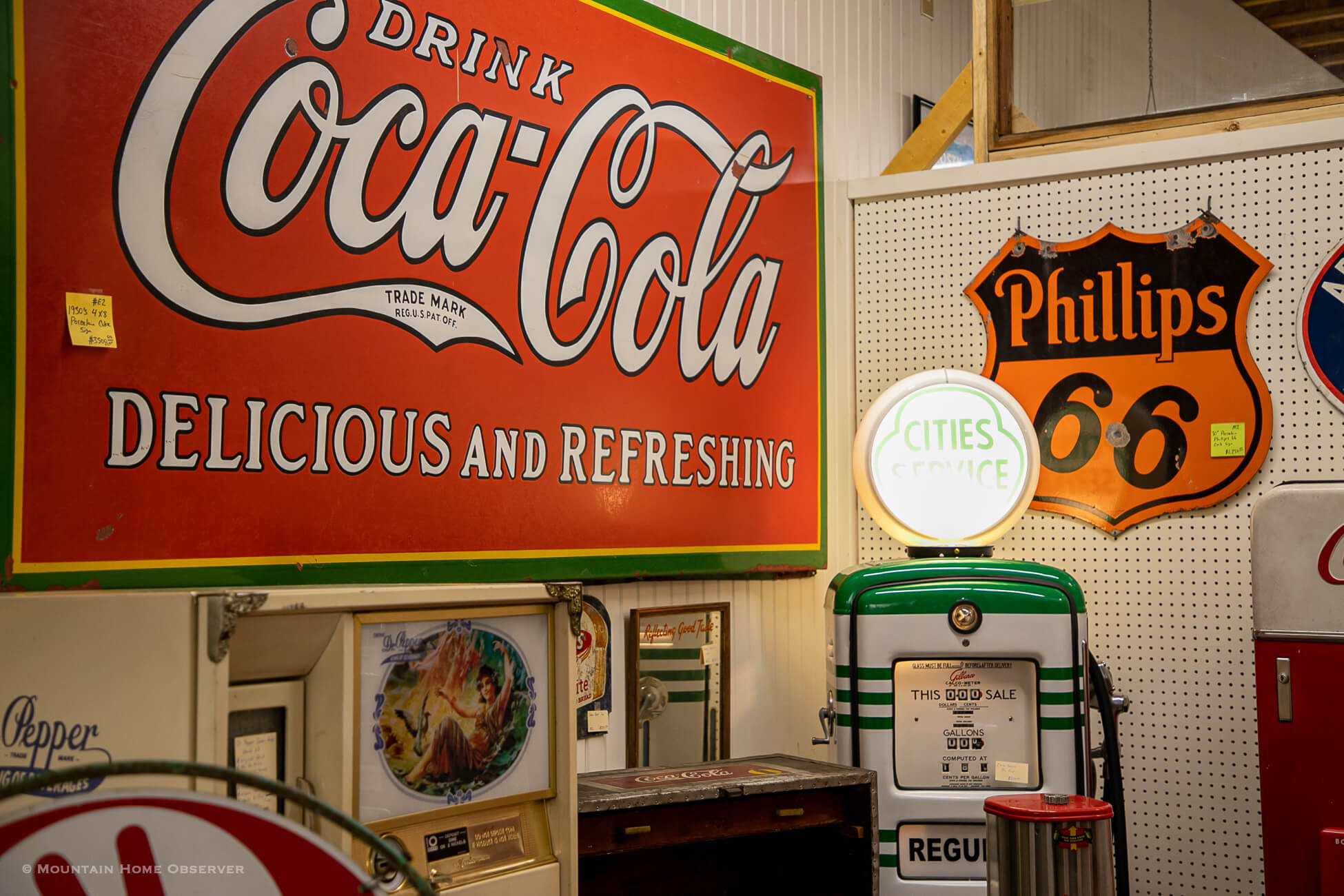 Red Star Antiques, whose owner has appeared on Ozark Pickers and Gas Monkey Garage, has also been visited by actor Russell Crowe.

“I collect vintage advertising,” said Joey VanMatre, owner of Red Star Antiques. “1950s soda machines. Gas and oil. I’ve been doing it since I was about 15 years old.”

Now housed in a 10,000 square foot building right down the road from its previous location, Red Star Antiques has expanded to 40 rooms with over 77 showcases on its floor, featuring items from over 40 vendors. Vendors for the antique store come from different states, including Missouri and Illinois.

The store’s previous location only had 1,300 square feet available for VanMatre to use.

“I actually have less space here than I do over there,” VanMatre said.

Red Star Antiques first opened five years ago after VanMatre moved his goods from his storage unit on his personal property to a storefront to set up a central location for his business.

Before the opening of Red Star Antiques, the popular antique trader was out on the road, making his living doing 30-40 antique shows a year in places like Chicago, Illinois, and Sevierville, Tennessee.

“When I first opened up over there, the first year was slow,” VanMatre said. “Believe it or not, I lost my original buyers because I went commercial, and they didn’t like it. After that, it just seemed to pick up a lot. We have a swap meet here twice a year as well.”

Born in Louisiana to a U.S. Air Force family, VanMatre spent much of his youth growing up in Mountain Home and the surrounding areas after his family moved back to the city in 1997.

At the young age of 15, VanMatre stepped into the antique business for the first time after purchasing a Coca-Cola machine in Cotter for $750.

While Red Star Antiques still features many iconic machines and signs that VanMatre loves to collect, the store has been filled with various items, including historic military gear, furniture, clothing, silverware, hunting and fishing items, blue and white, and jewelry. The store even features handmade train cars from Jimmy McNally of Bruno, Arkansas.

Still, for some, the main draw of VanMatre’s store will be its signs, which attract people from all over the state.

One neon sign, a City Café Coca Cola sign that VanMatre bought for his store in Hoxie, Arkansas, has drawn the attention of several shoppers who remember eating at the café, including the daughter of the previous owners.

“Had a lady come in here Friday,” VanMatre said as he gestured to the sign. “Her parents own that store, that café. It was in Hoxie, Arkansas. I’ve probably had four or five people come in here since it’s been hanging there that can remember and relate to that sign. It’s already been on Facebook twice in two weeks, from people knowing and remembering what it was.”