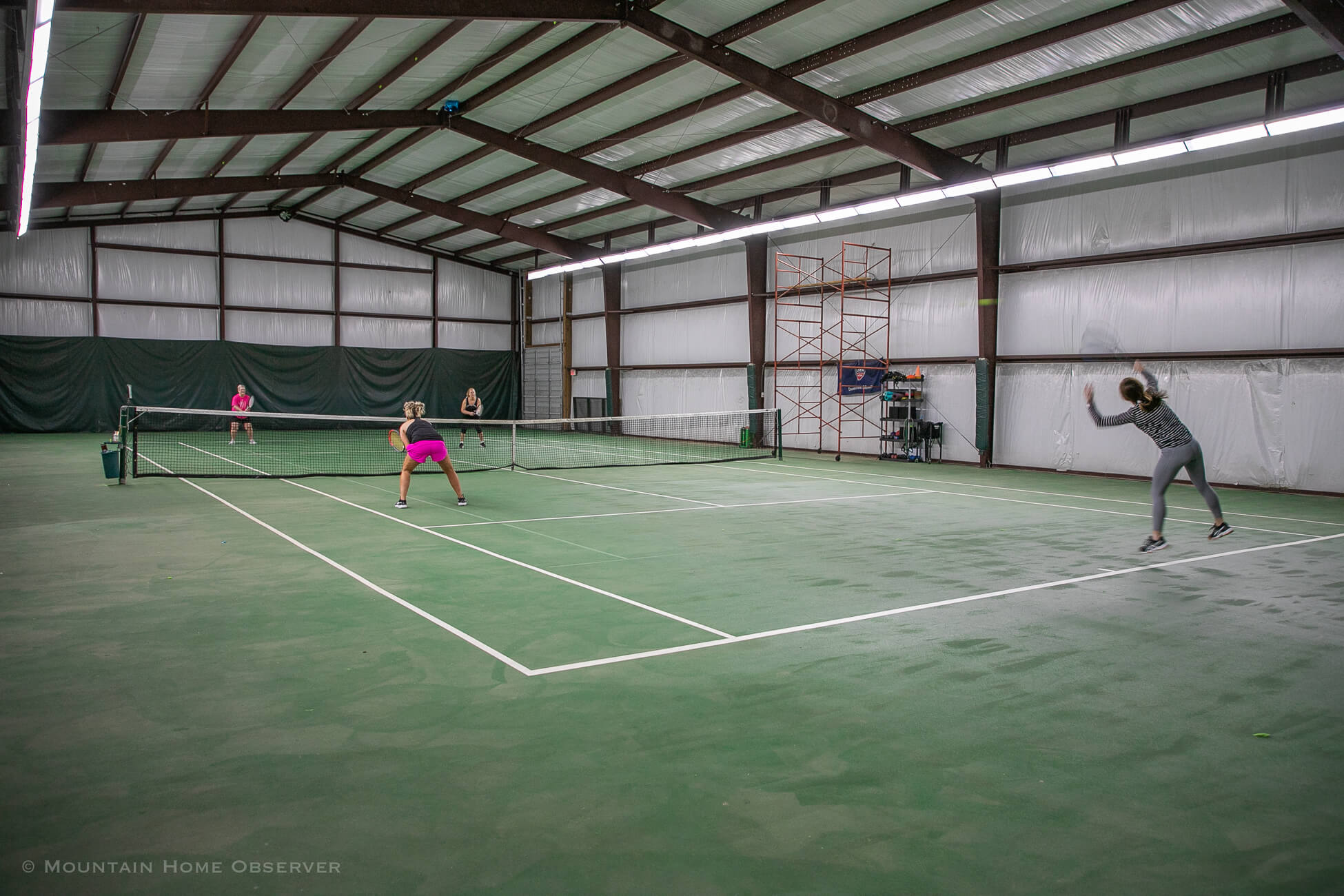 The history of tennis in Mountain Home is filled with highs and lows.

A couple of decades ago, the sport was everywhere in town, with hundreds of players coming together in tennis clubs to stay fit and have fun. And then, the sport fell out of popularity for a while, with clubs becoming smaller and fewer players joining the courts.

The reasons vary. Some people moved on from the sport, and others moved away. Some had to set their rackets down due to age.

Today, the tennis scene in Mountain Home is on the rise again, thanks to tennis coaches like Kord Stuffelbeam and Chris Cash, the joint owners of the Twin Lakes Tennis Club.

“Everyone is just so excited to see tennis coming back,” said Kord Stuffelbeam. “Back in the day, there was a large tennis community here, and it’s almost been kind of dormant, just because there hasn’t been any pros or instructors around to facilitate the growth.”

The journey to owning a tennis club began at childhood for both Stuffelbeam and Cash. As young boys, both men spent their time on the court, learning the game and growing their skillsets before seeking higher forms of play.

For Stuffelbeam, who started playing around the age of 10, that meant hitting the courts here in Mountain Home under the tutelage of Mark Klingelhoets, the previous owner of the Twin Lakes Tennis Club.

“I actually grew up taking lessons at the facility,” Stuffelbeam said. “This very facility. Mark Klingelhoets was the old owner who we bought it from. I probably started here when I was about 10 or 12, something like that. Mark was my coach.”

Cash had a slightly more traumatic entry into the world of tennis as a young boy. He started training in tennis after his parents banned him from skateboarding after breaking his arm multiple times.

“I started as a kid,” Cash said. “I broke my arm a bunch of times. My parents said I couldn’t skateboard anymore. So, I started playing tennis, and here we are.”

The pair grew older, moving on to college, where both Stuffelbeam and Cash would leave the tennis court behind for a while.

When entering college, Cash was given a choice between playing music and playing tennis. He said the choice was difficult, but he settled on playing music in school, a choice that he now says was “the wrong one.”

Stuffelbeam’s college career took him away from the game for a few years, but he was ultimately able to join a tennis club after finding his bearings at school. During this time, Klingelhoets approached him about purchasing the Twin Lakes Club back in Mountain Home.

“He had approached me whenever I was in college to kind of take over the reins, and it was just never in the cards,” Stuffelbeam said. “Then I got more experience working at the USTA, and this was always a dream of mine, to come back to my hometown and own this facility.”

After college, Stuffelbeam would leave for Kentucky to wrap up an internship before returning to Fayetteville, Arkansas, to work for the United States Tennis Association. The USTA is the national governing body for tennis in the United States.

A not-for-profit organization with more than 700,000 members, it invests 100% of its proceeds in promoting and developing the growth of tennis from the grassroots to the professional levels. The association was created to standardize rules and regulations and promote and develop tennis growth in the United States.

The USTA runs the USTA Billie Jean King National Tennis Center, which hosts the US Open every year and has leagues in most places for adults with skill levels between beginner and pro. It also hosts tournaments across the country every weekend for club players or professionals.

“It was a lot of travel and me going around and training individuals,” Stuffelbeam said. “Just training them how to offer tennis, and then we would supply resources like rackets and balls to these individuals and facilities. So, my focus was programs and building programs at these different facilities.”

While Stuffelbeam finished his internship in Kentucky and joined the USTA, Cash was hard at work to become a professional tennis coach with a focus on teaching children how to play the game.

Starting in 2011, Cash worked in locations like Denver, Colorado, Fayetteville, Arkansas, and finally, Little Rock. As time went on, Cash would shift his focus from teaching children to training adults.

Both Stuffelbeam and Cash would meet each other during tennis camps in Arkansas. They would quickly become fast friends.

“So, me and Chris actually worked together,” Stuffelbeam said. “He was a pro at Burns Park in Little Rock, and that’s where I was based out of, and we had worked together because we worked hand in hand with Burns Park in my role. I did camps with him, and we traveled around the state for a few events.”

After getting to know each other, the opportunity to own a tennis club would open up to both men after Cash moved to Mountain Home in 2019 with his new wife, who was originally from the area.

With Stuffelbeam wanting to fulfill his dream of owning the club he grew up playing at and Cash looking for tennis opportunities in Mountain Home, the pair teamed up and purchased the club together. Stuffelbeam would return to his hometown in March of 2020.

“He married a girl from Mountain Home of all places and ended up moving here,” Stuffelbeam said. “I kind of approached him about the opportunity and my dream, and we said we’d partner up and try and buy this place. That’s why I moved here back in March, and he was already here for a year.”

The Twin Lakes Tennis Club is the premier tennis center for North Central Arkansas and features two indoor and three outdoor courts. The club offers leagues, lessons, tournaments, and more for all ages. The club also features a clubhouse with a shop for players’ tennis needs. Equipment is on hand to fix any rackets that may become broken during play.

Since taking ownership of the club, the duo has made improvements to the courts and lighting throughout the facility. They said they plan to add more in the future. The pair will also be teaching courses at Big Creek Golf & Country Club after that facility’s court updates are completed.

Allen Moore named 2022 Alumnus of the Year for ASUMH