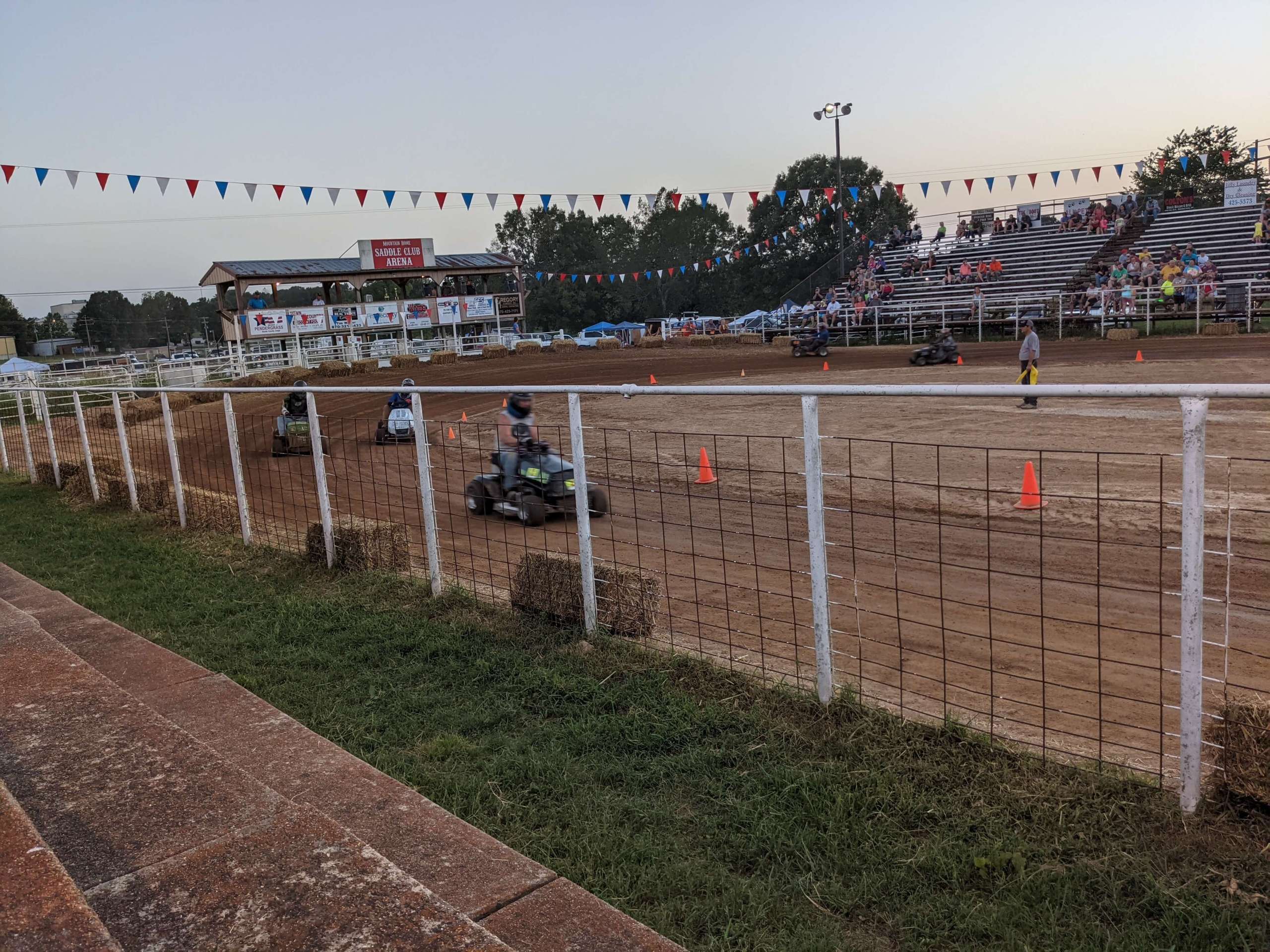 Stadium Pros has worked on projects with several school districts in Arkansas including Mountain Home, Farmington, and Cabot.

Both companies bid close to the $275,000 that was granted by Baxter County at the May 3 Quorum Court Meeting.

The county is currently evaluating the bids and undergoing their selection process to award a contract.

“Bids are under study and negotiation as to the availability date for materials and best bid for what is needed,” said Judge Pendergrass in an email statement to the Observer.

Baxter County published its Legal Notice to Bidders on May 5 inside the county courthouse. The notice also ran in the May 11 print edition of the Baxter Bulletin, buried after the classifieds section.

Baxter County did not publish the bid notice to Central Bidding, the website they contract services with, specifically for the purpose of advertising bids.

“We chose not to publish this bid on Central Bidding which as a member of their services we have the option to do,” said Judge Pendergrass.

Had the county published on Central Bidding, the bid notice would have been syndicated and advertised to firms across the nation and overseas, ending up on other websites like BidNet Direct or DelTek’s GovWin. GovWin is an aggregation service where vendors pay to monitor new RFPs (Request for Proposals) for which they offer services for.

The May 3 Quorum Court meeting vote appropriating the $275,000 of CARES grant money to the Saddle Club was not unanimous. Three dissenters voted ‘No’: William ‘Dirk’ Waldrop, Wayne Roth, and Rhonda ‘Tink’ Albright.

Originally, on April 5, the Quorum Court was presented with a resolution of intent to grant $375,000 to the Saddle Club. The request was framed as an issue of noncompliance of COVID-19 social distancing guidelines regarding the club’s bathrooms and bleachers.

The vote on April 5 failed.

All pretenses of COVID-19 social-distancing compliance dropped in the May 3 Quorum Court meeting. It was not mentioned.

The budget committee met after the April 5 meeting and recommended an appropriation of $100,000 to help the Saddle Club.

“We got into the discussion for the matter of helping the Mountain Home Saddle Club in the amount of several hundreds of thousands of dollars. Had a lengthy discussion about that and the decision was made to make it up to a hundred thousand dollars for the renovation of the restrooms and concession stand,” said Justice Davis. “It needed to be more and considerably more for what they’re trying to get done down there.”

After a spirited speech by Justice Waldrop on why Baxter County should not grant the funds at all, those in favor seemed to tire of the dissent and motioned to amend the $100,000 to $275,000 on the floor.

With the dissenters stunned in disbelief, the motion to amend had no discussion and was voted on promptly. It passed 8-3.

Appropriation ordinance 2022-24 was eventually adopted as amended for $275,000, with the renovations from the court green-lit.

As the COVID-19 pandemic winds down, a national debate has arisen over local governments’ use of CARES Act money, with critics stating that states and local governments have used the money to fund pet projects.

Broward County, Florida, dropped $140 million in American tax dollars on a new, 29-story luxury hotel overlooking the Atlantic Ocean with 800 rooms and an 11,000-foot spa. When pressed on the issue, county officials moved the money into their general fund to “offset tax revenue costs,” before silently transferring the money back to their hotel project.

“I understand how the system works. I don’t like it. That door, we’re already down that slippery slope,” said Justice Waldrop.

During both the April 5 and May 3 Quorum Court meetings, the Saddle Club’s bathrooms were discussed at length as not being ADA compliant.

“We knew we have a little problem with the bathrooms because it’s not handicap accessible, and we get a few complaints, but we really never paid attention to our bleachers,” explained Tommy Rand, President of the Mountain Home Saddle Club.

Sonia Rand, the Saddle Club’s Treasurer, stated they also spend money to repair their restrooms each year because of vandalism. The new bathroom design they are looking to implement is more ‘indestructible’.

Baxter County will not move forward on a bid notice for the bathrooms until after the bleacher bids are complete.

“We have not as of yet advertised for bids on the bathrooms and will determine as requested and instructed after the bleacher bids are complete,” said Judge Pendergrass.