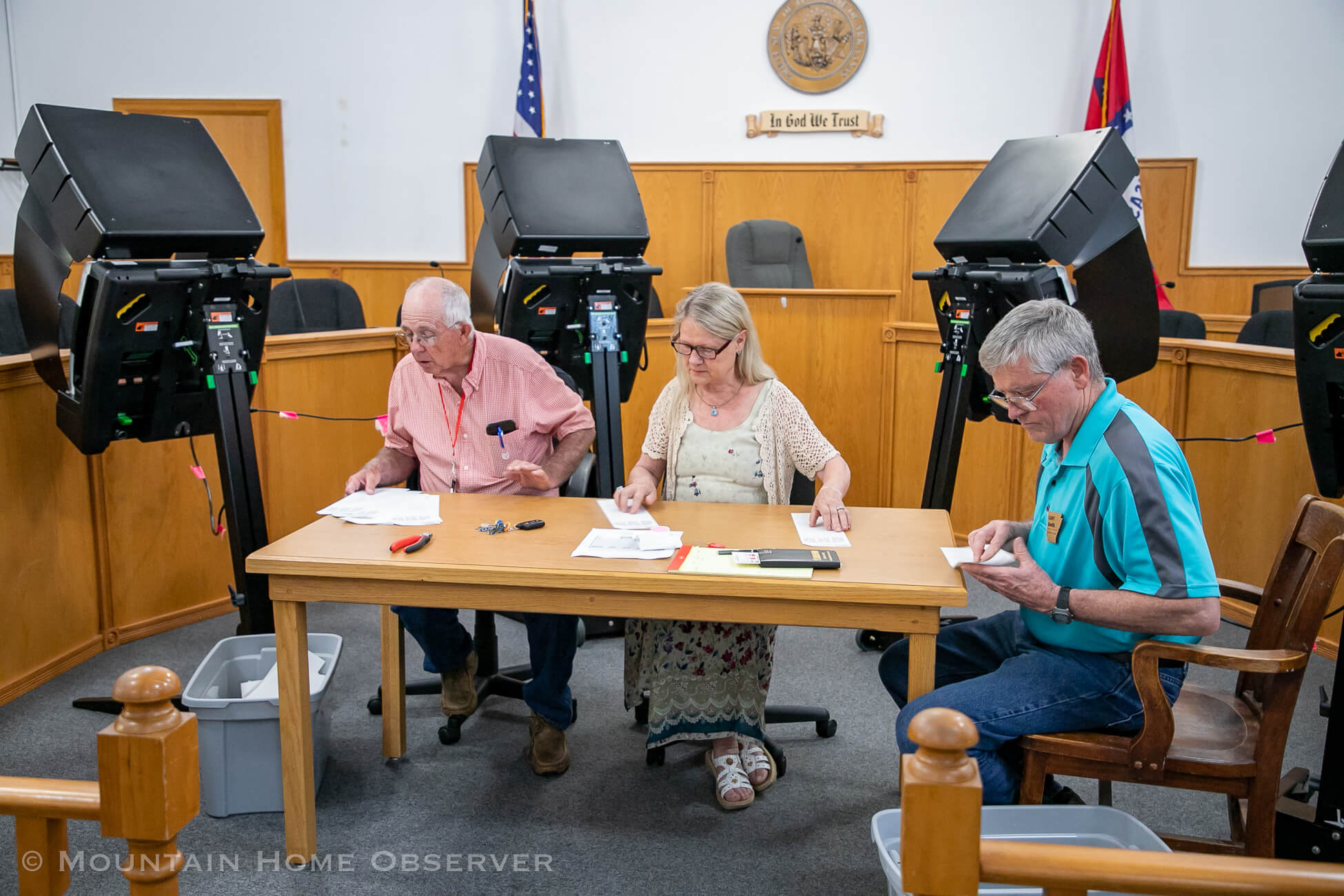 The results of the Rep. Justice of the Peace District 10 have been revealed after Baxter County Commissioners Judy Garner and Gary Smith opened the remaining ballot needed to determine which candidates would be going to next month’s run-off.

At some point, after telling both the Mountain Home Observer and the Baxter Bulletin yesterday afternoon that the rest of the county’s remaining provisional and provisional absentee ballots would be opened and counted at 1:30 p.m. on Tuesday, Garner, Smith, and Rick Peglar, the chairman for the Baxter County Republican Committee, opened a ballot to determine who would be going to the runoff in the JP 10 race between Shannon Walker, Vincent Anderson, and Sheila Wingard.

Bob Bodenhamer is said to not have been in attendance for the opening of the ballot.

Both Anderson and Wingard were neck in neck for second place, with Anderson trailing by a single vote. After opening the ballot to determine the runoff candidates, Garner then told Walker in a phone conversation that she would be facing Wingard in the runoff.

Walker then told Anderson about the results, resulting in Anderson announcing that he would be taking down his campaign signs.

The Baxter County Election Commission has refused to tell the Observer exactly when this meeting occurred and referred the Observer to their attorney.

No members of the press or public were notified that the race determining ballot would be opened before Tuesday.

“We opened the ballot because we have to make a ballot for the upcoming race to find out who’s in that race,” said Garner. “We had one candidate who got a lot of votes, and we have to have a runoff. Well, the second candidate, I know what numbers they had, let’s say 350 votes… it’s 135. The second one would be 136. Well, the one behind the third candidate had 135, and it could affect us making our ballot for the next election. We needed to find out who is in this runoff so we could put them on the ballot.”