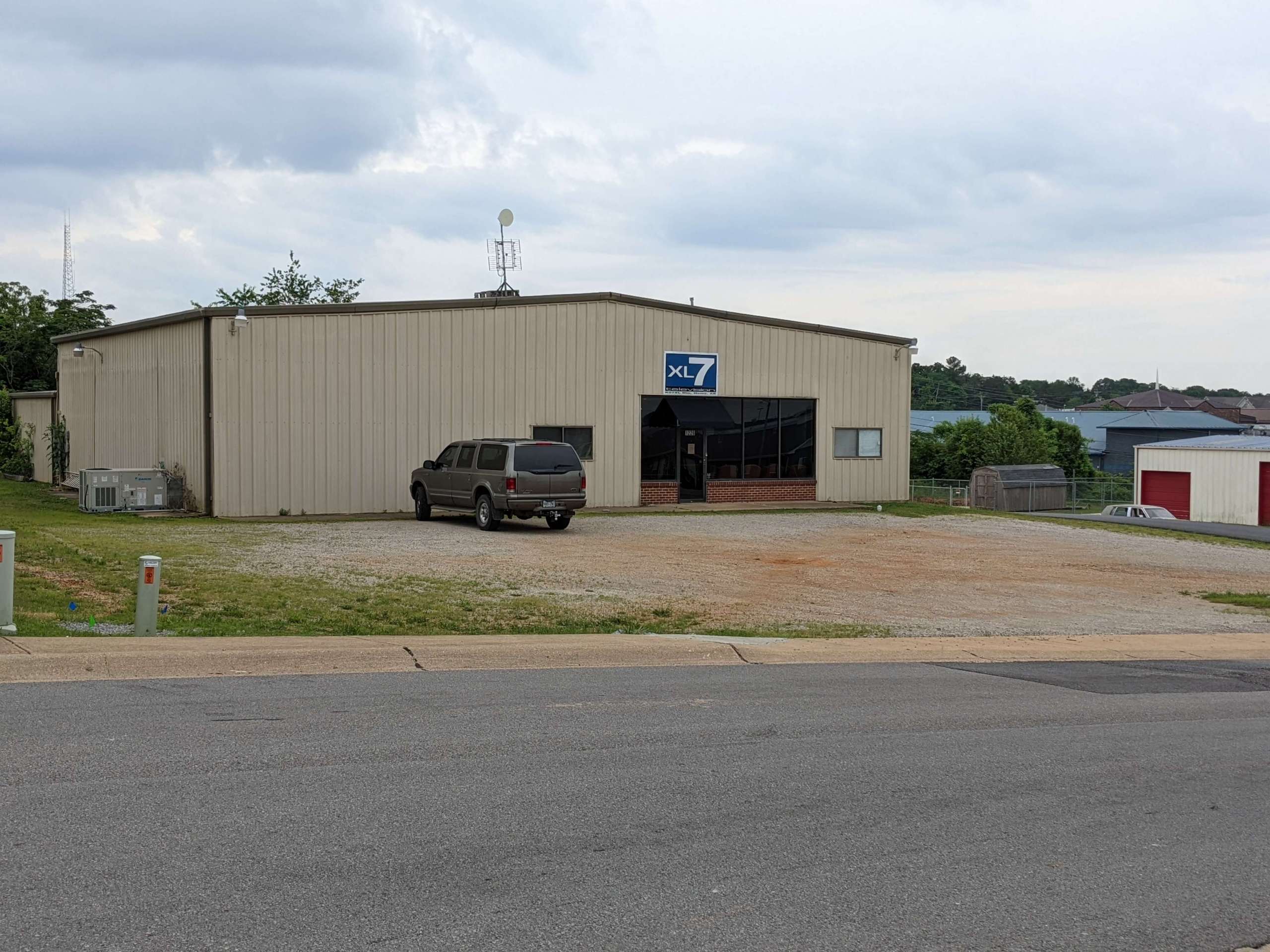 A several-month-long investigation into Reynolds Media Group, owners of XL7-TV, by the Federal Communications Commission has resulted in a $60,000 civil penalty after the media company was found to have misled viewers not only through its daily advertising practices but through an election advertising scheme created by “The Morning Show” hosts Bob Recktenwald and Scooter Callies.

The FCC agreed to end its investigation into Reynolds Media Group after the company entered into a consent decree with the commission, admitting that its actions constituted willful and repeated violations of the FCC’s Sponsorship ID Rules.

The consent decree will see the company pay out $60,000 over 60 months and appoint a compliance officer within 30 days to create an FCC compliance plan within 60 days of signing the decree.

“Reynolds conflated paid content with news, information, and public affairs programming,” wrote the FCC in its consent decree with Reynolds Media Group. “In doing so, Reynolds misled the public by creating a false impression for viewers that appearances of guests on Down on the Corner/The Morning Show constituted an expression of the Station’s editorial judgment about their newsworthiness, rather than undisclosed sales pitches for which Reynolds had accepted money. Furthermore, Reynolds’ failure to provide sponsorship identification announcements for paid appearances by candidates on a show that Reynolds held out to the public as a bona fide news interview and public affairs program was particularly egregious because such failure had the potential to undermine the public’s confidence in the integrity of legitimate political discourse.”

Allegations and the $1,500 advertising package

During the course of that investigation, the Observer spoke to Dale Hoffman, the former TV host of “Down on the Corner,” who revealed several key details surrounding the FCC investigation and the advertising scheme that had landed XL7-TV in hot water.

During the conversation, Hoffman alleged that Bob Recktenwald, an employee with the Jim Brown Company who was also appearing on various XL7-TV programs, and Scooter Callies, a host with XL7-TV, approached him about creating a temporary “Candidate Forum” on Hoffman’s “Down on the Corner” program around April 14.

Hoffman, who ran his program for over 12 years, transferred “Down on the Corner” from a radio show to a television show after XL7-TV approached him about changing his show’s format.

At the time, Hoffman said Recktenwald and Callies wanted to sell ads and saw the candidate forum as a way to raise money for the small TV station.

Campaign finance reports filed with the Baxter County Clerk’s Office confirm that these candidates and several others paid $1,500 to XL7-TV around this time.

On March 30, the owner of Shady Grover Store canceled her appearance on Hoffman’s show, resulting in an open slot that was offered to candidate for Baxter County Judge, Brian Plumlee.

Text messages between Plumlee and Recktenwald reveal that the candidate had been approached about participating in the station’s $1,500 election advertising package. Plumlee ultimately did not pay the $1,500 asked by Recktenwald and was subsequently not allowed on the air. His non-appearance was later used against him during a KTLO candidate forum.

Hoffman then alleged that Recktenwald berated him over booking Plumlee before he was fired by Gil Reynolds, a manager at XL7-TV, who then decided to turn over “Down on the Corner” to Recktenwald after promising Hoffman that his show wouldn’t be taken away from him. Neither Recktenwald, Reynolds, nor Callies returned phone calls or emails from the Observer.

Hoffman stated during his interview with the Observer that he believed that he was wrongfully terminated for not participating in and speaking out against the $1,500 advertisement scheme.

Candidates who did not pay for the $1,500 advertising package were eventually allowed to appear on XL7-TV following Hoffman’s departure. However, it is unknown if the FCC’s initial investigation letter played a role in allowing non-paying candidates to make appearances again.

Further discussions with this year’s candidates led to the discovery of an advertising flyer that Recktenwald allegedly created.

The flyer may be seen below.

In its report on its investigation into Reynolds Media Group, the FCC states that, “On April 14, 2022, the Bureau received a complaint about Reynolds’ conduct relating to its broadcast of a daily news interview and public affairs show called Down on the Corner on Station K26GS-D. The complaint alleged that, instead of selecting candidates to appear as guests on the show based on their newsworthiness, Reynolds was engaged in selling an advertising package to candidates that included interviews on the show. Because the complaint raised questions about Reynolds’ compliance with the Sponsorship ID Rules, the Bureau, on May 12, 2022, commenced its Investigation.”

Further, the FCC investigation confirmed the Observer’s reporting in that “in the Spring of 2022, Reynolds began a campaign to increase revenues at the Station by soliciting candidates to purchase advertising time on Station K26GS-D. In a printed flyer that Reynolds distributed, Reynolds offered candidates the opportunity to purchase an ‘All-in-One’ Advertising Package for $1,500 which explicitly included a personal live interview on Down on the Corner/The Morning Show. Multiple individuals who were legally qualified candidates for public office at the time purchased the Advertising Package and were subsequently interviewed (live) on the Program. Reynolds did not broadcast any sponsorship identification announcements disclosing that the appearances by the candidates on the Program were paid-for events.”

But the commission’s investigation didn’t stop there, they also found that XL7-TV had “accepted money from several commercial entities in consideration for interviewing their spokespersons on Down on the Corner/The Morning Show. Reynolds accepted $300 for each such appearance. Reynolds did not broadcast any sponsorship identification announcements disclosing that the appearances by the commercial spokespersons on the Program were paid-for events.”

Because of the acceptance of money for airtime, Reynolds Media Group conflated paid content with news, information, and public affairs programming. In doing so, The FCC charges that Reynolds Media Group misled the public by creating a false impression for viewers that appearances of guests on Down on the Corner/The Morning Show constituted an expression of the Station’s editorial judgment about their newsworthiness, rather than undisclosed sales pitches for which Reynolds had accepted money.

The FCC noted that the act was “particularly egregious.” A list of the commercial entities involved was not provided in the FCC’s consent decree with Reynolds Media Group.

While Reynolds Media Group has admitted its wrongdoing and agreed to pay a civil penalty to the United States Treasury, it still has a way to go before the company can put its mistake behind it.

Firstly, the company must appoint a new compliance officer within 30 calendar days after signing the consent decree. That compliance officer must be a senior corporate manager with the requisite corporate and organizational authority to discharge several duties as assigned by the FCC.

That person will be responsible for developing, implementing, and administering a compliance plan and ensuring that the company complies with the terms and conditions of that plan it and its consent decree.

In addition, the compliance officer must have specific knowledge of the Sponsorship ID Rules prior to assuming his/her duties.

After the creation of the company’s new compliance officer, they must come up with a compliance plan within 60 days to ensure that the company continues to follow guidelines moving forward. The company must also establish written operational rules for its employees and create both a compliance manual and training course.

In response to Reynolds Media Group’s agreement to enter into a consent decree with the FCC, the commission agrees to not hold a hearing on the investigation, nor, in the absence of new evidence, set for hearing the question of Reynolds’s basic qualifications to hold or obtain any Commission license or authorization.